Turn On, Tune In, Punk Out 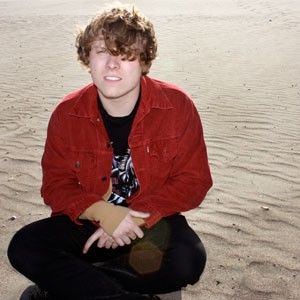 “Like a melted lollipop stuck on the bottom of your foot at the beach, you know?” he says. “A sugary sweet thing that's just like, all over your feet and you're like, ‘What the hell is this crap?' and you gotta wash it off in the ocean.”

Segall, 23, knows about beaches and lollipops. He grew up a surfer in gorgeous Laguna Beach, one of Southern California's most idyllic little beach towns, a place that spawns fleshy MTV reality shows and craptastic spinoffs such as “The Hills.”

“It was a weird mashing of rich conservative types with old school acid-burner surfer dudes and their families,” Segall says. “Timothy Leary's temple was there.”

Starting out as a small-town drummer, Segall now plays enough instruments to record most of his albums by himself — including guitar, bass and piano. The drums were crucial in influencing his guitar style, he explains, which is short on soloing and heavy on slashing rhythm. “I have to be really loud on guitar. If you can't physically feel what you're playing, I can't play well,” he says.

Several years ago he moved to San Francisco and became a well-respected songwriter in the Bay Area's incestuous garage-rock, psych-punk scene, having played with bands including the Sic Alps, the Perverts and Party Fowl. He soon began a solo career that now spans four albums and countless 45s.  His prolific output and knack for catchy, pop-inflected songs have drawn critical comparisons to the late Tennessee garage rocker Jay Reatard, who died last year at age 29 from cocaine and alcohol poisoning.

“I personally don't see the similarity, but it's a huge compliment,” Segall says. “I've been a fan of his since high school… huge fan of the Reatards and the Lost Sounds.”  He also shares Reatard's former label, Goner Records, which released “Melted,” a raucous, 30-minute blast of head-nodding scuzz pop with Segall's high vocals often filtered through echo effects. It drew widespread praise in the blogosphere, and from National Public Radio, the Onion and Pitchfork.

A self-admitted “recording nerd,” Segall delights in molding a record's sound. He attributes the wider success of “Melted” to the fact he finally got to spend more time on recording — three months at a friend's basement studio — using an eight track reel-to-reel, echo chambers and compressors. “Those psych records sound really weird and cool, and mixed with the energy and message of the punk stuff — it's just what I like. That aesthetic beauty,” he says.

Right now he's officially working only with his solo group, but says he is starting a new band called Fuzz. “My buddy and I always wanted to start a stoner rock band like Blue Cheer or Black Sabbath, so I really want to play drums with that.”

Sometime in the coming year, Goner will release a double-disc compendium of Segall's singles. He's also already finished recording and mastering his next album, “Goodbye Bread,” to be released on Drag City Records in June. Again, he plays all the instruments.

“It's a lot more psych, not as straight forwardly abrasive — still poppy stuff,” he says before giving up. “I can't describe it. It all comes from the same place, and it's all subjective anyway.”

Guru Timothy Leary, whose cremated remains were shot into the Earth's orbit along with those of Star Trek's Gene Roddenberry, would be so proud.  S

Ty Segall performs with Super Vacations and Bermuda Triangles at Strange Matter on March 7. For information, go to http://www.strangematterrva.com.