Writers and one of Richmond’s hardest-working musicians name their top performances, albums and musical moments of 2013.

Mitch Malone was the host of 99.3-105.7 Kiss FM's "Quiet Storm," a popular show that was known to music lovers and casual fans, who were shocked to learn of his death the week of Thanksgiving. Radio still matters here, and the city's response to Malone's passing proves that the broadcaster did too. Thanks for the memories.

Parliament-Funkadelic's drummer and Richmond resident Jerome "Bigfoot" Brailey dropped "Funk Road," his first album since 1995. This collection of funk and rap tracks from the Rock and Roll Hall of Fame member is a must for funk completists, but lackluster marketing has kept this road a less traveled one.

In a year when good news about Virginia State University was difficult to come by, the Virginia State Gospel Chorale gave the school something to sing about. The choir competed on NBC's "America's Got Talent" in August, though it was bounced before the semifinals. Perhaps a gospel choir singing a Madonna song was too much for the judges.

It was another year of broken promises for singer and former Richmond resident D'Angelo. An undisclosed illness led him to cancel tour dates and his comeback attempt fizzled. Fans await his third album, more than a decade in the making.

There may not be a composer in Richmond with better-known work than Stu Gardner. The writer of "The Cosby Show" theme emceed a night of jazz at Dogwood Dell, but didn't perform. Will it take an act of Cos to get the Stu Gardner Trio a gig next year?

Rapper Skillz has capped the last few years with a humorous song about pop culture events that quickly goes viral. This year he's pledged not to do that, leaving future historians to wonder: "What happened?"

The inevitable, traditional best-of-the-year list is no sooner put together than the omissions start showing up like unused parts in an Ikea assembly. But there's no danger of forgetting the biggest bits, such as the musical analogues of Matthew E. White's year-spanning tour and D.J. Williams' continued emergence as a jam-band guitar god. Or the flashy ones, like No BS! Brass toting its "RVA All Day" dose of hometown pride to the hallowed halls of Lincoln Center, or blasting "Thriller" through Forbes Magazine's Manhattan office with former presidential candidate Steve Forbes bobbing cheerfully in its wake. The big events give shape to the musical year, but it's the smaller moments that hold it together:

2. Victor Haskins guesting with pianist Jason Moran at the Virginia Jazz Festival, with jazz and hip-hop innovator Robert Glasper looking on from backstage.

4. Any of a number of bravura performances of My Darling Fury's "Blots in the Margin" — arguably the song of the year.

5. Brian Jones' Mingus Awareness Project, or the glorious cacophony of the John Cage Centenary Musicircus, or one of his Tuesdays at the Camel, or the quartet of new handcrafted CDs he's just released (including the long overdue children's recording "Broken Record Club"). Jones is a one-man "best of." 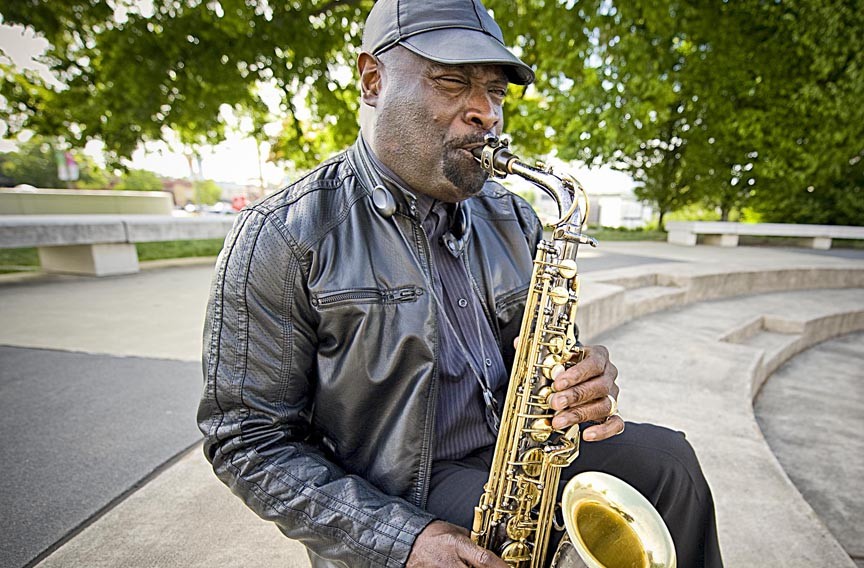 6. James "Saxsmo" Gates' joyous permutations on a melodic line while he takes a victory lap through a packed Richmond Jazz Society event at Capital Ale House.

2. Mutwawa, "Watchers from the Abyss (split with Seal Team 666)" (C.N.P Records/Anti-Everything): Mutwawa is the best analog two-piece freak show in the world. Why? Because it isn't afraid of change. And in a pinch, you can put it on and clear a room.

3. Positive No, "Via Forum" (Little Black Clouds): Catchy without being repulsive, and sweet without being seedy, needy or both. Indie pop for now people.

4. Green Boys, "Oh Delia" (CD Baby): I'm not into necrophilia like a lot of musicians are these days. They are sheep of irony playing the Sheik of Araby. The acoustic Green Boys are different. Unlike most history lessons, they give me goose bumps.

5. No BS! Brass band, "RVA All Day": The original heavy metal. And after the apocalypse, this great big, brassy love song to, from and about Richmond will sound the same.

6. Iron Reagan, "Worse Than Dead" (Magic Bullet): Finally, a thrash band that remembers that Ronald Reagan was the worst president in American history.

7. Matt Conner, "Out of This World (live at Balliceaux on Jan. 23.)": Conner writes great songs. He's also a great interpreter of other people's music. His metronome vocal rendition of Rufus Wainwright's lament was like witnessing an open wound. Easily the most brutally naked performance I saw all year.

10. Mighty Joshua, "Mighty Joshua": There are only two types of reggae music: transcendental or Jah awful. My barometer for the uninitiated is, if it was made between 1960 and 1980, it's going to be the former. After 1980, the latter usually prevails. Mighty Joshua is a notable exception. His debut release is not only in the top five reggae records I've heard in the last 30 years, but also in the top thousand reggae records ever made. I totally love this dude.

13. Devonne Harris: This guy is a freak. He can do it all; bass, drums, keyboards, DJ, vocals, you name and he can play it. And I don't mean just play it — no matter what he plays, he makes music that makes you want to be a better person. You could give him a dentist drill, a feather and eggbeater and he'd probably play a tune with them that could make you cry. A totally gifted and natural talent, pay attention to this guy. He is a rare breed. 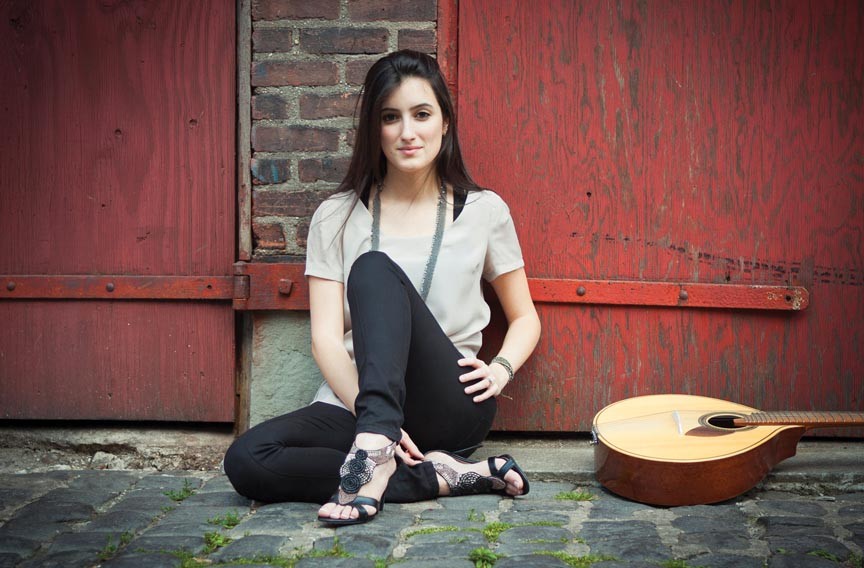 2. Charles Bradley in the rain at Friday Cheers. There was such a torrential rainstorm that the small, dedicated and drenched crowd — let in free — had to be whisked backstage beneath the bridge at Brown's Island. No matter, legit soul man Bradley still delivered a sizzling performance with the singer walking into the crowd for hugs after his stirring performance.

3. Alexandra Spalding singing Big Star's "Thirteen" on YouTube. You might know her from her up-and-coming bands Hypercolor and Avers, but when I met her she was working as a waitress at Millie's, where she first heard this classic Alex Chilton song. A naturally gifted musician, Spalding does more than nail the song in this home-shot, solo acoustic version — she brings out the longing and makes it her own.

4. Discovering a new favorite local cover band, Fear of Music. Headed by the husband-and-wife team of Nate and Chrissie Griffith, this band perfectly captures an early Talking Heads club vibe — and it's so much fun to watch them live that last time I saw them at the Camel, an old-school break dancing battle broke out during a set break.

5. Chatting with Mark Hosler at Ghostprint Gallery during the "Negativland" exhibit while a shoebox preacher across the street ranted to First Friday patrons about the coming apocalypse (which I thought was part of the exhibit). Hosler agreed it could've been.

6. Seeing Molly Ringwald sing jazz twice in Richmond. A particular highlight this December: Her version of "Baby It's Cold Outside," in which she switched up the typical gender roles with her pianist. Backstage, she floated my inner Duckie by posing for several selfies while I resisted any lame temptation to introduce myself as Jake, a local senior.

8. Seeing the Billy Ray Hatley tribute come together. The members of strong music scenes take care of their own — that's one of their most important defining traits. 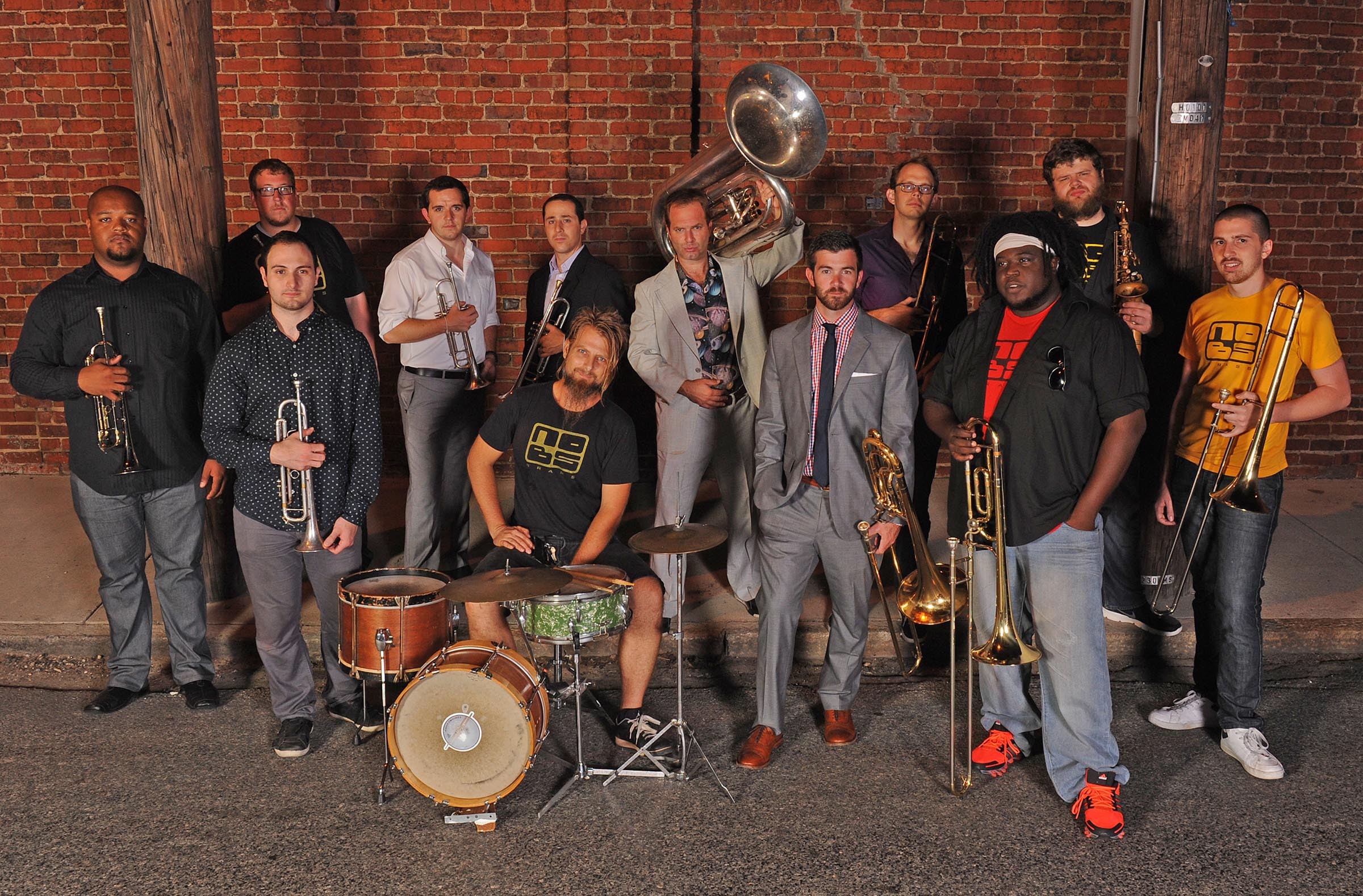 1. Playing at the Sydney Opera House two nights with Sounds of the South: A project that included Fight the Big Bull, Megafaun, Justin Vernon and Frazey Ford (one big band!). It was amazing to be on the other side of the planet in Australia with all my RVA homies. I'd missed them because we'd been so busy this year — which for a group of musicians is a very good problem to have.

2. Recording and performing with the Blind Boys of Alabama: Mind blown! I got to hang out with music history for real (a few have toured since 1940!). Life-changing. I was fortunate to be able to learn so much from those gospel masters.

3. Playing the NPR Tiny Desk Concert series with No BS! Brass: a dream come true. So many great artists, including some of my heroes, have played there. It was an honor for the hometown boys to join the ranks.

4. Fall Line Fest: Just a great example of what a homegrown music festival can be. Lots of different genres of music at lots of different venues in town. It's the kind of the thing the RVA community really needs. I hope the cool people who run it pull it off every year.

My top albums of the year are:

1. "My Dearest Darkest Neighbor," Hurray for the Riff Raff: Former train kid Alynda Lee Segarra has a timeless voice that pairs well with a selection of cover songs including ones from Leadbelly and Gillian Welch.

2. "The Lone Bellow," The Lone Bellow: Oh, sweet, sweet harmonies. Granted, this is polished-off Americana but it's so damn good you're willing to forgive its produced perfection.

3. "Silence Yourself," Savages: This London band's fearless debut will pummel your senses with a post-punk assault and occasional new-wave notes. 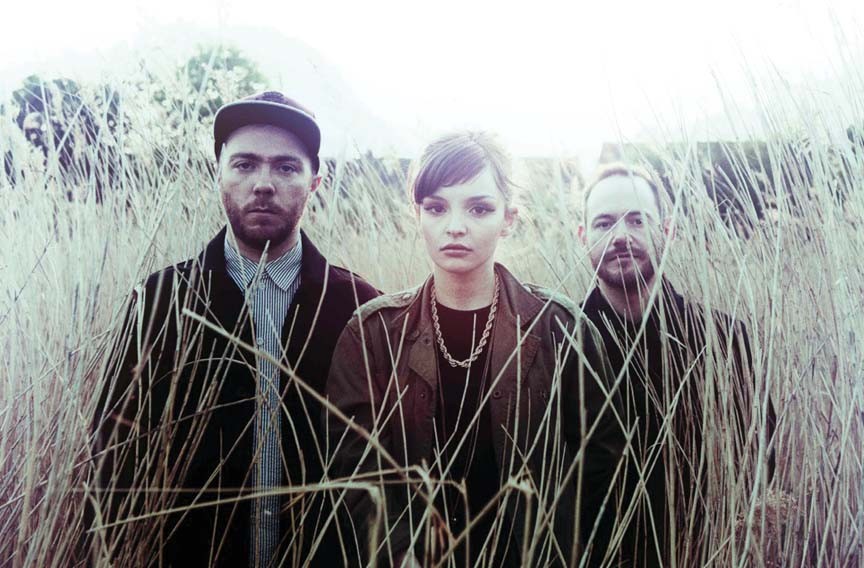 5. "Major Arcana," Speedy Ortiz: Marked by raggedy distortion and hulking chunks of bass, the dream of the '90s is fully alive on this western Massachusetts band's debut without being derivative. 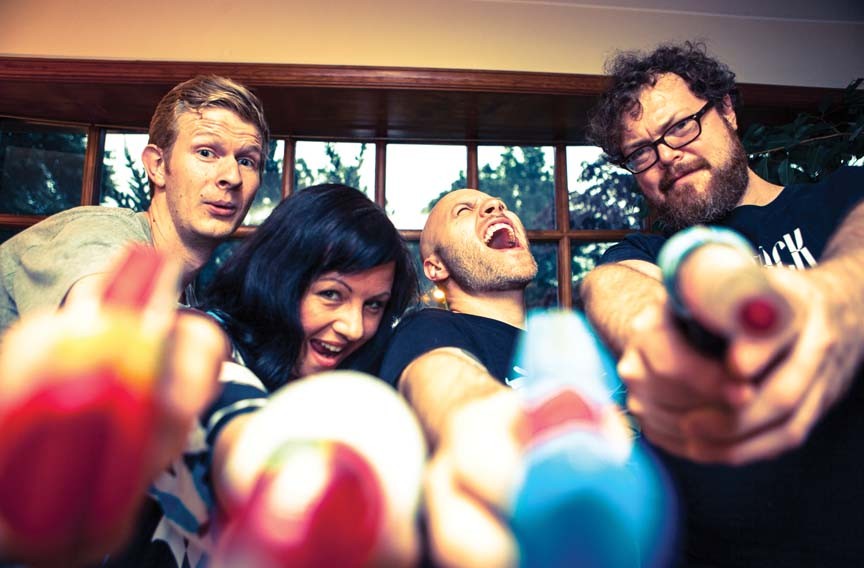 6. "Via Florum," Positive No: Bursting with RVA flavah, Tracy Wilson and company made us proud with a collection of five frolicking tracks that got praise from Rolling Stone and Stereogum and other notable music sites. C'mon full length.

7. "Run Fast," The Julie Ruin: Kathleen Hanna is a living legend who may have stepped away from the stage for a few years, but never lost the fire inside to make uncompromising music. Her return alongside Bikini Kill bandmate Kathi Wilcox and other talents is a mighty one that reminds us not to settle.

8. "Essential Tremors," J. Roddy Walston and the Business: If you like that ol' time rock 'n' roll with a little Southern sumpin' sumpin, this ones for you. See this band live if you know what's good for you. You're welcome.

9. "The Worse Things Get …," Neko Case: There's no arguing that Virginia-born Neko Case is one of the most compelling songwriters of our generation, but on her latest album she trades in dreamy metaphors for unabashed introspection and tackles topics such asdepression and terrible parents. We're left all weepy, like in the wake of a beautiful, broken affair. S