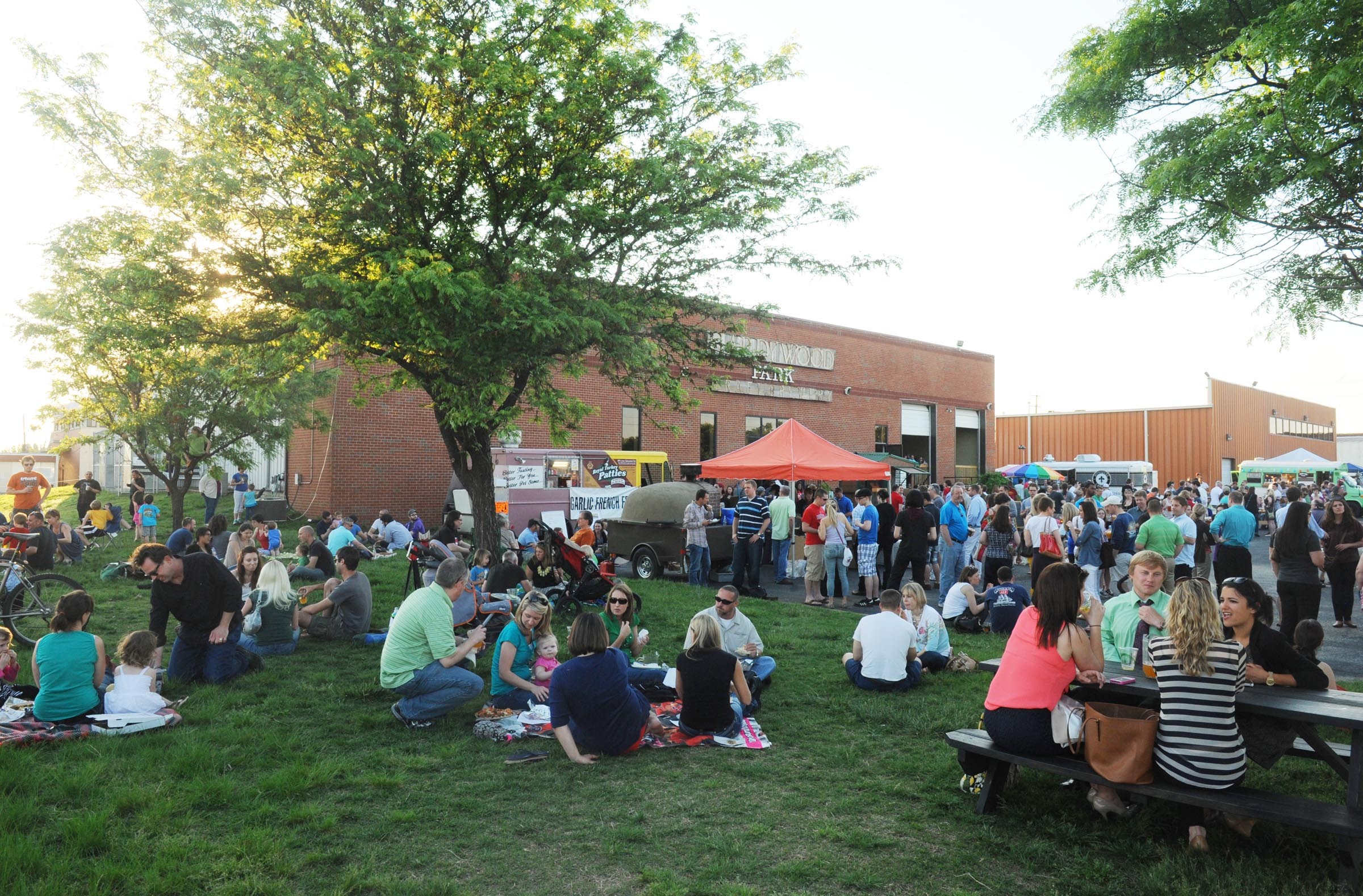 From the moment Richmond's winter gives way to warmer temperatures, it's a city that wants to be outside. Fortunately, plenty of kitchens are following diners there in the guise of food trucks gathered for a unique take on dining al fresco.

With the success of last year's food truck courts, it was inevitable that this year's would be bigger and better. The Virginia Historical Society plays host to a court in its parking lot on Tuesdays and Fridays from 6-9 p.m. The strength is the setting, with picnic tables scattered under trees and lush lawns for spreading blankets. On Wednesdays, the food court is at Chesterfield Town Center from 5:30-8:30 p.m., a boon for South Siders. And Hardywood Brewery holds one on Thursdays from 6-9 p.m. Its strength is access to beer.

All locations are family-friendly, but the sheer numbers of young children at Hardywood make it seem almost like a weekly play date, with strollers lined up along a fence.

The food trucks change, but on any given night there are enough dining choices for most tastes. Mexican food abounds with popular Westover Hills restaurant Cielito Lindo ($3 tacos) and the West End's Habanero (three tacos for $7) doing traditional style, and Boka riffing with Asian-Mexican-American fusion tacos ($3 each). Chupacabra lets you pick an entree (burrito, burrito bowl, torta or nachos, $6-$7) and choose the meat, salsa and toppings.

Pizza Tonight's wood-fired oven pizzas include the RVA pepperoni using Olli salami ($10) or the fig and pig (prosciutto, fig preserves and gorgonzola). A newcomer to the fray is the Meatball Co., offering sliders of classic Italian meatballs with tomato sauce, Carolina barbecue or buffalo chicken with a choice of two sides, including excellent roasted vegetables (choice of three plus a side, $8).

For fried street food, Curbside Creations is a Cajun-influenced truck with an array of po' boys, including alligator and shrimp ($9), with breading so perfectly spiced you'll wish the seafood came in a basket rather than on a roll. For sheer novelty, check out its mac 'n' cheese, deep fried into triangular pieces. Flynn's Foods is the place to score fairlike food, say a corn dog ($3).

Asian choices are limited to Thai Cabin, but executed as well as at its storefront location. Coconut curry lettuce wraps ($3) are messy but full of contrasting flavors, and the back-fin crab wontons ($6) are fried up in two minutes and ooze with warm cheese inside a crispy, not oily, shell. Magna Carta does a variety of creative panini, such as a short rib grilled cheese on ciabatta ($8). Station 2's chow bella burger ($9) is flavorful, and it gets points for making bottled water a side.

Dessert lovers will have a tough time choosing. At Paris Creperie, you can watch while crepe batter is poured and lifted before being filled with your choice of sweets, such as Nutella with bananas and strawberries ($6) or savories. Super Fresh Carts make their own cookies and marshmallows for s'mores ($4). They're worth trying for the killer marshmallows, but also because you get to choose the chocolate — milk, dark or flavored. Chupacabra does a dessert of the day, sometimes flan ($2). To revisit childhood, try Mr. Softee ($3) for a two-tone cone of vanilla and chocolate, or Soul Ice for one of its uniquely flavored frozen treats. For an updated take on childhood, King of Pops does paletas, Latin American-style fresh fruit ice pops.

Navigating the trucks at any of the food courts is easy, especially knowing a few basics. The good news is all of the trucks take plastic money, which surprises many people. Lines can quickly get long, so arrive early or late to avoid critical mass. Most importantly, don't come expecting fast-food service, because you'll usually have to wait while your food is prepared. In some cases, I was told it would be 15 minutes though it was longer. Pros know to order from one cart and then go order at another, returning to the first in time to collect the food and leave a little something in the tip jar. If you think of the food carts as little restaurants with reasonable prices, there's no reason not to be willing to wait. After all, Richmond is a city that likes to be outside. S

RVA Street Foodies is the umbrella organization for local food trucks and a good source for what's going on. To keep up with which trucks will be where, follow @RVAstreetfoodie or like its Facebook page.