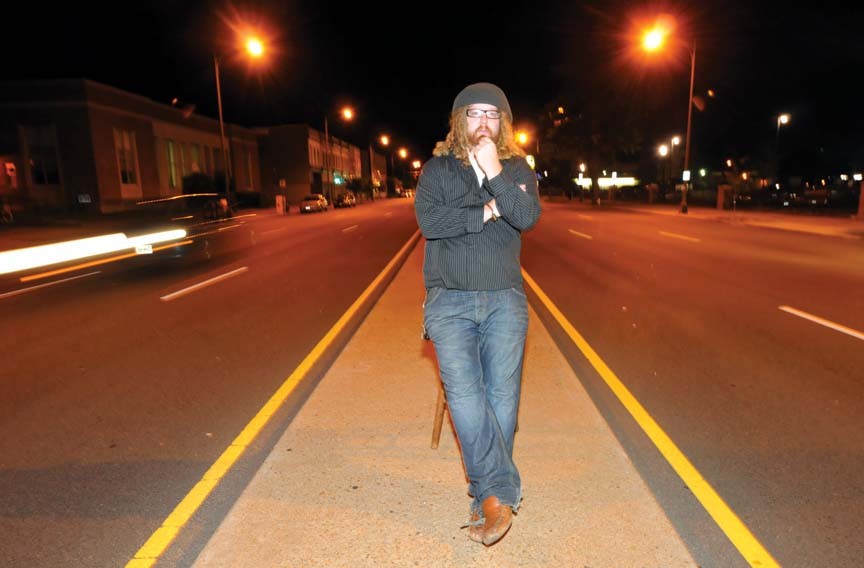 Time is money. And for most retail businesses, good parking is both.

That's what Rand Burgess says he was attempting to explain to Richmond police officers outside his restaurant two weeks ago — just before they arrested him.

In the four years since Burgess opened the Camel, a restaurant and popular music venue in a relatively retail-less section of West Broad Street, city police had ignored the signs that prohibit parking from 11 p.m. to 4 a.m. on the street's 900 to 2200 blocks.

Officers showed up May 31 and started ticketing.

After asking the officers to give him "a few minutes" so he could alert his customers to move their cars, he says, police started issuing citations. Burgess was incredulous. "I was blocking my customer's license plate," he says, when an officer instructed him to move, explaining that he was obstructing justice.

"There's no justice in these parking tickets," Burgess shot back, before being arrested, cuffed and taken downtown.

Since the incident, Burgess quietly has become a martyr of sorts. An online petition to have the signs removed had more than 800 signatures as of Monday. And it's become campaign fodder in the 2nd District City Council race, between incumbent Charles Samuels and challenger Charlie Diradour. A hastily called meeting involving Burgess, Samuels, Richmond police, officials from the Public Works Department and the West Grace Street Association is scheduled for June 15 at the Empress, another restaurant on West Broad.

"I think it's really important that we listen to what the residents and the businesses in that area have to say," Samuels says. "I know just about everyone has an opinion on this."

Parking long has been an issue in the city, particularly in the crowded Fan District, which shares streets with Virginia Commonwealth University students. But along Broad Street, the city's main drag, the problem hasn't been a lack of available spaces. Beginning in the 1970s and into the '80s, Broad became more desolate while retail businesses moved to the suburbs. Vacant storefronts pockmarked the corridor, inviting crime and loitering. Cruising and prostitution became problems.

To alleviate cruising and street loitering the city erected no-parking signs from 11 p.m. to 4 a.m. on West Broad in the late 1990s. By and large, the signs worked, giving city and university police a tool to keep the streets clear at night. In the last decade or so, however, restaurants, art galleries and new retail businesses started coming back. VCU built the Siegel Center. Lowe's opened a new store. Kroger, Starbucks and other retailers popped up in the corridor while VCU expanded.

Some urban planners say that as Broad shifts from a crime problem to a retail corridor, so should the parking policies.

"You finally have an area that is starting to come back and starting to thrive," says Doug Cole, an urban planner and partner at Cite Design, and a member of the Richmond Planning Commission. "Taking the cars away just makes it look like a dead street."

Removing cars from the street, even late at night, not only hurts the businesses but also "deactivates the street," Cole says. "They fixed one problem and to me they've created several other problems," he says. "To have a block or two or three of vacant buildings is a much more difficult problem to fix than the one they addressed."

The parking issue isn't one to be taken lightly, says Robert Gibbs, an urban planner and managing principal of the Gibbs Planning Group in Birmingham, Mich. "On-street parking is essential to on-street retail," Gibbs says. By removing parking, cities are actively killing businesses: "They are creating a place that becomes perceived as unsafe and then it eventually becomes unsafe."

The general consensus among businesses on West Broad and local neighborhood associations is to take the no-parking signs down. Cruising hasn't been a problem for more than a decade, says Alyse Auernheimer, president of the West Grace Street Association. Neither the Richmond police nor VCU police report an increase in crime in the area, or a cruising problem. The sudden crackdown came after a resident's complaint sparked a meeting in late May between public works, campus and city police officials.

"That problem has existed for years," Auernheimer says. "The reason we don't have cruising is because businesses are there now. Nobody cared if somebody parked out in front of a vacant building."

While the neighborhood association hasn't taken an official vote on its position, Auernheimer says most people she's contacted about the issue are in favor of taking the signs down. Parking is at a premium along West Grace and in the Fan, so much so that earlier this spring the West Grace Street Association and Fan District Association began working together to figure out how to increase on-street parking for businesses and residents in both neighborhoods.

Eliminating late-night parking on West Broad, home to restaurants such as the Camel and Emilio's, along with the Firehouse Theatre, likely will lead to spillover along West Grace — meaning fewer spaces for residents.

Gibbs, a leading expert on urban retail, suggests a comprehensive study of parking in the retail districts, and then eventually moving to metered parking — even late at night. Parking is tricky, he says, and politicians and business owners often are too quick to assume parking meters are a deterrent. "Small businesses cannot afford to advertise and they need to be able to have those impulse stops," he says. Metered parking prevents shop owners and their employees from taking valuable parking spaces in front of shops for long periods, and it discourages loitering. People tend to be more aware of the time restrictions when they physically drop coins in the parking meter. On average, Gibbs says, a parking meter generates between $150,000 and $220,000 per year in additional retail sales.

The point: Parking issues aren't to be taken lightly. It's a lesson Burgess is learning the hard way. Since the city started enforcing the no-parking restrictions, he's taken to setting up a chair in the median of Broad Street to warn customers about parking in front of his business. It's depressing, he says: