Trolleys May Be Back 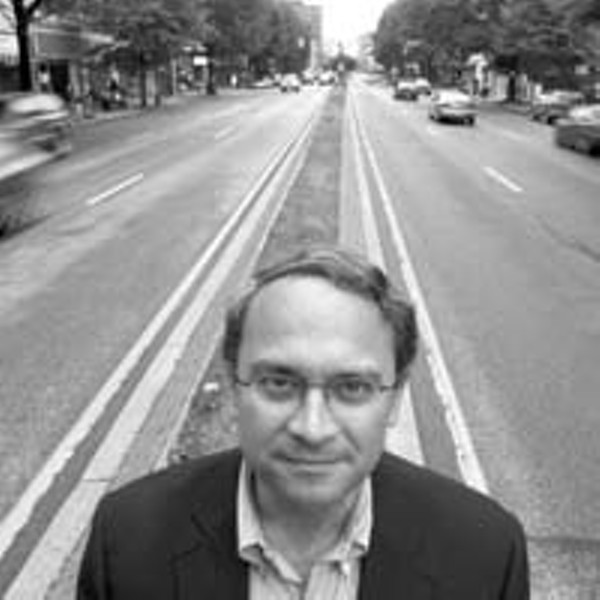 It's an answer to population density, Pantele says. In seven years, downtown Richmond has been transformed, he says. Economic development and residential growth are a reality. He cites the recent spate of VCU student housing and retail stores along Broad Street, as well as numerous upscale and in-demand condominiums, particularly around Belvidere near Monroe Park. "It's all good," he says, "except the density is causing infrastructure problems we didn't have before."

With the influx, traffic and parking become more serious issues. The city issues 2,500 parking tickets each month in the Fan and VCU area. Parking on thoroughfares downtown is prohibited from 4 to 6 p.m. Add to this an effort by neighborhoods to restrict on-street parking to residents, limited, expensive parking decks, and high gas prices, and it's easy to see how alternatives to driving might appear attractive.

Pantele says trolleys are the future. But it's a familiar forecast.

After several tries, Richmond's love affair with streetcars started up again in 1997. But one year after the trolleys were reintroduced, riders had peaked at 7,000 a month before declining to 4,000. The city's budget for the shuttles shrank from $750,000 to $450,000. The quarter-a-ride trolleys stopped.

In 2003 city officials and downtown boosters rallied for their reprise. The Downtown Richmond Historic Streetcar steering committee was formed. Public meetings were held and multimillion-dollar costs were projected, but plans fizzled.

"In 1998 we didn't have the plan or the prospects," Pantele says. Now, he insists, both are in place.

George E. Hoffer, professor of transportation economics at VCU, isn't sure. Hoffer's been a regular skeptic of localities attempting to create new urban transit systems — especially Richmond. Hoffer hasn't seen Pantele's proposal but says that for any circulator to be successful, it must bring VCU's ever-sprawling campuses together, link area sports centers and include a spruced-up Boulevard/Hermitage Road area. Without VCU onboard, he says, a downtown circulator is destined to fail.

Pantele seems to have anticipated this argument. He's "spoken a few times" with VCU President Eugene Trani about how VCU could benefit. Trani has appeared interested, Pantele says, but hasn't committed. A VCU spokesman did not return calls by press time.

Pantele projects that the circulator will cost about $2 million annually to operate, not including startup costs for purchasing vehicles at $250,000 apiece. Pantele hopes to convince VCU to contribute $700,000 — $200,000 less than what it spends in "student mobility" transportation costs for bus service and on-demand vans. An additional $500,000 would come from a kind of upkeep tax on businesses and property owners. The rest would come from such sources as increased parking fines.

"In general, we're 100 percent behind the concept," GRTC's Lewis says. Lewis worked on a similar project as director of bus services in Baltimore. It failed, he says, because the city didn't have the right vehicles for the job.

In Richmond, that may be the easy part, he says, considering GRTC's "flexibility" and its various vehicle styles. The challenge will be logistics, Lewis says. He says the route structure isn't in place to support the proposal, and asks: "How do we balance what meets the demand without taking away from our current services?"

Pantele says timing holds the answer. His plan has taken three-and-a-half years to formalize, he says. It calls for a different kind of trolley from a "little cutesy tourist amenity," he says. It would be an efficient hybrid vehicle that would operate from early morning late into the night, arrive at stops every eight minutes, include two well-conceived routes and, ideally, be free to local riders.

A trolley's primary route would go west on Broad Street from 14th Street to the Boulevard, turn left, travel 10 blocks or so and take a left on Main. (Yes, a left. Pantele's proposal calls for reverting Main from Belvidere to Boulevard to a two-way street as a "traffic calming" device and a "boon" to nearby businesses.) The trolley would return to 14th Street via Belvidere and Cary Street.

Pantele says his system and its stops would attract diverse riders — downtown residents and workers, VCU and MCV students, and tourists. The influx of people in and around downtown is key, he says — as much an answer to the transportation problem as a cause of it. "We're tripping all over ourselves," he says. S