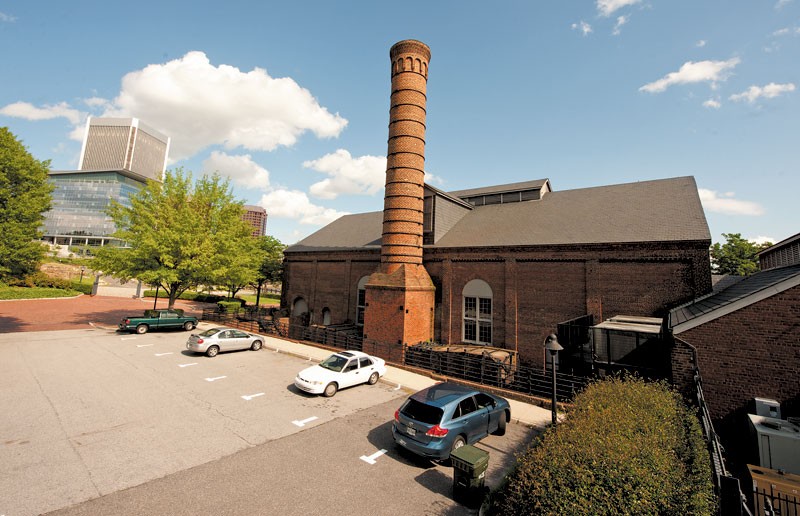 Known as the Arsenal of the Confederacy, Tredegar Ironworks began operation in 1838. Although the complex once included dozens of mostly brick buildings, the architecturally impressive cannon foundry building, built in 1861, is one of the few still standing. The company was owned and operated by Gen. Joseph Reid Anderson and produced more than a thousand canons during the war. In April 1865, as flames spread to nearby buildings, Anderson stationed armed guards here to protect the operation. It survived the evacuation fire and by late summer of that year was again operational.