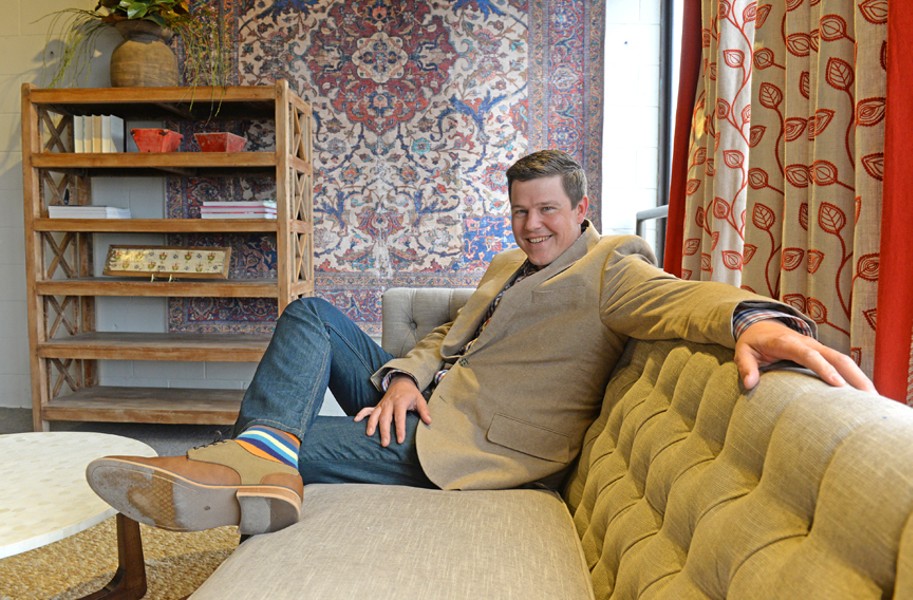 In 2003, Travis Hamilton moved to Richmond from Winnipeg, Manitoba, which he affectionately dubs the Midwest of Canada. He took a job with a furniture store and settled into his new hometown. But just a few years later, the Great Recession hit his company hard.

"I needed something to do or go home back to Canada," Hamilton says. So he started U-Fab with Mike Dender, and focused on fabrics for home décor. Starting out with 1,100 square feet in the Fan, U-Fab expanded within a year. By 2013, inventory had spilled over to an outlet at Chesterfield Town Center. But in 2016, consolidation was in order and all operations moved to the current space at 7921 W. Broad St.

U-Fab has become a lifeline for suppliers who otherwise lost clients during the housing downturn. "They were thrilled to have a new customer," Hamilton says.

Hamilton has used his business to help Richmonders in need, too. In October he held a Chair-ity Design Challenge, where pre-owned chairs were made into works of art. All proceeds went to Caritas, a local nonprofit that seeks to solve homelessness and addiction. U-Fab went on to provide employment for people who've been through the works program at Caritas. Hamilton's family has personally suffered and lost loved ones due to addiction, so he feels it's important to keep that hiring channel open.

"It's hard when people don't have options or support systems or family," he says. "We've seen what happens when people can't break the cycle."

Hamilton's determination keeps his sights on brighter horizons, though, and at the end of the day you can find him at the YMCA basketball court, mentoring tomorrow's talent.