A crash in the global market for recycled materials could end Richmond’s participation in the region’s recycling program. 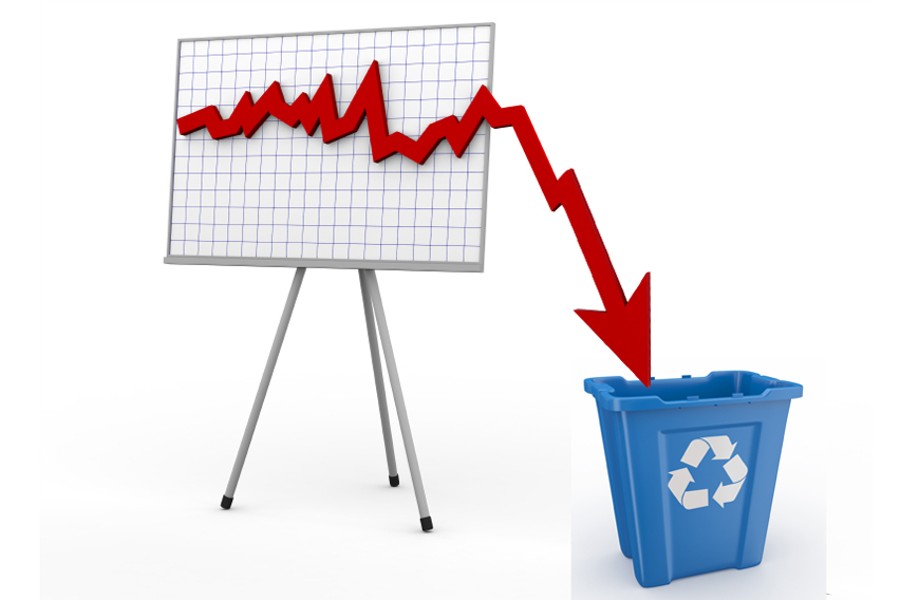 Richmond's administration is considering pulling the city out of the region's 29-year-old recycling program due to rising costs. If the city opted out of the Central Virginia Waste Management Authority, which services seven jurisdictions, residents could have the option of being billed directly by a private-sector company, says Sharon North, a spokeswoman for the Public Works Department.

She adds that there is "no definitive time frame at the moment" for when these or other recommendations on the future of Richmond's participation could be brought before City Council. The body recently approved a midyear cash infusion to meet a $1.6 million shortfall in the Public Works Department's budget —mostly due to increasing collection costs for household recycling and changes in contractual obligations to the waste-management authority.

The ebb in global demand for recycled materials has impacted municipal recycling programs across the country. Starting in 2018, China — formerly the world's largest market for these materials — phased out imports of waste to be recycled in that country's processing plants. The freeze created a surplus of waste fiber and other materials in localities throughout the United States and other nations, sharply driving down their cost. As a result, many facilities that sort and gather recyclable materials have shifted losses to localities.

City Councilwoman Kristen Larson is worried that residents may not choose to participate in a direct billing program if the city pulls out of the regional authority.

"I don't know about opting out of [the authority] altogether and having residents take care of it on their own," she says. "My concern is that people would just not recycle at all and we would end up putting more in our landfills, ultimately."

Larson adds that she "never likes increasing fees for residents" and that the city needs to "come up with a long-term strategy" that would incorporate sustainable waste-reduction actions in addition to recycling.

Prior to the market volatility, participating localities received a $20 subsidy for every ton of recyclable materials processed at the Chester plant of the contractor Tidewater Fibre Corp. In March, the authority renegotiated its contract with the plant to allow the company to assess a $30 per ton surcharge for participating localities. Richmond generates about 11,000 tons of recycling annually.

Collectively, Richmond and the six other localities that remain — Ashland, Chesterfield, Colonial Heights, Henrico and parts of Goochland and Hanover — saw costs increase by a combined total of $536,888 in fiscal year 2017-18 to $1.76 million this year. Facing similar struggles, Hopewell, Petersburg, Prince George, Charles City, New Kent and Powhatan have left the authority.

Additionally, the county pays $231,000 annually to subsidize recycling costs, which covers revenue lost from 20,000 residents who have opted out of the program. The authority doesn't track which addresses do not pay, so that means these residents could receive free recycling services if they placed bins at the curb. The county administration also estimates the subsidy could go up to $767,000 due to market upheaval.

Chesterfield is considering either raising its annual recycling fees to $40 per household, or transferring services to a direct-billed program.

Due to the fact that Chesterfield's participation provides the lion share of revenue for contractor TFC, the county's decision to remain in the regional recycling group affects other localities, said Scott Zaremba, Chesterfield's deputy administrator. He also acknowledged the impact of market volatility on the regional company.

"This isn't just a Chesterfield issue, all participants in the CVWMA curbside program are affected. This is also impacting the entire nation," he explains. "We value our small businesses, which is why we are working with our partner CVWMA, and their subcontractor TFC, to find a solution that is fiscally responsible and mutually beneficial."

North said Richmond may be forced to "opt out of [the authoirity] particularly if Chesterfield opts out in December."

The loss of China as a market for recovered fiber, which includes cardboard, newspaper and mixed papers, has been crippling despite U.S. paper mills picking up some of the slack, Phillips adds.

Over last two years, prices for recovered fiber have declined by as much as 75 percent. Recyclers have begun to work with U.S. mills and brokers importing directly into South Korea, India and Indonesia, which are also feeling the strain of foreign recyclables.

"[It's] economics 101, excess supply plus limited capacity equals low pricing everywhere," Phillips says. "Pricing has not been this low since 1993."