The many ways Virginia Rep is staying busy during the pandemic. UPDATED 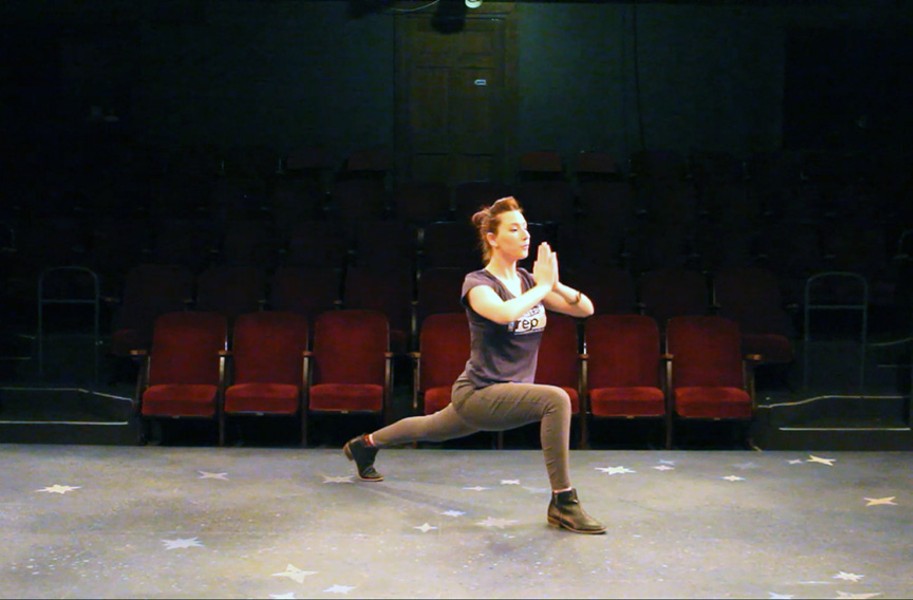 UPDATE: Since this story was published, Virginia Rep has announced it is parting with Artistic Director Nathaniel Shaw. From the press release:

"The COVID-19 pandemic has dealt an unprecedented blow to the theatre industry nationally, disrupted the careers of virtually every theatre artist in America and forced theaters to restructure to weather the storm to emerge strong whenever it lifts. Under these circumstances, Artistic Director Nathaniel Shaw and Virginia Rep are parting ways.

His four years with Virginia Rep brought new dimensions and new excellence to our stages, in choreography, dance and in many outstanding productions, and new works, new artists and new collaborations with the national artistic and producing community. He worked passionately and tirelessly for the theatre he loves and the community it serves. We wish him the very best. Co-founder and long-time Managing Director Phil Whiteway will continue to lead the organization."

During a recent live streamed summer camp class, Irene Kuykendall, education manager at Virginia Repertory Theatre, asked the kids to go and find costumes in their home and return to the screen in character.

One virtual camper returned to the screen with a blanket. She wrapped it around her body and explained that her character was a burrito. Later she dropped to the floor and rolled back and forth – an act of self-preservation – since nobody wants to eat a dirty burrito. Another camper created a magician character, declaring his exit from the Zoom call at the end of class as his “final trick,” a disappearing act.

“Just seeing their individual creativity with something as little as putting on a costume, I was so impressed. They were just brilliant,” Kuykendall says.

This isn’t exactly how Kuykendall had imagined teaching her summer camp classes, but they’re more important now than ever, she says. For students and instructors, they provide welcome respite from the necessary solitude during a global pandemic. Kuykendall mentions how one camper’s father convinced other parents in the neighborhood to sign their kids up for virtual camp so that the kids could have some structured, scheduled time together.

“I really wanted to make space for them, to be sure that they can get the socialization time in,” Kuykendall explains. “We all miss in-person instruction, too, so in the synchronous classes, they get to interact with each other. For us, the instructors, it’s the highlight of the week.”

In addition to moving the summer camps online, the theater company has been churning out a robust offering of online content for the community over the past few months.

Artistic director Nathanial Shaw says that when staffers first realized Virginia Rep doors would be closed indefinitely, they wanted to quickly identify a theatrical way to chronicle the moment, as well as “provide a creative outlet for the amazing theater artists … and provide compelling content to our audience to keep our art form and our community in their hearts and minds.”

Access to live performance has always been a priority at Virginia Rep, Shaw adds, and he hopes these experiences further that mission even after the pandemic.

“I expect some of the digital tools we have been forced to explore will become part of our ever-expanding efforts for the community to experience the work,” he says, adding that he is proud of the entire theater’s family for their flexible, creative and innovative work during a stressful period.

In addition to virtual summer camps, parents looking for some educational summertime fun to keep stir-crazy kids entertained might try the At-Home Activities, which pair online stories kids can read or listen to with fun, engaging lessons and reading guides.

“I wanted the At-Home Activity guides to provide a fun, engaging and relatively educational experience for children,” says arts in education manager Amber Martinez, adding that she hopes they serve “as a time for connection and learning together” for families.

Martinez also developed the Bedtime Stories series of videos, in which local actors re-imagine, reinvent and reinterpret folk and fairy tales from all over the world.

So far, this series has included storytelling from Desiree Dabney, Marjie Southerland, Josh Mullins, Dixon Cashewell and Jacqueline Jones, all filmed by the actors in their homes, each with a classy “Masterpiece Theatre”-style introduction from Gordon Bass.

“The Bedtime Stories have been so well-received. The online comments have been wonderful and heartwarming to read during these uncertain times,” Martinez says.

The Hope From Home Monologues feature local playwrights’ interpretations of stories submitted by members of the community as they live through the pandemic.

“The Hope From Home process asked for stories from our community, interpretation and inspiration from the playwrights, and the excellence we have all grown to expect from Richmond’s actors,” Shaw notes.

Together, these shorts comprise a time capsule of our current experience, as host Katrinah Carol Lewis says in her introduction. The five videos already released include actors relaying tales of neighbor trouble, new jobs, victories and frustrations in the kitchen and the garden, and many more personal yet universal tales of life in Richmond during this global pandemic. Shaw says this series will continue, with one new video a week, until the theater has released all episodes in the 16-part series. There’s plenty more Hope From Home to come.

In addition to the monologues, the theater has been releasing new videos weekly to its Dark Night Duets series, headed up by musical director Anthony Smith. It offers audiences an intimate showcase of the amazing vocal talent that they have enjoyed on the Richmond stage.

‘I would love it if we could find a way to have people who either would be on our stage in ‘Chicago,’ or people who had very recently been on stage – to keep that energy going,” Smith says, noting that he wanted to keep people focused on local talent.

The videos, which require a lot of editing in postproduction, are made to feel as if the viewer has just dialed in to a Zoom call performance. The title of the series refers to the dark nights at the theater when the lights are down and the curtain stays closed. That’s every night for the foreseeable future, but this series, with its Zoom meeting appeal and ability to go on whether or not the theater is open, speaks to live performance’s ability to transcend limitations.

“Our artists have all been really excited to do it,” Smith says, “and it is a way for me to continue to feel like a collaborative artist, because even in this strange and remote way, I’m still working with our artists, and that does my heart good.”

Shaw is quick to add that “there is also the right and necessary call to action for all of us to review our business model and community engagement through the lens of equity, diversity and inclusion.” He adds that when the coronavirus seems like a distant memory, the theater will be a stronger organization for having lived through it.

“And we will use that strength to ensure that Virginia Rep is … a theater for the entire community.”