"I Will Find You" 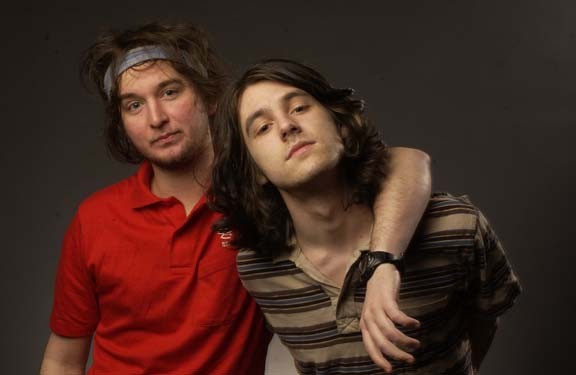 "It was a song of his that I always wanted to record with him," Teddy Blanks (above right) says of "I Will Find You," a tune written by Ross Harman (left), his former partner in the electronic pop group, the Gaskets. Harman took his life Sept. 6, and the reverberations within the Richmond music community still can be felt. A tribute CD, featuring the best of his songs, is being readied for a summer release, with artists such as VCR, White Laces and the Atkinsons contributing tracks (more at rossharman.com). The centerpiece, though, is this searching take of "I Will Find You." Of late, Blanks, fresh from scoring longtime friend Lena Dunham's cult film comedy, "Tiny Furniture — has been working on a solo album. "I recorded it in my closet," he says, still getting over his former friend's death. "I'm going to call it 'Therapy.'"

NOTE: The print version of this story listed an incorrect web site and incorrectly listed the No BS Brass Band as a contributor to the tribute CD. We regret the errors.

08 I Will Find You by Teddy Blanks