Redskins roundup: no go-go dancers, no sponsorships and no attendance guarantees. 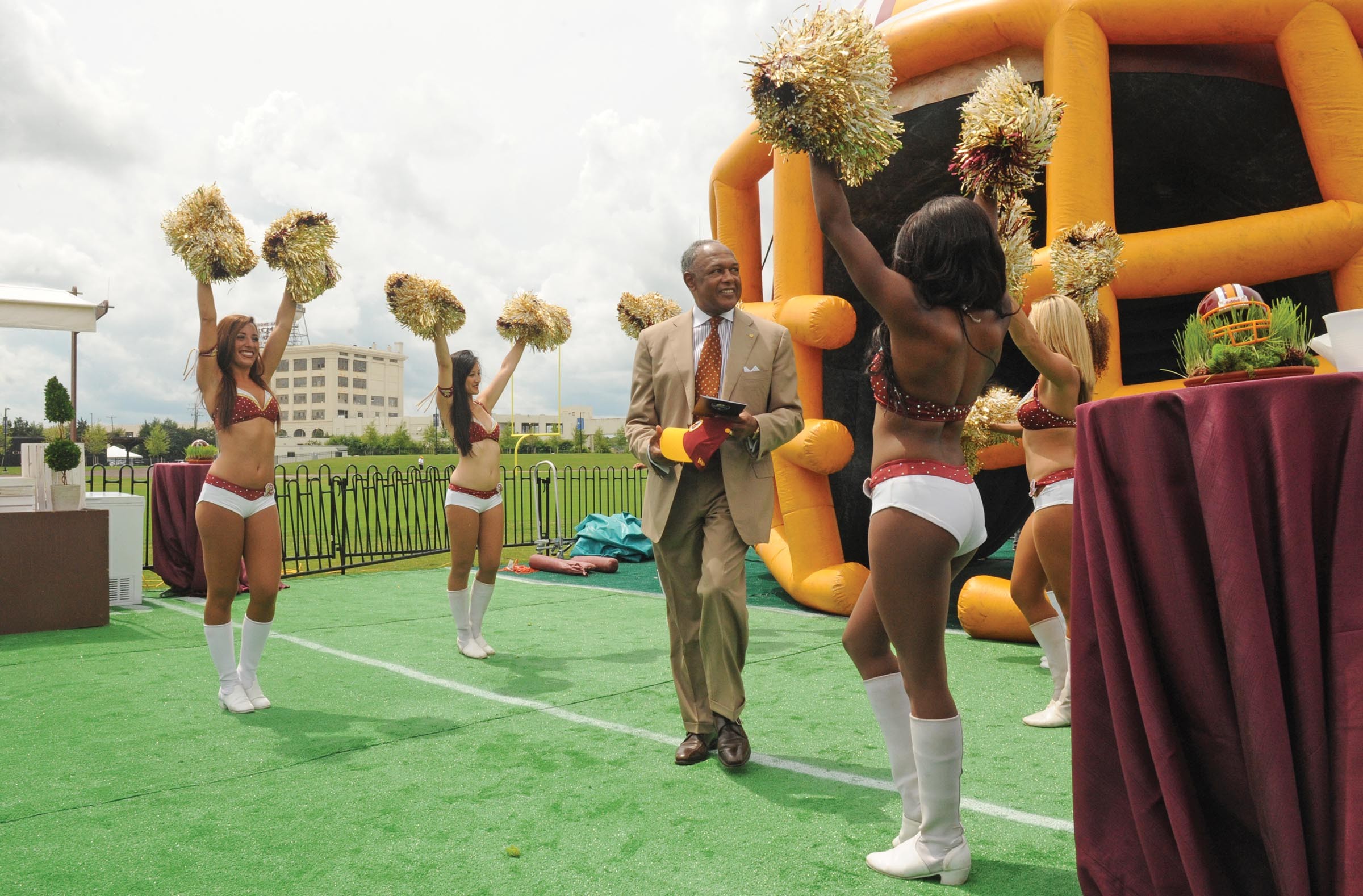 The whole Redskins thing is getting real for Richmond. The training camp starts Thursday. Local businesses are rolling out Redskins-specific promotions in anticipation of a flood of fans. Even The Washington Post offered a Redskins' tourist guide to Richmond. (We have our own, way-better guide here.) In the final run-up to practice, a few political, non-rah-rah-sports developments have — and haven't — transpired.

We'll start with the attendance estimates. C. Wayne Taylor of Better Government Richmond has been bombarding city administrators with emails asking why they lowered the estimated number of out-of-town visitors from 100,000 to 65,000 in a news release last month. He's also been wrangling with city officials to pin down exactly how Richmond plans to measure the economic impact of the camp.

You may recall the promised boon for local business was one of the camp's prime selling points. As Style Weekly has reported extensively, the 100,000 figure officials have touted repeatedly as a selling point for the camp is based on untested assumptions. Still, everyone stood by it and the economic impact estimates it spawned. So, why the reduction now?

The mayor's spokeswoman, Tammy Hawley, says the lower number is just the conservative end of a range and "not meant to be a suggested reduction in anything."

On the contrary, Hawley says, the city has been told to expect as many as 110,000 fans during the course of the 17 practices the Redskins will hold here through Aug. 16.

The city will know for sure in a few weeks. Until then, there's another set of expectations that officials candidly admit haven't been met.

Richmond is counting on bringing in additional sponsors to help cover the cost of the $11 million camp. But the contract between the city and the Redskins allows both parties to sell the sponsorships, and when city administrators started shopping around deals they found the Redskins already had hit up some of the most likely prospects.

"The Redskins had already picked the low-hanging fruit," says a city official who declines to be named because city staff isn't authorized to speak publicly about the project.

Considering that the city covered the entire cost of bringing the camp to Richmond, the source says officials here were surprised to find themselves competing against the Redskins for local sponsors.

The city apparently didn't fare well in the fight. A Freedom of Information Act Request revealed that as of last week, Bon Secours remains the city's sole sponsor. The hospital bought naming rights as part of a complex deal that adds up to $6.4 million for the project over 10 years. The city needs to bring in at least an additional $10 million over the same time period to cover construction and the cost of running the facility.

In addition to the aforementioned sponsorships, the city said it also expected to generate revenue by leasing out office space on the second floor of the training camp's pavilion. But, so far, no leases have been signed.

There are, however, some bright spots buried in the sublease the city granted to the Redskins. Call them the secret rules of Redskins training camp.

The lease grants the Redskins the right to license portions of the grounds for third-party "commercial or charitable activities." But it lays out some specific limits, citing an agreement with the Roman Catholic Church-related health system Bon Secours.

"The training camp operations shall not include … operation of an abortion clinic or abortion counseling clinic, massage parlor, a go-go dance bar, gun store or gun repair shop, an adult bookstore or similar type of adult facility primarily appealing to prurient interests," the sublease says.

Similar language exists in the contract between the city's economic development authority, which is managing the camp, and Bon Secours. Noting that the camp's prime sponsor is guided by "the moral tradition of the Catholic Church and the tradition and example of the Sisters of Bon Secours," the hospital can revoke its sponsorship if the authority, its board members or its employees don't live up to that tradition.

The contract lays out a host of crimes deemed unacceptable, including domestic violence, murder and incest. It also frowns upon any other behavior that might "shock, insult or offend the majority of the public."

Expect city officials to be on their best behavior during the next few weeks. S