When we justify torture, we are all endangered, because in practice this means there are no moral or legal limits on how humans behave. 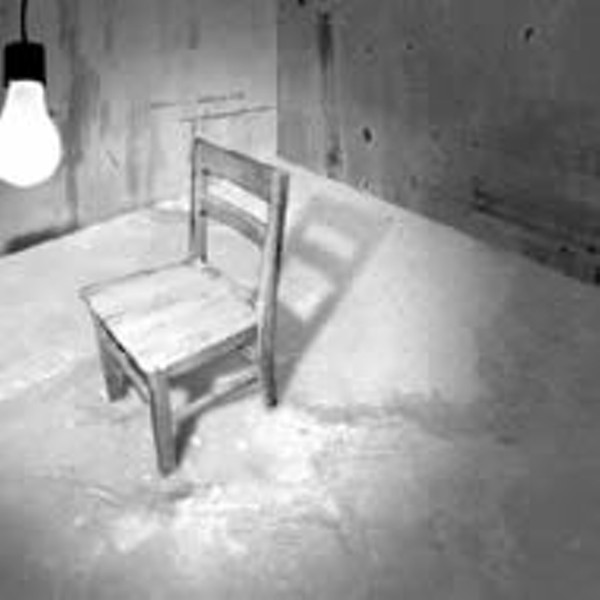 Striving for moral credibility would mean learning from our mistakes, admitting them and growing beyond them rather than merely justifying their repetition. For example, no one gains moral credibility by espousing one standard and following another. We don't respect a double standard, nor should we — especially when it comes to torture.

On March 16, The Washington Post reported that "Khalid Shaikh Mohammed's capture has led to an alarmingly blithe public debate about whether torture is an appropriate means of garnering information regarding future attacks. … The use of torture carries deep dangers for American society."

While U.S. officials don't admit to using torture on al Qaeda suspects, "softer" forms of torture are freely admitted. According to a March 9 New York Times article by Don Van Natta Jr., officials vow to avoid physical torture, but "acceptable" tactics include sleep deprivation, light deprivation and withholding food, water and medical attention. Other routines involve placing a black hood over the victim's head and forced standing or kneeling in painful positions in rooms varying from 10 to 100 degrees Fahrenheit. These are just the tactics that are freely admitted. The secrecy that surrounds this issue makes it difficult to know precisely what is happening.

Other times, we just hand a prisoner over to another country where we know he will be tortured. At one U.S. interrogation center at Bagram, the Army is already investigating two prisoner deaths ruled as homicides.

"Soft torture" or not, these tactics can only destroy our credibility. There are selfish and pragmatic reasons to pursue moral credibility. It increases the chance that our neighbors will respect our actions and cooperate with our aims.

The word torture is derived from a word meaning "twisted," perhaps reflecting the mind of the torturer. When Jeffrey Dahmer tortured his victims, we rightfully called him a monster.

Supposedly, torture is one of the reasons we're fighting Saddam, because torture is a clear violation of obvious moral imperatives — a step outside humanity. We don't need to consult the Diagnostic Statistical Manual to know that torture is a terrible, inexcusable crime and the sign of a sick mind. Of course, if you ask the torturer or his sponsor, it's just a tactic. Every jihad has its justification.

If we rightly condemn Saddam for torture, why then are we secretly interrogating bin Laden's "lieutenant," Khalid Shaikh Mohammed, outside the reach of United States law?

We can't achieve moral credibility if we condemn torture in one context but encourage torture in another. Justification of torture under "special circumstances" is a chilling sign that fear can move us to behave in primitive, dangerous and unproductive ways — a sign that we are not subject to law. When we justify torture, we are all endangered, because in practice this means there are no moral or legal limits on how humans behave. Worse than this, it implies that governments have the "right" to torture for "national defense." Isn't this how the Nazi's justified concentration camps?

Something is wrong here. We are being frightened into winking at this barbaric human crime in order to stop terrorism, but there is no guarantee it will work. Even if the threat were obvious and imminent, would torture stop the attack?

Some would argue that torture yields life-saving information, but this is not likely. Confidence in the accuracy and usefulness of information obtained by torture is a huge leap of faith.

The tortures of the Inquisition brought forth volumes of ridiculous, fabricated "confessions," and the trials in Salem, Mass., found the famous "witches" — one of many parallels between past hysterias and our current war on terror.

Obviously we haven't learned from history. Think about it: If I put a hot poker near your eye, or if I repeatedly suffocate you with a wet towel, you'll tell me what I want to hear just to get me to stop. How can we depend on the truth of the information extracted this way?

These objections don't account for the possibility of deliberate misinformation from the victim. Of course, we're assured that "professionals" are able to deal with these objections and sort through the "facts" they obtain, but can we really trust those who use torture? On what basis? And why does working for a government make torture acceptable? While there may be a few instances where torture has produced valuable, lifesaving information, it is not worth the damage to our credibility.

And what of those who are tortured with no "positive" result?

What happens to our humanity when we allow our own fear and hatred to reach such extremes?

Recently I had an unsettling conversation with several of my students about the war on terror, and they "had no problem" with the use of torture. For some reason, I'd expect this from an older person or a military type, but coming from a student it is alarming. We often consider the youth of a nation to be the compassionate, idealistic hope of the future, but what can we hope for when they fearfully embrace torture instead? There is little doubt that the war with Iraq will provoke additional attacks, but the real question is: Will torture stop them? Could there be other options?

Perhaps it is time to consider how moral credibility could save us our money, our lives, and most importantly, our humanity. S

Lee Carleton teaches English at the University of Richmond.