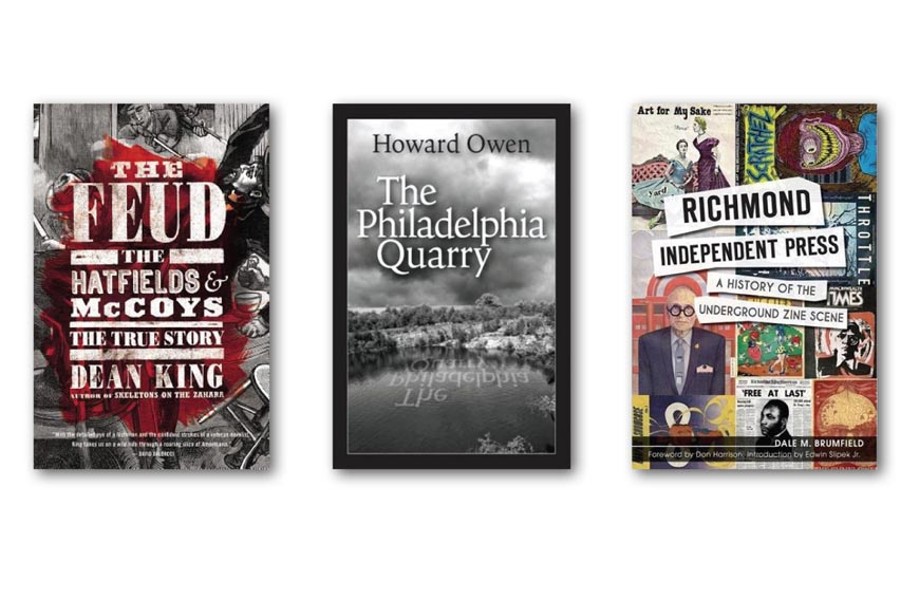 "The Feud: the Hatfields and McCoys, the True Story" by Dean King. King is the master at making history riveting and electric, and this retelling of one of America's greatest feuds (second only to the North and South feud) is spellbinding. Assembled through records, contemporary newspaper articles, and interviews with Hatfields and McCoys, this is not only a Chop Suey bestseller, but one of the best history books of the year.

"The Philadelphia Quarry" by Howard Owen. Black is back. In this follow-up mystery novel to Owen's "Oregon Hill, the 2012 Hammett Award winner, crime reporter Willie Black finds himself trying to prove the innocence of Richard Slave, an exonerated man now thought to have killed the woman who originally accused him of rape.

"Richmond Independent Press" by Dale Brumfield. A thorough overview of the literary, art, and political publications published from Richmond's underground and radical subcultures. Brumfield, a Style Weekly contributor, and one-time publisher of Throttle, places each publication in the cultural and political environment in which it was were published, showing how each was peculiar to Richmond.