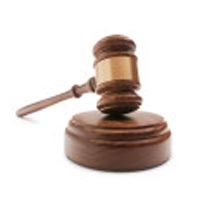 A lawyer who's appeared in a television commercial for the high-profile personal injury law firm of Allen, Allen, Allen & Allen was arrested last month on charges of soliciting a prostitute.

Court filings show that Paul Christopher Guedri pleaded no contest and had the charges dismissed March 22 in Petersburg General District Court after agreeing to pay $2,500 in fines and court fees and perform 10 hours of community service.

Petersburg police arrested Guedri on Tuesday, March 2, at 2:44 p.m., after an incident at 530 E. Washington St., according to the court summons. That address matches a Travelodge motel in Petersburg.

Neither Guedri nor his attorney had responded to calls from Style by press time Monday. A spokesman for Allen & Allen also had not returned requests for comment.

The Web site of the Richmond-based firm describes Guedri, 56, as a “take-charge” lawyer: “Chris' forceful personality compliments his formidable litigation and negotiating skills.”

In a single week in 2004, Guedri managed to reel in two separate $1 million settlements. He currently represents the family of Loucendia Reed Lambert, the woman who was killed by a GRTC bus in downtown Richmond Sept. 30. The Lambert family's suit against GRTC seeks $10 million.

An official with the Virginia State Bar says he has no public disciplinary record for Guedri.