The case advances against the man accused of hitting the reggae star with a vodka bottle. 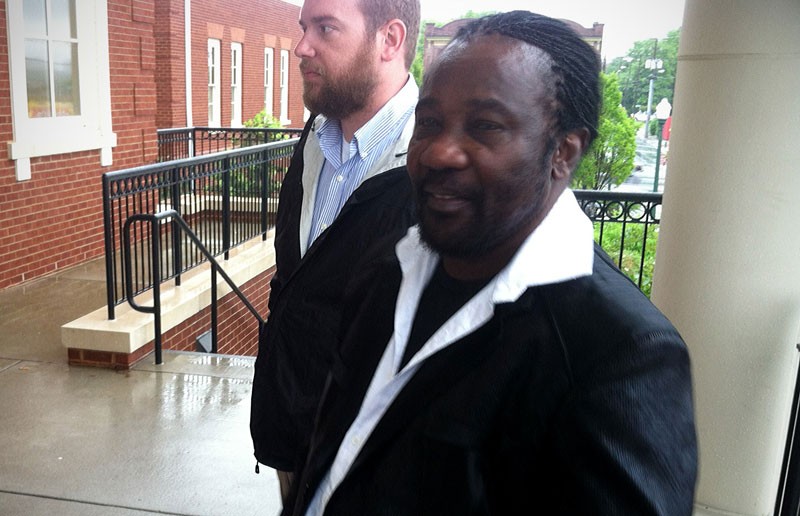 A man with thick dreadlocks puts his hand on the shoulder of reggae singer Frederick "Toots" Hibbert as he leaves the district courthouse in Manchester on Friday. "Richmond loves you man," the guy tells the singer as he walks by.

Hibbert flew in from Jamaica to attend a a pre-trial hearing of William C. Lewis, the 19-year-old accused of throwing a vodka bottle and striking the singer on the stage during a concert on Browns Island last month.

Later in the day at the First Fridays art walk on Broad Street a get-well banner that read "A Big Toots Smooch!" hung at Candela Books + Gallery. After Richmonders sign it the banner will be sent to Hibbert.

Outside the courthouse Hibbert declines media interviews, but smiles and exchanges pleasantries. Hibbert's lawyer, Michael R. Shapiro, says his client is still under treatment and observation.

Prosecutors withdrew a misdemeanor charge of drunk in public. A felony charge of malicious wounding was forwarded to a grand jury.

Lewis' lawyer, Chris Collins, waved a preliminary hearing for the case because he said he didn't want to inconvenience the victim more than necessary.

Collins told the judge his client is "absolutely devastated."