How a Richmond-inspired cartoon became the "Peanuts" of '90s kids everywhere. 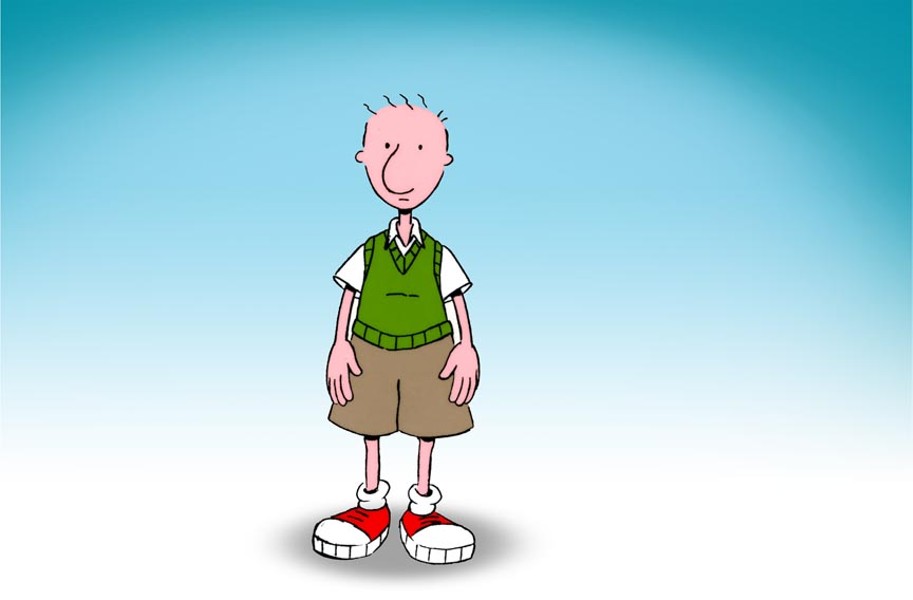 A favorite childhood cartoon that maintains a cult status, "Doug" was created by Jim Jenkins, who grew up in Henrico County's Lakeside area.

Six years ago, on a cool spring day, the reward of my yearlong search was sitting in my beat-up Mercury Cougar.

The months before were filled with dead ends, endless phone calls and unanswered emails. But there in my passenger seat was a man wearing a baseball cap and windbreaker, pointing out buildings that we pass by.

The man is Jim Jinkins, and 24 years ago he debuted “Doug,” my favorite childhood cartoon — and that of a legion of kids growing up in the ’90s. 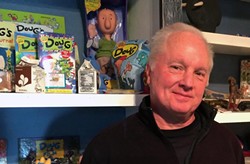 Jinkins grew up in Henrico County’s Lakeside area, and based the 1990s Nickelodeon show on his youth in Richmond. The cartoon’s local roots are something of an open secret to millennials who grew up on “Doug,” which has seen a resurgence in popularity lately.

Last summer, interest in the award-winning series was strong enough to warrant the release of its full Nickelodeon run on DVD. It was the 15th anniversary of its Disney finale, which prompted the Huffington Post to run a story declaring that “Doug” had “pioneered a new era of kids’ TV.” Online articles continue to debate key questions about episodes. And if you walk into any Halloween party today filled with revelers in their 30s, there’s a good chance you’ll find someone dressed as Quailman, the superhero of the show.

As Woody Allen says of New York in “Manhattan,” childhood is the sort of thing you can romanticize all out of proportion. Still, it’s undeniable that “Doug” struck a chord with a generation. 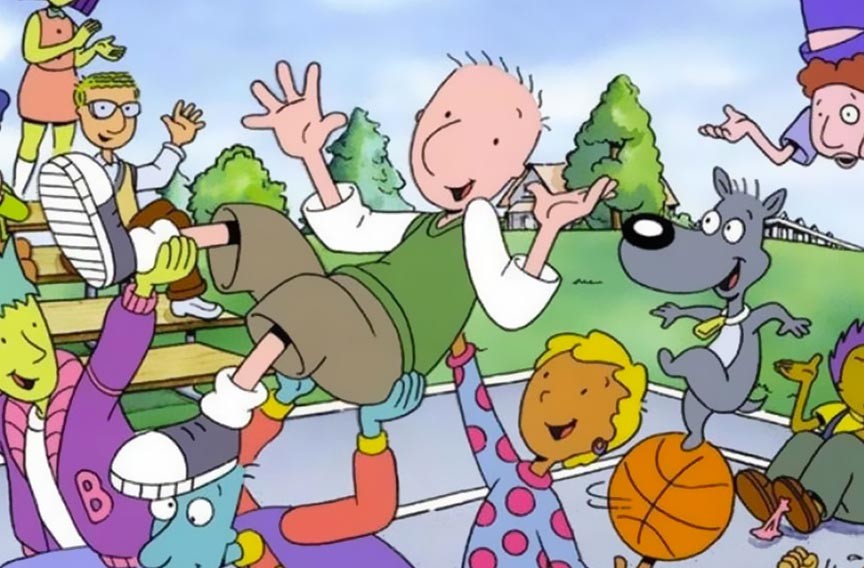 For children raised on Nickelodeon in the 1990s, Doug Funnie was their Charlie Brown, his overactive imagination helping them work through the everyday problems faced by kids. Designed to be a sitcom for children, “Doug” was quieter than its cohorts and each episode instilled a small nugget of advice for its impressionable viewers.

A typical installment might have Doug tackle his fear of liver and onions by imagining himself as a knight, or he might’ve lost the journal in which he professes his long-time crush on Patti Mayonnaise. Never the hero, never the loser, Doug was the relatable Everyman.

“Doug showed up as an 11-and-a-half year old boy, left-handed, often felt left out in left field,” says Jinkins, who now lives in Georgia. “It’s not an autobiography — it’s obviously exaggerated — but that character is personally how I remember my adolescence and my childhood.”

Jinkins knew he wanted to get into children’s television the moment he saw “Sesame Street.” After pursuing an animation degree at Ohio State University, Jinkins became a puppeteer on the kids’ show “Pinwheel” for the early cable system Qube.

Jinkins — along with “Pinwheel” — moved to the newly founded Nickelodeon in 1979, where he pitched “Doug” a decade later as one of the first cartoons originated by the channel. Dubbed “Nicktoons,” this first wave also included “Ren and Stimpy” and “Rugrats.” At the time, the network was a puny fish next to the whales of Disney and Warner Bros., but “Doug” and other original programming helped the network find its voice and its following.

The cartoon’s first episode premiered Aug. 11, 1991, showing Doug and his family moving to the new town of Bluffington, a stand-in for Richmond.

In Jinkins’ cartoon world, Chesterfield’s now-demolished Cloverleaf Mall became the Four-Leaf Clover Mall. Henrico’s Moody Middle School was the inspiration for the Moody School for the Gifted, attended by Doug’s dramatic sister Judy. The show’s obsession with beets was derived from Virginia’s cash crop of tobacco. 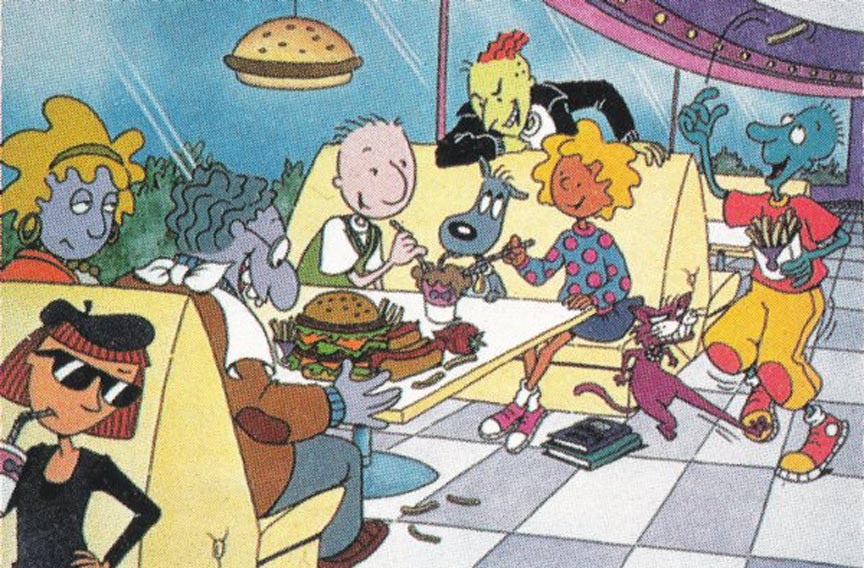 Urban legend has long held that the Honker Burger, Doug’s favorite hangout, was inspired either by Roy’s Big Burger in Lakeside or by defunct local chain Bill’s Barbecue. In reality, Jinkins says it was an eatery near Boulevard and Broad Street called Kelly’s.

“I always go off the visuals, and I saw that big nose and that he was blue and sort of skinny,” says Newman, who also voiced Doug’s dog Porkchop and neighbor Mr. Dink. “He seemed like a really good-hearted guy.”

When it came time to find someone to voice Doug’s love interest, Patti Mayonnaise, the leap wasn’t far: Jinkins picked the commercial spokeswoman for Kraft Mayonnaise.

“I had many years where mayonnaise was just my life,” jokes Constance Shulman, who now plays the character Yoga Jones on the Netflix series “Orange Is the New Black,” returning for its third season this weekend. Patti Mayonnaise “was spunky and smart and had a little hint of insecurity in all of her confidence,” she says. “Just this great role model for girls because she was a little bit tomboy and a little bit girly, but very confident in her own skin.” 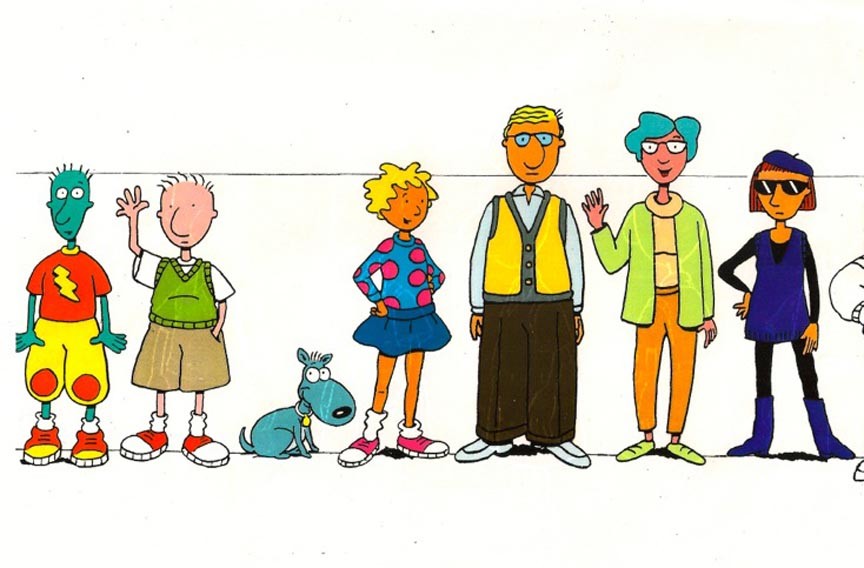 For all the show’s quirks, two major questions have plagued viewers for years: What was with the show’s oddly colored characters, and why did it leave Nickelodeon for Disney?

With its green-, purple- and orange-skinned characters, fans have speculated that the coloring choices were intended as a statement about race. While Jinkins originally made the decision because he found the array of human flesh tones boring, it came to embody a message of inclusion.

“That’s what Jim wanted,” says Janet Scagnelli, who did ink and paint on the pilot and the color models for the show’s first season. A Bronx native, Scagnelli had a long career in animation before moving to Richmond’s Ginter Park neighborhood. “I love that everyone [on the show] is a different color, just for diversity.”

Fans have long wondered whether Skeeter Valentine, given his blue-green color and different style of dress, was supposed to be African-American.

“I think that’s cool,” Jinkins says. “But when I’m asked about it, I always say Skeeter’s blue. That’s what color he is.”

The move to Disney came after Nickelodeon opted against renewing the show for a fifth season.

“They wanted to be the cool channel,” Jinkins says of Nickelodeon. “‘Ren and Stimpy’ … was more of what they wanted, and ‘Doug’ was more ‘The Andy Griffith Show.’ … Only a fool would have left Nickelodeon if they had wanted to make ‘Doug.’ It’s just that they didn’t.”

With more stories to tell, Jinkins took the show to become part of Disney’s One Saturday Morning cartoon lineup on ABC. The move didn’t sit well with some young viewers who felt the show jumped the shark with some of its changes. The Honker Burger went bankrupt, Roger the bully became rich, and the characters moved to a new school. Fans often fault Disney for the changes, but Jinkins says he’s the one to blame.

“All that stuff was me,” he says, before giving a very “Doug” explanation. “I made the choice, and I did it to keep pushing us into new storytelling and to prove the point that things change.” 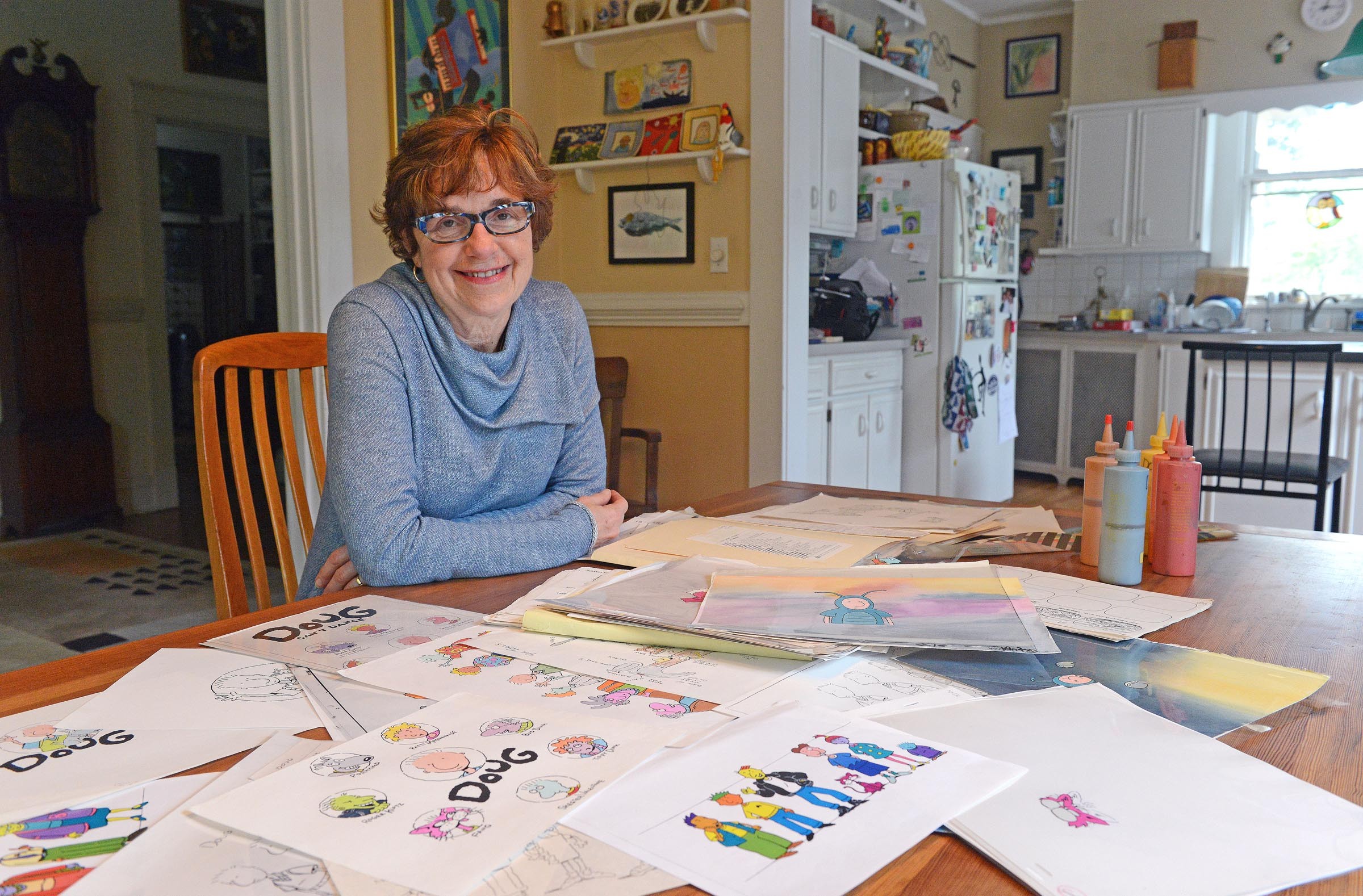 The cult of “Doug” has only grown as childhood fans have entered adulthood, which has led to the show turning up in some unexpected places. Hali Yun, a 25-year-old local model for the alternative pinup website Suicide Girls, dressed as the cartoon’s superhero Quailman for work last Halloween.

“When I posted my Quailman photos [to Instagram], people were freaking out,” says Yun, who grew up knowing about the cartoon’s Richmond connection. She planned to wear the costume to a Halloween party that night, but heard that someone else was also planning to go as Doug’s superhero alter ego. “That was a very amateur Quailman,” Yun says. “He had an old college bath towel for a cape.”

“I had the idea that he would grow up never making any sort of hard decisions for himself and just wind up being just a regretful lonely guy still living with his parents,” Hambright says. “I found that really morbidly funny.”

For Billy West, who voiced both Doug and Roger in the Nickelodeon run, the show’s newfound popularity as its fans become adults has been a surprise.

“It’s so funny, no one ever talked about it over the years when I would go meet people at these conventions, and suddenly [there] they were,” West says. “Doug” came early on West’s résumé, which now includes voicing Bugs Bunny, Elmer Fudd, both title characters from “Ren and Stimpy,” Fry on “Futurama” and the red M&M in commercials.

“A whole generation had turned,” he says. “I had bikers come up to me and shake my hand: ‘Man, “Doug” was my whole childhood.’ It was touching.”
The reaction has been similar for Shulman, who took a long break between “Doug” and “Orange Is the New Black” to raise her children.

“People come up to me as much about ‘Doug’ as they do for a show that is running now,” Shulman says. “I will always look on Patti Mayonnaise as something I am so proud that I got to help bring to life, and I’m thrilled that people still respond to this show like they do.”

Though Jinkins has worked on many other projects since — including “101 Dalmatians: The Series,” “PB&J Otter,” “Allegra’s Window” and “Pinky Dinky Doo” — none has been as personal as “Doug.”

He and his wife now operate an artist’s studio and boutique in Brunswick, Georgia, and Jinkins has spent the past few years developing a new kids’ cartoon with hopes of selling it to a network. Titled “Marshmallow Island,” the show concerns environmental science and was co-created with the Georgia Department of Natural Resources.

But for fans of the quiet kid in the green sweater vest, Jinkins has a message: Nothing is set in stone yet, but because of renewed interest in “Doug,” there are rumblings of a new project.

“There should be some new version, some new iteration,” Jinkins says. “I’m hoping for that.”