A new book from a rap legend talks about guns, prison and his infamous life. 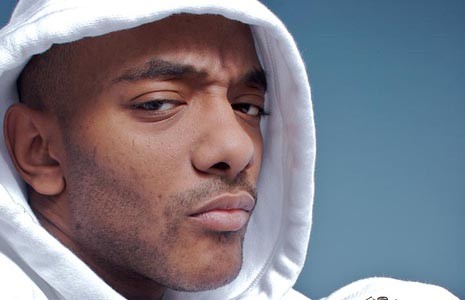 Earlier this year, Albert "Prodigy" Johnson, half of hip-hop's most respected duos, Mobb Deep, emerged from prison with a story to tell. "My Infamous Life: The Autobiography of Mobb Deep's Prodigy" is a book about growing up tough in the streets of New York, succumbing to the lure of a criminal lifestyle and coping with the often-crippling pain of sickle-cell disease. There's also a lot to do with guns, drugs and other rappers in his book — and not everyone's happy about it.

"You got your people that's gonna be upset," the rapper says. "'Cause they would rather the things keep under the rug, you know what I mean. But you know, that's life man. Everybody can't handle the truth."

Part of the truth in "My Life," written with Laura Checkoway, includes the rapper's ill-fated visit to Richmond in the mid-1990s. He came to the city to buy some "new toys" (guns), and was arrested for a weapons charge at a police checkpoint. After some help from his aunt and cousins in town, Prodigy was released after a few weeks and eventually beat the case. In the book, he writes about "sitting in a jailhouse with a bunch of dirty South criminals talking about 'Yo Mobb Deep, I can rap too! I know ya' cousins out there, just ask them!'"

In 2006, Prodigy was arrested again in New York, after what he alleges was an illegal search of his car. The rapper — whose press material refers to his "collection of guns" — was found guilty of another weapons charge and served three and a half years in prison. Prodigy writes that while he considered himself innocent of the crime of which he was charged, eventually he accepted the sentence as punishment for other misdeeds in his life.

Mobb Deep (Prodigy and his partner Kejuan "Havoc" Muchita) is known for producing gritty portrayals of street life and criminality and laying them over cold, stark beats. They hit their stride with their second album, "The Infamous," widely recognized as one of hip-hop's most influential works. Prodigy writes that he was drawn to the excitement of the streets to deal with the pain and anger over his suffering from sickle-cell disease. "I grew up with like a bad attitude because of the pain I was goin' through since I was born," he says.

A 2011 national advocate for the Sickle Cell Disease Association, Prodigy has learned to manage the disease, from which an estimated 70,000 to 100,000 Americans suffer. He says that he isn't the man he used to be.

Even thought part of his stay in Richmond was involuntary, Prodigy says he'll be back. "We doing a lot of shows right now," he says. "I'll be out there real soon." S