Interview: Crooner Tony Bennett looks back on a lifetime of entertaining 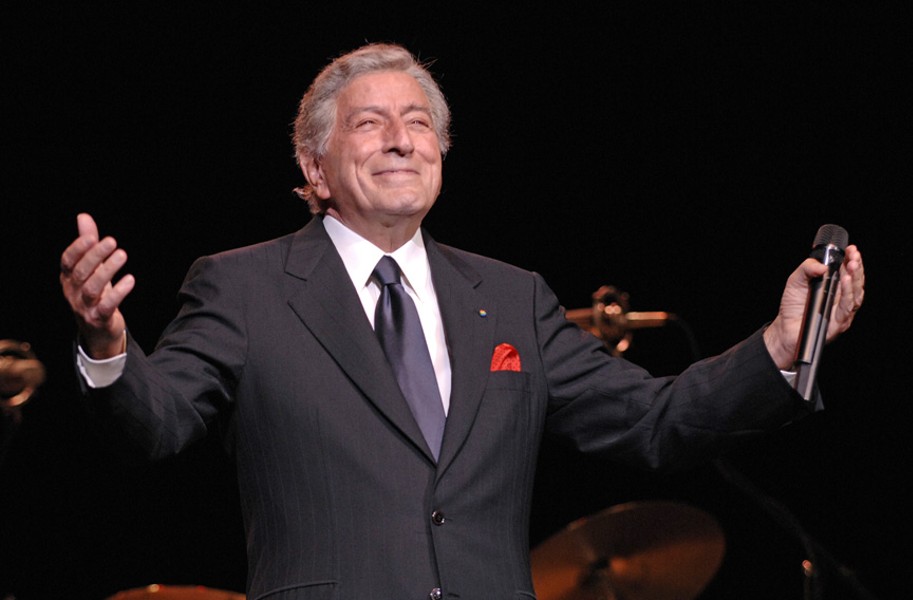 Tony Bennett is the last great vocalist of the greatest generation, his performance history spanning vaudeville and Soundcloud.

No less than Frank Sinatra once described him as "the best singer in the business." A major hit-maker in the 1950s, briefly pushed out of fashion by rock and roll, he's now in the fourth generation of a comeback that has lasted longer than most careers. Even at his mid-1970s low point he made two strong records with jazz pianist Bill Evans.

The 91-year-old's appearance on St. Patrick's Day at the Altria Theater may seem something of a valedictory victory lap, but according to Bennett, who responded to questions via email, it is just a continuation of the path he started down as Antonio Benedetto, a young vet scuffling for gigs in post-World War II New York.

Style Weekly: At this point in your career, what is the best thing about being on tour? What is the worst?

Tony Bennett: I love performing for the public and making people feel good, so if after a performance ends and someone says to their companion, "I really enjoyed myself tonight," that is the best gift I can receive. The interesting thing about touring around the world is it gives you an incredible education, but I have learned over the years that the more you know about other countries and people the more you realize we have much more in common with each other than differences. Honestly, there is no downside of touring for me now as I travel by plane and it's only one show a night.  When I first started out at the Paramount Theatre I was doing seven shows a day.

What makes a song work for you? What is it that makes singing a great, familiar song again pleasurable?

The first thing I look for when I decide to sing a song is if I can communicate it properly … do I have an understanding and connection to the lyrics, which are the heart of a song. And then to the music, which is the soul. I spent a lot of time when I was just starting out fighting to only be able to sing songs that I thought were well written and would last the test of time.  My premise has always been to strive for a "hit catalog" and not just go after a song that might be a hit for a few weeks and then be instantly forgotten. And I also fought to perform with jazz musicians on my records as Mitch Miller, who ran the repertoire at Columbia at the time, is not a big fan of jazz.  But I always loved to perform with jazz musicians as they are such masters of their instrument that they have the ability to be completely spontaneous.  So, if I decide in the middle of a performance or recording to change the tempo of a song or sing a different song entirely, they are right there with me.

I was influenced by George Burns, Bob Hope, Bing Crosby who created the art of entertainment and knew that being on stage wasn't about pleasing yourself but about pleasing the audience. So, I make sure that I sing the songs that the audience knows and loves and it's a pleasure to do so and I don't get tired of performing them.

That goes back to working with jazz musicians as I have a magnificent quartet who tour with me and they never play a song the same way twice — so each night it's different.  One of my favorite songs is "Once Upon a Time," which always connects when I perform it.  The irony is that "Once Upon a Time" was the A-side to the record I made with "I Left My Heart In San Francisco" on the B-side. I thought "Once Upon a Time" would be the hit and was promoting it in all my interviews. Then I got a call from the promotion guy at Columbia and he said to me, "Tony, turn the record over, 'San Francisco' is the song catching fire!"

The music industry has changed so much over the course of your career, asking what has changed most seems strange.

I was fortunate enough to catch the tail end of vaudeville where there was a circuit of theaters you could perform at around the country where you could "be bad before you got good." I think the hardest part of making it today is that you are immediately exposed to thousands of people when you are starting out — whether on TV or on the internet — and then the expectations get so big so fast that it's very difficult as a new artist to handle that kind of pressure.  And regretfully, you don't have the time to develop yourself as an artist, so if your next song doesn't make money then you get dropped. That to me is very unfortunate.

If the Tony Bennett of 2018 could give any advice to the Anthony Benedetto of 1946, what would it be?

Don't be worried about your mistakes, as you will learn the most from overcoming your errors. S