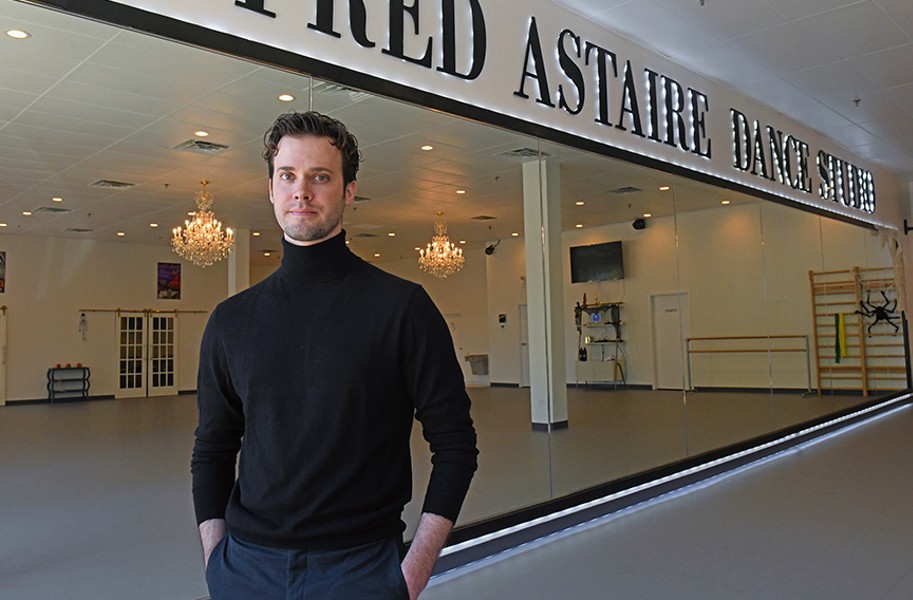 Elvis. Michael Jackson. The high-octane moves of “Grease.” A young Tommy Bettin was drawn to what he saw in pop culture — the energy, movement and performance possibilities of dance.

He caught on by age 7, further encouraged by videos of Mikhail Baryshnikov shown to him by his brother, a professional dancer 10 years older. “I can do that,” he said.

Bettin leaped into lessons at the Atlanta Ballet and private training. By 16, he’d moved from Marietta, Georgia, to Washington, for a school that focused on dance, now known as the Kirov Academy of Ballet.

It led him to a career performing with the Suzanne Farrell Ballet in the Kennedy Center, the Richmond Ballet and the Columbia Classical Ballet. Along the way, he started to teach ballroom dancing.

That’s where he experienced one of life’s pirouettes.

As a kid, he says, he started dance for selfish reasons. And the art form demands that performers focus on themselves to grow.

Today he looks at dance as a contribution. When life changes led him to open a Fred Astaire Dance Studio in Richmond, he was determined to use it to help others.

Key lessons in dance, such as posture, physiology, confidence and momentum translate to other areas of life, he says — jobs, relationships, the feeling of self-worth. “The value is more on what happens when they leave here,” he says.

He shares that empowerment through free lessons at senior centers, fundraisers for the Eat Foundation, giving to the Richmond SPCA and Caritas and in preparing an event for the Alzheimer’s Association. “I want to give to every nonprofit that I can,” he says.