A small design firm in Manchester is making a name for itself by merging industrial design methods with historic techniques.

The University of Virginia’s most famous building is in the middle of a major and historic $50 million renovation — and officials have turned to a small design firm in Richmond for help.

Tektonics Design Group in Manchester is re-creating molds for the Corinthian-style capitals atop some 40 columns on the interior of the 189-year-old icon, the Rotunda.

Thomas Jefferson commissioned original columns in the early 1800s, but the designs were burned when the Rotunda was destroyed by fire in 1895. So Christopher Hildebrand, one of the firm’s founders, is busy working with antique glass plate images.

After the re-created designs are reviewed by architectural historians, new ones will be machined by Hildebrand and his group later this year from either mahogany or heart pine. “It hasn’t been decided yet,” he says. 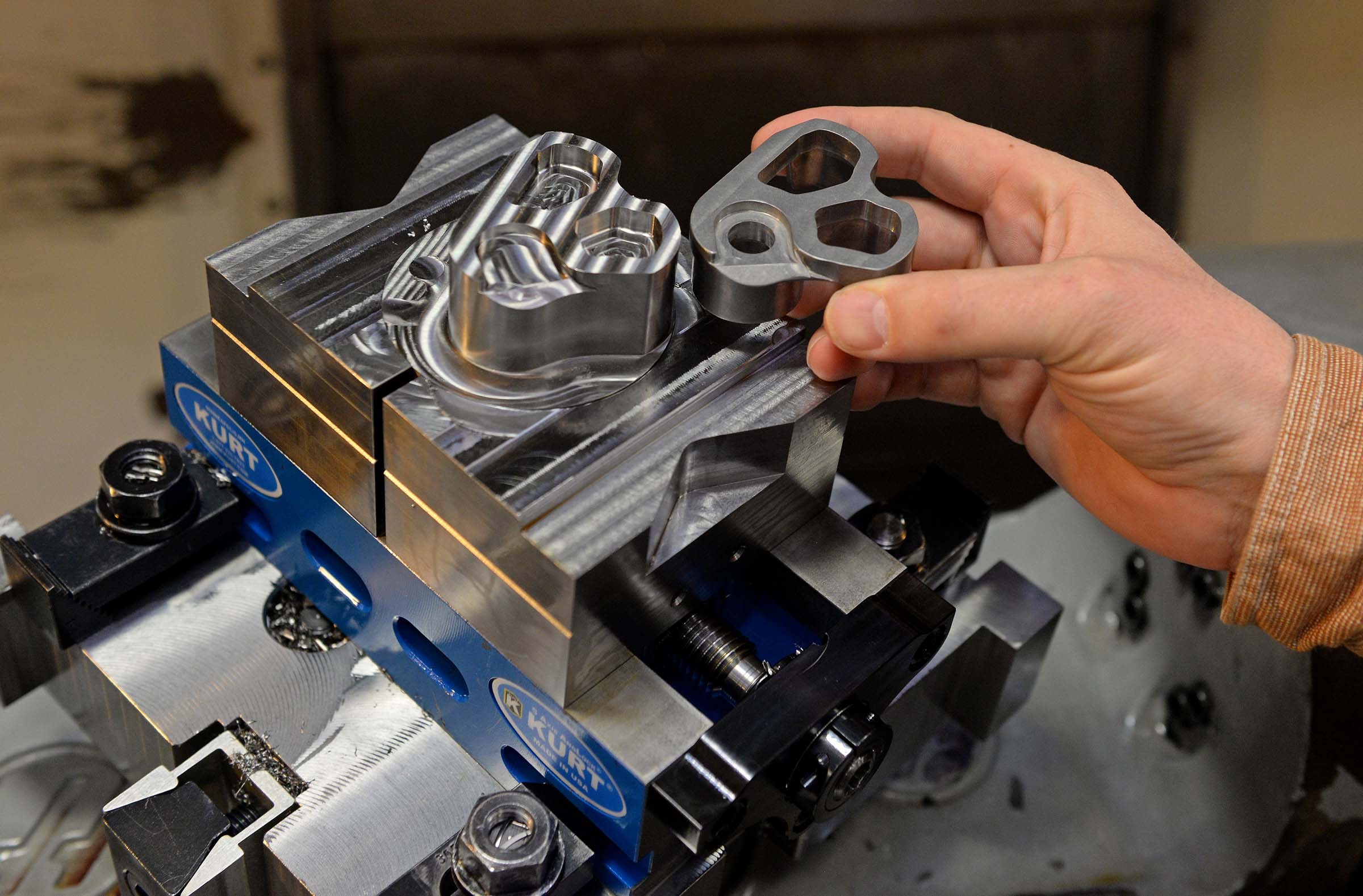 The Rotunda project is just one example of what the 12-year-old firm does best — merging industrial design methods such as advanced machining with historic techniques such as wood forming, sculpting or blacksmithing. “Or it could be a combination of the two,” Hildebrand says. “Sometimes blacksmithing and welding are the best.”

He and partner Hinmaton Hisler are blacksmiths by training, a discovery they made during a chance meeting on a train in Connecticut in 2001. Hildebrand also is a sculptor who trained for a year in Italy after studying traditional crafts at Earlham College, a Quaker school in Indiana.

Hisler is more of a metals guy, which is apparent in his fascination with custom bicycles. He started a side company called Stijl that makes special titanium bike parts and entire custom bikes that sell for as much as $1,900. He’ll be taking some of his creations to the National Handmade Bicycle Show next month in Louisville.

Hildebrand’s specialty is furniture design, and he’s at work on a hi-fi cabinet he plans to show in March at the “Made in RVA” show at La Diff.

Hildebrand, from Colorado, and Hisler, from New Hampshire, started their business in Richmond after friends invited them to visit. They liked the area and settled. Their business, which includes a number of high-end, numerically controlled machining devices, grew enough that it’s now housed in a 20,000-square-foot building.

They’ve marked Richmond as home in another way, too, participating in a project to build and erect a 30-foot-tall, 1,500-pound bronze spire at the new First Freedom Center in Shockoe Slip. The marker went up in November at 14th and Cary streets.