To Learn or Not to Learn 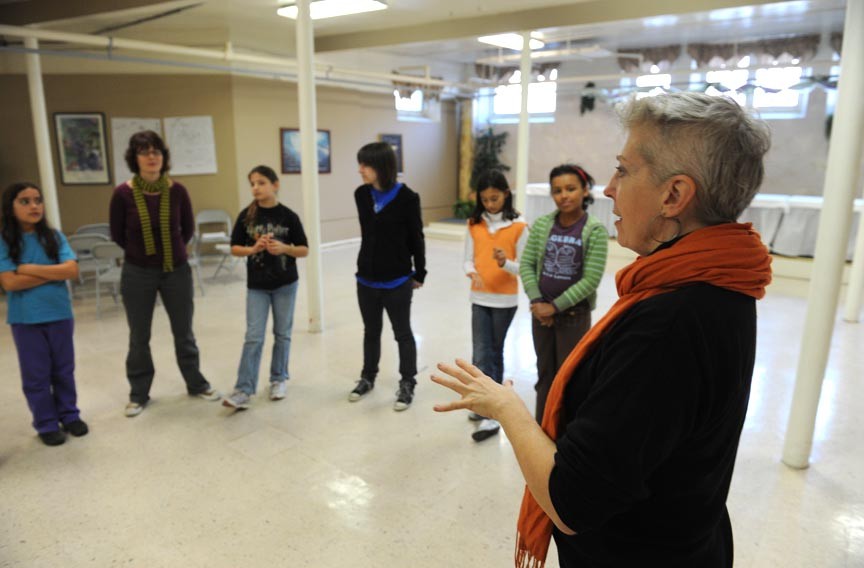 All the world's a stage and all the men and women merely players. Some are just shorter and have much higher voices.

Children can be surprisingly intuitive and instinctual in their performances once they understand where the characters are coming from, says teacher Cynde Liffick, Richmond Shakespeare's director of education. "Being able to dig through the language and make it sound like they're talking [conversationally] is a fairly daunting thing," she says, "but I've seen kids do it a lot."

Liffick will be delivering a presentation on the Planet Shakespeare curriculum at the Organization of Virginia Homeschoolers' annual conference in March. Richmond Shakespeare hopes to expand it into an annual series of courses, each focusing on a different Shakespeare play. Planet Shakespeare takes its name from the course's holistic approach to study, Liffick says; children do traditional studies such as writing sonnets and discussing Shakespeare's writings, but the class also examines Elizabethan history, religion and science as seen through the Bard's works.

"Everything revolves around Shakespeare," she says.

Odessa Hott, 10, is playing Celia in the production. "I like that she is the daughter of a bad guy, but she isn't bad and she is full of love and stuff," she says.

Having seen a production of "Romeo and Juliet," Odessa was already familiar with Shakespeare, but she's picked up some fun facts from the course, such as that Queen Elizabeth's teeth were black from decay and that the Globe Theater was not really round but a 20-sided polygon.

Christi Macomber says her son Isaac, 11, was "very uneasy about the idea of going out on stage" before taking Planet Shakespeare, but now "he loves it. ... It's gotten our whole family more interested in learning about Shakespeare."

In fact, recently, Odessa, Isaac and Isaac's brother Asa, 13, and sister Charlotte, 7, wrote and performed an original play, "The Brave Warrior," for their parents. "I don't think they would have done that" without Liffick's class, Macomber says. "It's contagious and it's rubbing off on my other kids too."

In addition to history, Shakespeare creates a great forum for the discussion of ethics and moral choice, Liffick says. Theater also builds skills such as teamwork, self-discipline and focus: "If you're off in the background picking your nose while other people are doing stuff [onstage], unless you're the clown in the play, that's very distracting ... so we have to learn to work cooperatively," Liffick says with a laugh. Because of its perceived difficulty, "there's such a self-esteem rush you can get from Shakespeare," she says.

Richmond in particular is a rich location for Shakespearean learning, Liffick says, noting its proximity to the re-created Globe Theater in Staunton and to Washington's Folger Shakespeare Library, not to mention the archaeological site at Jamestown, which continues to excavate Elizabethan artifacts, or remote Tangier Island, where residents still speak in Shakespeare-era Elizabethan accents. Jamestown archaeologist Bill Kelso unearthed a ring belonging to William Strachey, whose account of a shipwreck inspired the Bard to write "The Tempest."

With Roland Emmerich's film "Anonymous" in theaters recycling the theory that Shakespeare was too much of a commoner to have written the works credited to him, Richmond Shakespeare's class takes on a new urgency, Liffick says. She anticipates more interest could arise from the film, and she is able to add some basic facts to the discussion. For instance, she says, contrary to the film, Shakespeare was educated (in rhetoric and logic), and Edward de Vere, the nobleman who is credited in the film with writing Shakespeare's plays, died in 1604 but Shakespeare penned his last play in 1614.

(This story has been corrected from the online edition.)