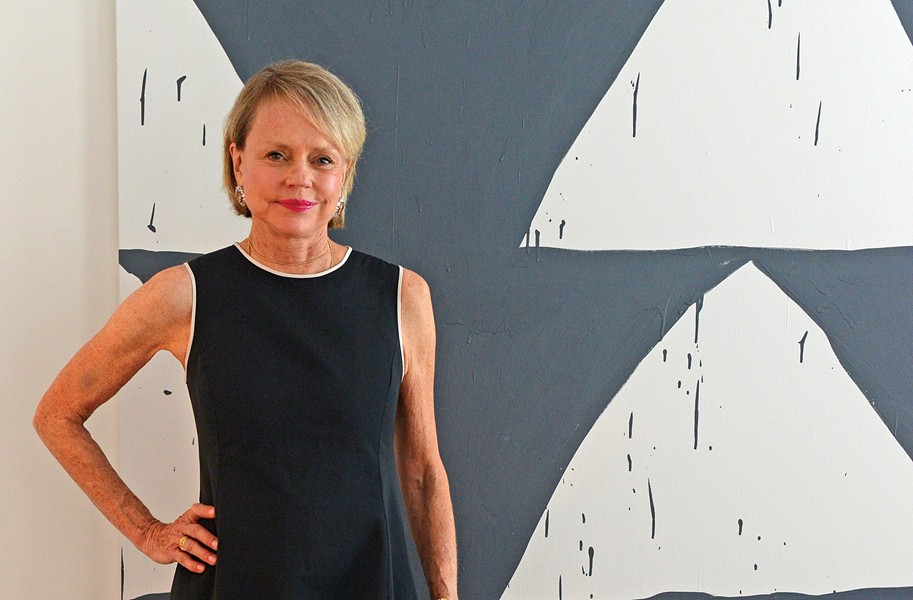 A widely respected figure in the local arts scene, Beverly Reynolds established a nationally known arts gallery that brought important artists to town and was a champion of local artists. Reynolds passed away on Sunday, Nov. 23 at age 68.

Beverly Ward Reynolds, owner and director of the Reynolds Gallery and a longtime supporter of the local arts scene, passed away on Sunday due to complications from cancer. She was 68.

Over the past 30 years, Reynolds brought important artists to Richmond from Sally Mann to Jasper Johns, and she was heavily involved with the upcoming Institute for Contemporary Art at Virginia Commonwealth University. Recently it was decided that the first-floor gallery in the Markel Center of the ICA would be named in her honor.

“Bev Reynolds was a force of nature. She was my hero. She was such an important part of the arts in this city, I am not quite sure we will ever recover from this loss,” says Trepanier. “She believed in me when no one else did, and she protected me. She shielded me from the [stuff] that artists do not want to deal with, the business of art. She let me be crazy, irrational and selfish. Yet she welcomed me with open arms into her home for parties and brought me meals when I was going through tough times. Everyone admired Bev for her beauty and respected her as a businesswoman, but few people were able to really know her generosity and her spirit. I was lucky enough to have her as a friend and I cannot say how lost I am right now.”

Reynolds helped establish the Pollak Society, named for Theresa Pollak, founder of the VCU School of the Arts, and has served on the boards of the Arts Council of Richmond, the VCU Friends of the Anderson Gallery, and the Richmond Children’s Museum. She was named a National Philanthropy volunteer of the year in 2012 and was a member of St. James’s Episcopal Church.

A memorial service will be held at St. James’s Episcopal Church on Saturday, Nov. 29. The family requests gifts be made in memory of Bev to either the Institute for Contemporary Art at VCU or the Ovarian Cancer Research Fund (Ovarian Cancer Dream Team) in lieu of flowers.

Here is more info from a draft of her obituary prepared by her family:

“Beverly Reynolds, who was a devoted wife, loving mother, mischievous grandmother and the Founder and Director of the Reynolds Gallery died on Nov. 23 at her home. She was 68. Beverly was a driving force in creating a vibrant contemporary arts community in Richmond and lived a life of style, substance, and spirit. She was gifted, generous, tenacious, tough, curious, opinionated, tender-hearted, compassionate, creative and committed to making a difference and a contribution. She laughed easily and delighted in creating places and opportunities for family and friends to spend time together. Bev loved life and the people in it with her, especially her family.

Beverly Lynn was born in Wilmington, Delaware to Dudley and Alice Ward, both natives of Canada, on July 13, 1946. She was raised in Chicago and Washington, DC where her father was a Reverend and served as General Secretary of the national United Methodist Church and her mother led the prayer and healing ministry at Foundry Methodist Church.

Bev received a Bachelor of Science degree in education from the University of Tennessee and studied art history at the Virginia Commonwealth University. Always adventurous, Bev headed to New York City after graduation where she met the charming David Reynolds. They were married on December 13, 1969 and have been devoted to each other for forty-five years.

Bev joined the docent program at the Metropolitan Museum of Art and soon met art dealer Jeanne Frank, who hired Bev to work in her gallery and who became a lifelong mentor. Bev founded Reynolds Gallery in 1977, shortly after moving to Richmond with David and their young son, Quentin. The first gallery openings were held in their home in the Fan District. Early sales of works by Alexander Calder, Ellsworth Kelly, and Max Ernst gave her “the courage to dream that a gallery based on a New York model might work in Richmond.” And it has.

Today, the Reynolds Gallery is one of the most respected contemporary art galleries in the country, exhibiting works by world famous modern art figures as well as exceptional Virginia artists. This includes works by Theresa Pollak, Nell Blaine, Wolf Kahn, Tara Donovan and Sally Mann among many others. “Bev is one of the most prominent supporters of the arts in our city’s history,” said VCU President Michael Rao. “Bev has been a catalyst in bringing innovative and inspiring works of art to Richmond for many years.” Bev was a visionary and tireless leader in the effort to create the Institute for Contemporary Art at VCU, designed by Steven Holl and scheduled to open in 2016. The first floor gallery has been named in her honor . . .

Bev and David shared a belief that art is a central component in life and that to be a part of the contemporary artistic culture gives inspiration every day. On many Friday nights, their home was full of friends, artists, and collectors who shared their passion. Bev, who was always ready for laughter and conversation, loved gathering people together. She equally loved opening a window to a new perspective with a challenging work of art. Her brother, John, has spoken of the real and tangible connection he has with Bev through the artwork they chose together over the years. He says she gave him a gift.

Bev loved the mystery at Christmastime, giving gifts, and always had the largest and most stunning Christmas tree in the bay window of their home. She and David enjoyed champagne with their family before every Thanksgiving dinner. She loved baking heart-shaped cupcakes on Valentine’s Day with her daughters, Alice and Margaret, and the first day of April became one of her favorites after that morning in Chicago when she impishly switched the salt and sugar at her parent’s breakfast table. She delighted in calling her grown children each April and she never failed to trick them. She insisted on dyeing Easter eggs and hosting an annual Halloween party (costumes required!) long after her children were fully grown.

Her favorite retreat was Woods Hole, Massachusetts where she, David, and their family spent part of every summer. She loved swimming in the cold water, walking into town in her flip-flops, and laughing and telling stories at big family dinners. She loved the relaxed days with David, visiting with close friends, and being closer to nature.

Bev is survived by her husband, David, and her four children: Quentin and his wife, Sarah; Alec and his wife, Laura; Alice Livingston and her husband, Mac; and Margaret Jones and her husband, Will. She is predeceased by their first son, David. She was “Bevie” to her eight beautiful grandchildren (Caldwell, Quinn, Jackson, Pierce, Elliott, Griffin, William and Helen) with one more on the way, all of whom will carry on her spirit and joy for life. Bev adored her sister Dianne English and her husband, Roger, and her brother, Dr. John A. D. Ward and his wife, Pam.

Bev wrote in a letter, celebrating the 30th anniversary of the gallery, “in a way we all grew up together with our family at the core and art always intertwined.'”