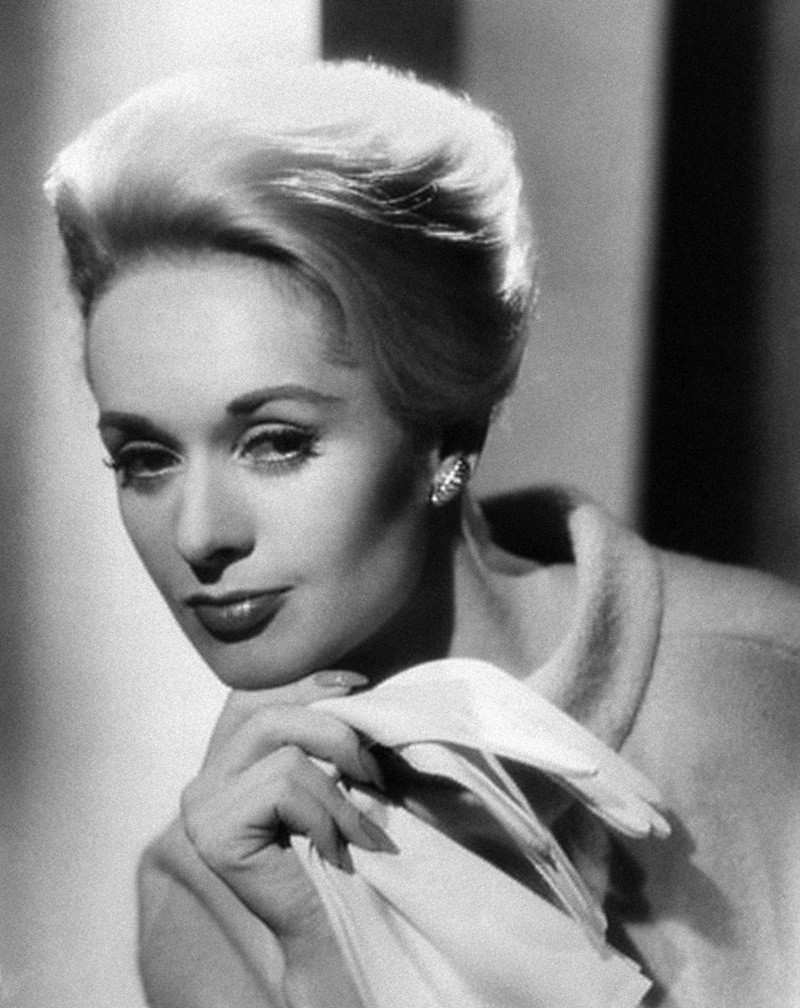 “That Hitchcock sounded like a horrible man,” I heard a woman say walking out of VMFA on Saturday evening.

We had both just left the Leslie Cheek Theater, which was sold-out for a 3 p.m. showing of the classic Hitchcock horror-comedy, “The Birds” (1963) -- the first 50th anniversary celebration for the acclaimed film. It's always enjoyable to see Hitch’s work on the big screen, if not so much to hear personal stories about him afterward.

As raised hands proved, most of those in attendance had already seen the film. The room was packed today for the post-film event, a conversation between the iconic star of “The Birds” and “Marnie,” Tippi Hedren, and Professor Gweneth West, head of costume design at the University of Virginia. The talk was held in conjunction with the Charlottesville's Virginia Film Festival and VMFA's "Hollywood Costume" exhibit, currently going on just down the stairs from the theater auditorium.

Still lovely and sharp-witted at age 83, Hedren entered to loud applause waving a raven puppet before taking her seat next to West. Relaxed and exuding a certain old Hollywood elegance, she wore a purple printed blouse over a short black dress that showed off her still youthful-looking legs. The actor and animal rights activist then proceeded to talk intimately for an hour about her charmed career: first as a top-notch fashion model in New York then as a lucky, inexperienced actor in California who was handpicked by Hitchcock after he saw the beautiful blonde doing early television commercials.

“I was so overwhelmed I had tears in my eyes,” she recalled of being cast in “The Birds.” “Everyone was crying. Alma (Hitchcock’s wife) was crying. [Studio executive] Lew Wasserman had one tear.”

Even though her clashes with the director are legendary, Hedren was graceful and didn’t sound bitter. For a young actress, she called him a great drama coach and a “magical” director who advised her “not to act and just be the character” in scenes -- adding that the cast which included Jessica Tandy also was supportive. She tossed in her own advice to would-be actors: “Be independently wealthy because you’ll always be looking for a job.”

On the darker side of the relationship, Hedren explained that Hitchock began treating her poorly after she refused to meet him for drinks -- and after an argument stemming from his refusal to let her travel to New York to accept an award [for more read Donald Spoto’s excellent biography of the director]. A young mother at the time, Hedren said the cruel and insulting treatment on the set of “Marnie” led to her asking to be dropped from her contract. But Hitchcock would never give in, choosing instead to destroy her film career by keeping her under paid contract-- $600 a week – and out of other films during the hottest moment of her career.

“He did ruin my career but he didn’t ruin my life,” the actress said defiantly to warm applause.

A particularly juicy anecdote came when Hedron explained how Hitch’s wife, Alma – who she considered a friend – had once approached her and apologized for the treatment she had to endure from the director. “But Alma, you can stop this!” I told her. Her eyes just glazed over and she walked away.”

Hedren seemed most animated when talking about her love of wild animals -- having rescued exotic cats since the early 1970s (she once had five lion cubs living in her house). On that front, Hedren has helped author current legislation to stop the breeding of “big cats” through her non-profit, the Shambala Preserve.

And what about those leading men? During a brief question and answer period with the audience (Hedren had to be whisked back to Charlottesville by 7:30 p.m.) a woman asked who she found more appealing, Rod Taylor (“Birds”) or Sean Connery (“Marnie”). Hedren mostly refused to give a definitive answer, saying both men were incredible to work with and had wonderful personalities -- and looks.

“So who was scarier: Hitchcock or the lion?” someone else asked.

I was in the back row and didn’t fully hear the answer, but it was again non-committal and something to the effect of “it depends on your experience.”

This is a classy lady who showed today hints of the strength and resiliency that made her young face so interesting on screen. While she played a rich daddy’s girl in “The Birds,” there was always something memorable in those eyes – both seductive and wise. Perhaps it stems from the deep personal reserve of a woman who has been relentlessly hit on her entire life. Who knows too well that overbearing men are for the birds.

“I could write a book about getting out of situations,” she said to laughter.