Slash Coleman moves to New York with River City on his mind. 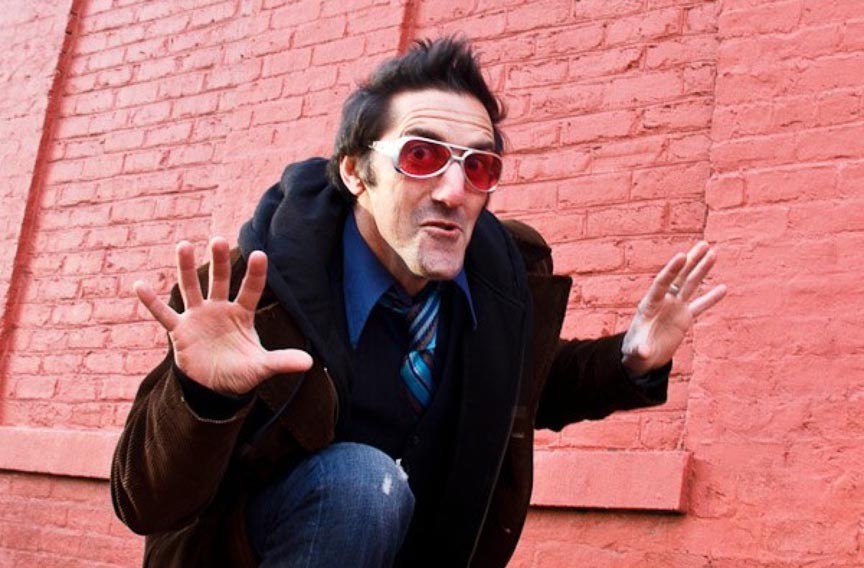 It's always a little sad when a unique bird flies the coop. But change brings growth and wisdom, one hopes, through new perspectives. If you were a professional storyteller, how could you sit still?

Richmond's premiere live storyteller, Slash Coleman, has been rambling ever since he graduated from L.C. Bird High School in the '80s. He's lived in Nashville, London, New York and Alaska, playing music and working as a performance artist. Six years ago, he moved home to Richmond and began focusing on storytelling, a relatively open field. He quickly had critical success with an off-Broadway, one-man show, "The Neon Man and Me," which later became a PBS special. And now he's moving back to the Big Apple.

"America is hungry for it. It's like reality TV on stage," Coleman says. "My memoir is about all my disastrous love relationships that started in Richmond, then followed me around on my travels after high school." Because of the current publishing problem of "memoirs actually being fiction," Coleman says his agent asked him to get releases signed. "I was like, 'You want me to get in touch with all my old girlfriends in Richmond and get them to sign something?' That's impossible," he says.

The son of a former Virginia Commonwealth University sculpture teacher, Coleman has many family members in the area. Growing up among artists provided fertile ground for his imagination.

"My dad and uncle started Tinkers [now Tinker and Co. furniture] over in Southside Plaza on Hull Street. They actually built a life-sized replica of a ship. They would dress up like pirates and have shootouts," Coleman recalls. "All done for marketing; they were drunk half of the time. I grew up on that ship, among all these artists. It was a different take on the American Dream."

Coleman says that growing up Jewish in the South also was a factor in his career choice; his mother, a Holocaust survivor, didn't discuss the past.

"I kind of grew up in that silence. That pushed me to say, 'I don't want this silence around me. I want to tell stories,'" he says. "Personally, I think there's still a lot of fear in the Jewish community around expressing who you are. ... My mom pretty much said, 'If you tell anyone you're Jewish, you will die.' Period."

Even Coleman's unusual first name has a story.

"My grandparents worked for the French Resistance and at the Moulin Rouge," he says. "The name Slash actually comes from my grandfather, who changed his name 15 times during the Resistance."

For the last few years, Coleman has been honing new material in local venues and on the national storytelling circuit. "For me, storytelling is not improv off someone's head, it's someone who is polished in their craft up there, telling something that gives me a glimpse into how they're feeling — and I get to look at myself a bit," he says.

The new PBS special will begin shooting in October; one part will consist of interviews with modern storytellers. The second part will be Coleman's live show, featuring stories about growing up in Richmond in the '70s and '80s, filmed at different stops around the country. He'll be performing collaborations with various artist groups at these shows.

"All my work now is about Richmond, every single bit of it," he says. "If I would've done stories about it during my 20s, there would've been a lot of anger. But I've grown a lot as an artist. I put it in perspective. Now I feel like I'm an ambassador spreading how cool Richmond is."

Coleman says his ultimate goal is to play huge spaces ("I want to open a Kenny Chesney show") and when he comes back to Richmond, he hopes to perform in a larger venue such as CenterStage or the Landmark. "I'm definitely coming back to Richmond with it, but I don't know if it'll be with the orchestra, the clown troupe, the group of comedians, or what." S