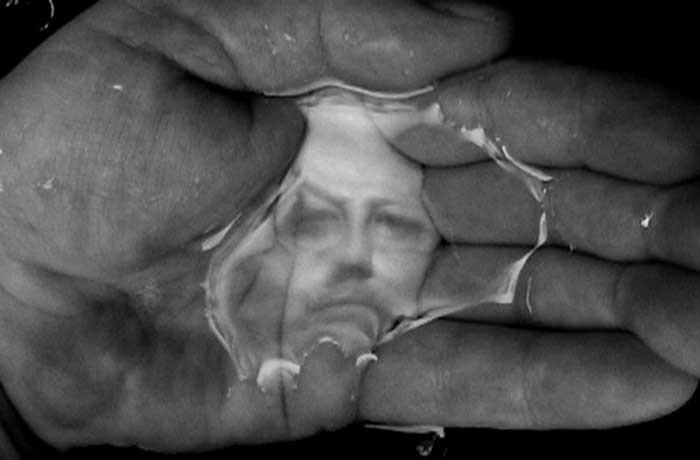 Heralded as the most important contemporary artist to come out of Colombia, Oscar Muñoz creates conceptual art that spans a range of mediums, including photography, video, drawing, printmaking and sculpture.

His work is important because it elucidates themes of impermanence, especially as related to the life-death cycle, and the intangible parameters of memory. The literal process of creation and degeneration of Muñoz's work, coupled with elemental materials, provides the foundation for his art. In essence, as with people and memory, for a short time lives or images exist, then due to nature or the movement of time, or because of political violence, they disappear.

Steven Matijcio, curator at the Southeastern Center for Contemporary Art, affirms that "Muñoz's work resonates on so many levels. It is quiet, poetic and especially haunting when you consider the political arena in which the artist works. Drawing on his experience of a society where fellow citizens disappear with regularity, Muñoz creates work that memorializes the ephemeral with the ephemeral."

The man himself says: "The true function of photography is fulfilled when the referent disappears; it is at that point that photography acquires all its force and value."

Muñoz lives and works in Cali, Colombia, though his art has been traversing the globe consistently and with purpose for many years, including the 52nd International Venice Biennale in 2007 and a poignant 2006 exhibition called, "The Disappeared," in Laramie, Wyo. Important public and private collections such as the Tate Modern, the Museum of Contemporary Art in Los Angeles, the Houston Museum of Fine Arts and La Caixa in Barcelona, Spain, have acquired his work. This winter and spring, Muñoz's work will be featured at Galerie Mor Charpentier in Paris and the Museo de Arte de la República in Bogotá, Colombia, and will make two separate appearances in Richmond.

"Ambulatorio" opens Feb. 10 at 1708 Gallery. The ambitious installation consists of 36 black-and-white aerial photographs of Cali, mounted on security glass and lodged onto the floor. The arrangement demands the viewer walk over the city streets and structures, becoming part of the conceptual process, the final element of the art installation. The gazing down in order to witness, the mandatory travel across cartographic panels;, the implication of using security glass, and the nuanced used of the artist's home city all raise questions about safety, comfort, foreignness and home, as all-inclusive human preoccupations.

The Visual Art Center will open "Imprints for a Fleeting Memorial" in early March, which includes several multimedia works shown at the exhibition's previous locations, but with four new works included. A 28-minute video installation, "Re/trato," meaning literally "portrait" and "I try again," shows the incessant drawing and redrawing of an elusive self-portrait. The image is drawn with water on a concrete slab in intense sunlight, so that the marks begin to disappear as soon as they are drawn. "Re/trato" is profound in its visual, conceptual and technical depth while embarking deeply emotional and universal territory — the loss of a loved one, the loss of memory and the more philosophical loss of self.

"Line of Destiny," another of several video installations complimented by three-dimensional works, presents the artist's face in a pool of water held in hand. The image slowly fades as the water drains between fingers until there is nothing left but the palm of the hand, or in palmistry terms, the line of destiny.

Of course every human destiny is to exist in the visible, tactile world then to fade away in death, ultimately to fade away even from all memory. The mysterious impermanence of life and image is made plain. It is a simple truth. This work and others in the series stem from the myth of Narcissus: The man becomes obsessed with his own reflection in a pool of water, unable to see it as merely an image of real life and so clings to it above all else until he dies.

Muñoz's visions in their flesh and real time beg the truth of timelessness. An artist that can use fire, water, earth and light to harness fleeting yet eternal life manages much.

"Oscar Muñoz: Imprints of a Fleeting Memorial" will be on view at the Visual Arts Center of Richmond, March 2 - April 22. "Imprints" is organized and circulated by Prefix ICA and curated by Jose Roca. In partnership, 1708 Gallery will play host to Muñoz's "Ambulatario," Feb. 10 - April 7. For information and related events, visit visarts.org and 1708gallery.org.