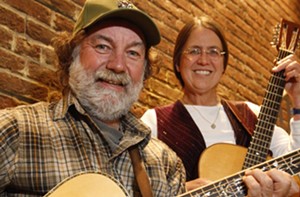 Jam Inc. helps to bring musical awareness to youth across the region. It also books intimate music events at In Your Ear studios. And starting May 19, it began re-airing its "JAMinc Presents in Your Ear" radio series, on WCVE-FM 88.9 on Saturdays at 1 p.m. (The 12 hour-long programs also are available for on-demand streaming at ideastations.org/iye.) We asked Jam Inc.'s president, Tim Timberlake, husband of Style Weekly Food and Drink Editor Deveron Timberlake, to choose his favorites. "Let me preface this with how hard it's been to narrow it down to our best five," he says:

1. Kruger Brothers, Feb. 17, 2006: Switzerland's Jens and Uwe Kruger and their New York "brother" Joel Landsburg were so taken with the music of Appalachia, they actually moved to North Carolina to immerse themselves in it. The bluegrass-based trio captivated us with engaging musical explorations and stories.

2. John Cephas, May 1, 2008: We'd enjoyed John's long-running partnership with harmonica master Phil Wiggins, but here was a chance to get a rare solo seminar into the makings of Piedmont-style blues. It would prove to be his last solo performance before his passing the following year.

3. Wayne Henderson & Helen White, Oct. 24, 2008: Rugby, Va.'s master luthier and flat picker, brought his homespun warmth and wonderful stories to Studio A along with some great tunes played with his favorite picking partner. Wayne and Helen released a live CD from their In Your Ear performance. 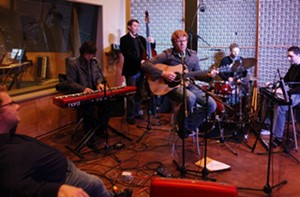 4. Jesse Harper, Jan. 2, 2009: Old School Freight Train's former frontman gathered a group of Richmond's A-list players to support some of his compelling original tunes and solid covers. Trey Pollard, Darrell Muller, John Winn, Daniel Clarke and Robby Sinclair had a really good time, and so did our capacity crowd of 80.

5. Howard Levy with Chris Siebold, Sept. 25, 2009: An amazing opportunity to witness high-level artistry at the hands (and mouth) of one who does more with the diatonic harmonica than anyone on the planet. Guitarist Siebold added a tasteful backdrop to the harp's wanderings, and they both sat for hours listening to playback in the control room after the show. Hey Mikey!