No one should be surprised that someone with Venus Flytrap’s impeccable sense of style would produce a fashion show.

With the hit television show “WKRP in Cincinnati” a distant memory for him, actor, director and producer Tim Reid has put his efforts into the nonprofit Legacy Media Institute for the past 15 years. He’s traveled the world — such places as Cuba, Nigeria, Tinidad and the United Kingdom — while working with young, emerging filmmakers. The goal to ensure that diversity is reflected on screen.

Referring to Legacy’s home, a former factory space in Manchester, Reid quickly notes that it’s not a studio despite appearances to the contrary. To him it’s a content incubator, a place to nurture the abundance of talent he’s found in his native Virginia.

One of those talents is Salome Autolino, an Ethiopian-born, Hampton Roads model and fashion blogger. She and Reid’s wife, Daphne Maxwell Reid, conceived of a Spring Fashion Showcase last year to benefit the Legacy Media Institute.

Reid acknowledges that a fashion show never would have occurred to him, but he was on board immediately. “It’s easier to work with models than make a movie,” he says, laughing. “But I didn’t expect it to be an annual thing. And I certainly wouldn’t have gone in this direction without Salome.”

Last year’s event, held at his incubator, was a resounding success. So much so that it’s moving to a larger location in a burgeoning art colony taking shape off Decatur Street.

Nine designers from around the world will present their spring collections, including, from Virginia, Bristow’s Bernard Moore, whose custom hound’s tooth monokinis and Euro-style men’s swim briefs alone are worth the price of admission.

Using 27 models, many from Virginia, to show the clothes, the extravaganza also includes a marketplace with accessories, make-up demonstrations, perfumes and T-shirts. All clothing shown on the runway will be available for purchase.

Reid says he’s known about the talent pool here as far back as his “WKRP” days, when the show’s art director, Virginia Commonwealth University graduate Jacqueline Webber, won an Emmy.

“I always thought Virginia had talent, but when I built my studio in Petersburg 19 years ago, I couldn’t get people to respect what we were doing,” he says. “Then when I was casting three years ago, all of a sudden Virginia was full of talent. When I met Salome, I wasn’t expecting I’d find that kind of talent in Hampton Roads.” 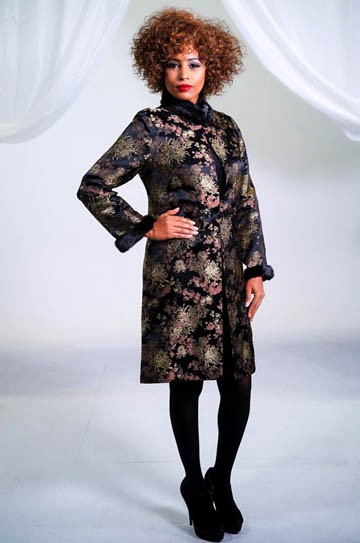 Autolino will serve as host of the Virginia Tourism-sponsored fashion showcase, which includes an exhibit of Reid’s artwork, a question and answer session with beauty experts and, if last year is any indication, an impromptu dance party on the runway. VIP tickets ensure front row seats, food and a chance to chat with designers before the show.

“We had a vision to create a fashion show for all sizes,” Autolino says of the red carpet event. “I was thrilled to have the opportunity to work with Tim and bring so many talented people here to show it off. Virginia has style, too.” S