Tim Brantley at the Canal Club 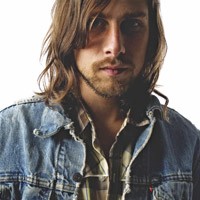 With long hair and scraggly facial hair, Tim Brantley looks a bit like some Southern, neo-hippie drifter, a man whose musical predilection would fall somewhere between the Black Crowes and the Allman Brothers Band. It comes as bit of a surprise then when you start to hear the pop sensibilities of Elton John and Billy Joel in his self-produced debut, “Goldtop Heights,” a reference to Atlanta's skyline. Tracks such as “The Race” and “Damage” coat themselves in late-'70s rock melodies, supported by Brantley's Springsteen vocal punch. Recently raising his profile with a special performance on the “Today Show,” Brantley plays the Canal Club with Josh Hoge and Andy Davis on Sunday, July 5, at 7:30 p.m. $10. 643-2582.