Tim and Daphne Reid Set Up Creative Space in Manchester 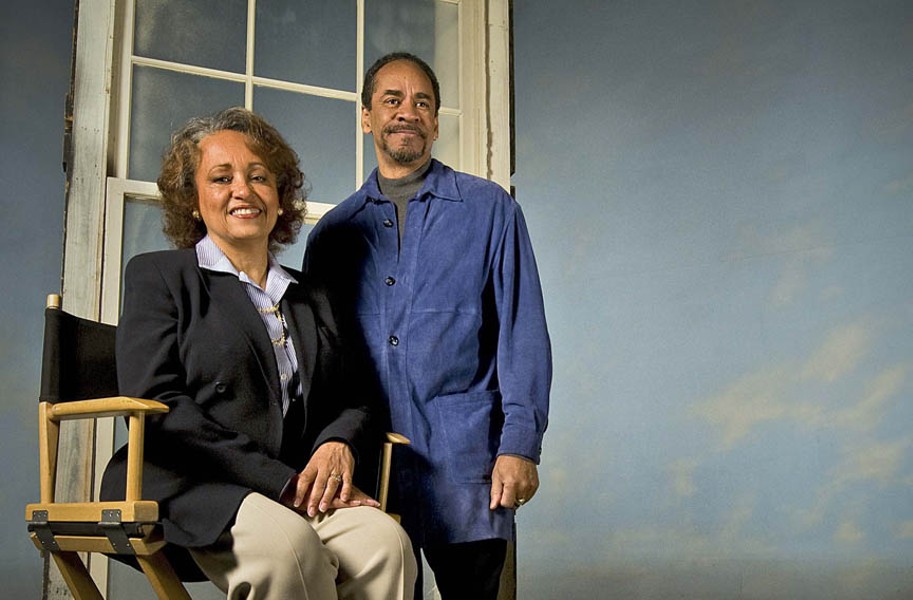 Ash Daniel Daphne Reid, who played Vivian Banks on “The Fresh Prince of Bel-Air,” and her husband, Tim, best known as Venus Flytrap on “WKRP in Cincinnati,” are establishing a creative space in Richmond.

Former television and film stars Tim and Daphne Reid have come to the big city, so to speak. After selling their palatial soundstage and production facility on the outskirts of Petersburg last year, they’re launching a project in Richmond’s Manchester neighborhood.

For nearly 20 years, the couple operated New Millennium Studios, which served as the state’s only full-service production studio. The 14,850-square-foot building, on 60 acres, housed a life-sized replica of the Oval Office. Parts of Steven Spielberg’s “Lincoln” filmed there.

The new space, at 215 W. 21st St., is far cozier. The Reids lease about 4,500 square feet in the Manchester location, which is an industrial space of 26,446 square feet. They keep many of their set pieces and equipment in a 20,000-square-foot storage space in Manchester, rented from Modern Warehouses LLC.

Tim Reid says that Richmond’s creative energy and the growth of Manchester make the city an ideal place for a creative space.

“It is of course a changing diverse community that is reviving itself,” he says. “You see community gardens, you see coffee shops springing up, you see this infusion of diverse culture.”

After selling the previous Petersburg property, Daphne Reid says they were looking for a smaller location to fit the trend of shooting films on location. She said that many filmmakers were moving away from filming in large production studios.

“The paradigm has shifted in the film business,” she says. “They’re shooting on location and not in big studios. We really didn’t need all that land.”

Running a large studio was financially draining because of the lack of financial incentives Virginia gives to filmmakers, she says. The state ranks in the bottom third for the amount of tax credits available for television and film projects.

The Reids have seen financial difficulties through the years. They racked up $60,823 in delinquent taxes dating to 2007, the judgments for which were filed in Petersburg Circuit Court. All of the liens were paid in full before the couple sold the New Millennium property March 25.

The Reids continue to live in Petersburg. They’d planned to move to Richmond and renovate space in the old Ayers and Son Floor Covering store at 2622 Hull St., which they bought in 2015. But they recently decided to sell. It’s listed for $500,000, and city real-estate records indicate that the parcel was valued at $249,000 this year.

“It was a dream that turned out to be bigger than I wanted to tackle,” Daphne Reid says.

Tim Reid says that that the couple will use its new space not only for films, but also as a photography and sculpting studio. The couple calls the full-service creative space an incubator for the talents of young filmmakers from across the world and Virginia universities. Through their nonprofit Legacy Media Institute, they offer Tim Reid’s tutelage and the use of the studio’s equipment to aspiring filmmakers.

Community events such as spoken-word sessions, movie screenings and fashion shows also will be held at the venue. You can get a first look at the space during a spring fashion show featuring international and local designers March 19 from 3-7 p.m., with tickets on sale at legacymediainstitute.org.