Tift Merritt at The National 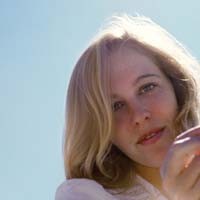 Since her debut album, “Bramble Rose,” was released in 2002, North Carolina's Tift Merritt has established herself as an unsung belle of the alt-country genre, unable to capitalize commercially on her critical admiration. Her kind of comfy, country-folk strumming and honeyed-wisp sigh brings comparisons to artists such as Emmylou Harris and Carole King. Merritt's latest record, “Another Country,” finds the young songwriter in a new introspective form. The result of a trip taken to Paris, Merritt's rainy-day Americana gives a country sweetheart some noticeable soul. Opening for local favorites Drive By Truckers, Merritt performs at The National on Saturday, Aug. 22, at 8 p.m. $20—$25. 612-1900. — Mike Hilleary