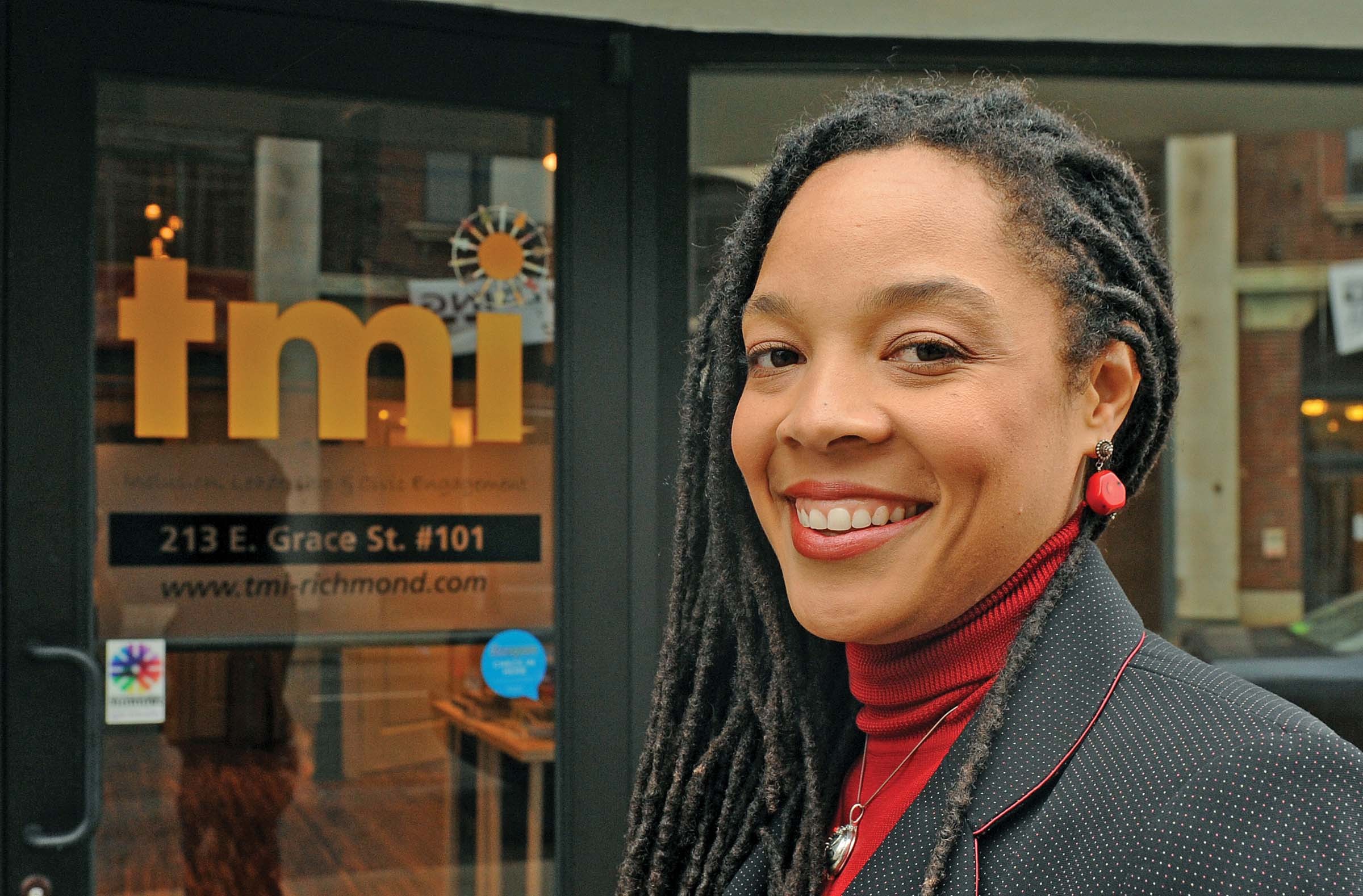 Tiffany Jana has a knack for making big things happen.

She helped launch the long-running First Fridays Art Walk. She helped market the inaugural Acts of Faith theater festival, now in its ninth year. Her current endeavor is the most challenging yet: getting Richmond to fully embrace its diversity, one company and project at a time.

Jana (pronounced Jah-na) founded TMI Consulting in 2010 with her husband, Matthew Freeman, who also is a food writer for Style Weekly. The company is the first certified B Corporation in the diversity and inclusion industry, which means it's held to strict standards of ethics, transparency and accountability.

Working in diversity training is a little like working for the CIA: You can't talk about what you do. Companies often call in Jana's company after they've had a discrimination incident or lost a lawsuit — "dirty laundry," she explains.

That isn't how it should be, Jana says. She advocates investing in employees' training before something breaks down, to help a company's diversity become an asset. Her company provides the same service for local government, helping to make sure many voices are heard in city planning processes.

Her next major endeavor is promoting and organizing the Big Mix, a festival celebrating multi-ethnic and multicultural families set to launch here in August. Richmond's festivals are the city's best example of inclusion, Jana says, because they're free, attract everyone and offer a reason to gather where "we're all getting along and having a great time."