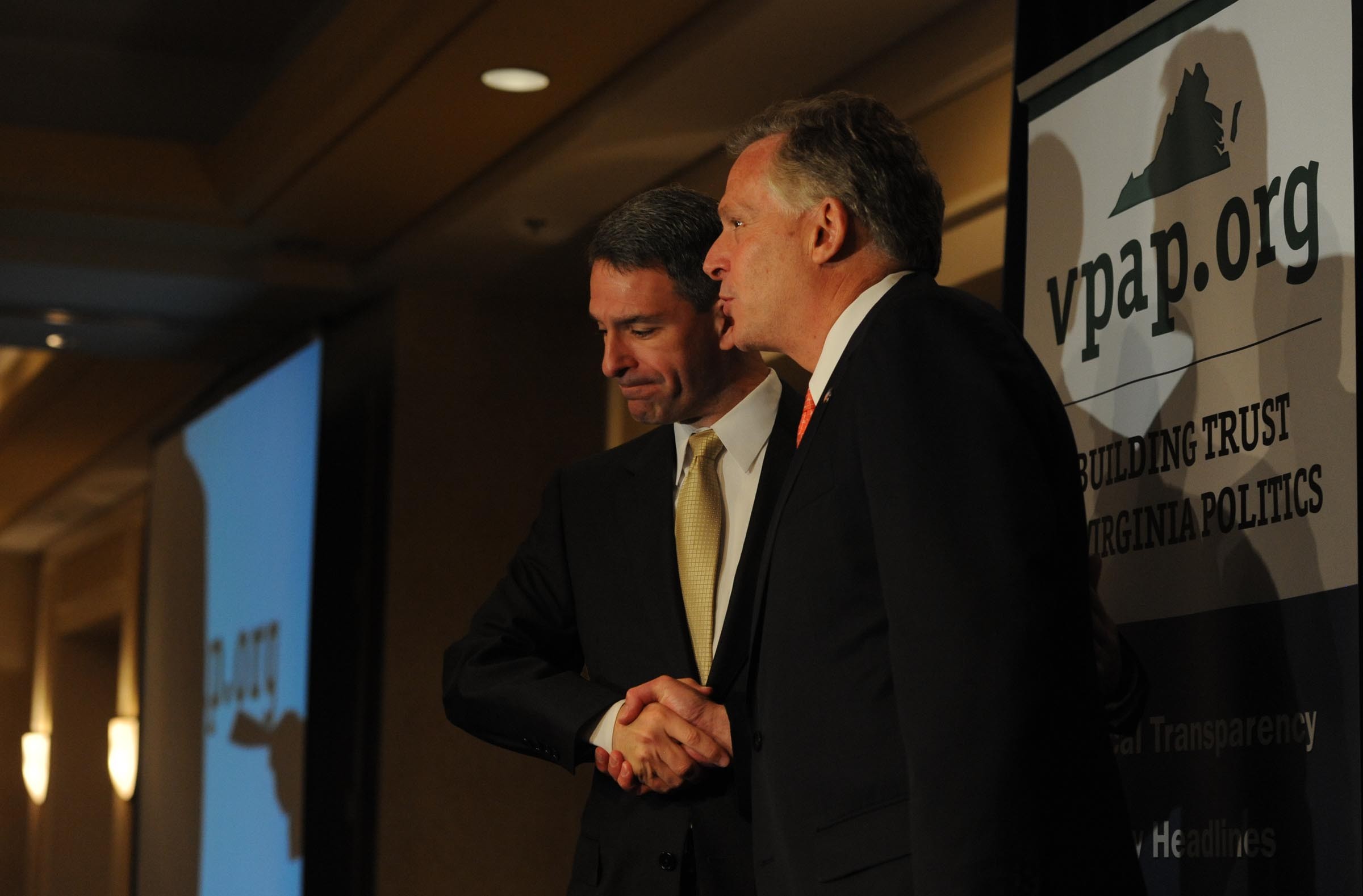 Virginia's venomous gubernatorial race has been a major turnoff for voters who have, in poll after poll, indicated their disdain for Democrat Terry McAuliffe and Republican Kenneth Cuccinelli.

Stump speeches and advertisements have been bitterly negative focusing on personalities and alleged ethical transgressions rather than issues.

Hard-right Cuccinelli is pictured as a polarizing figure tainted by the Star Scientific gift-giving scandal. McAuliffe is painted as a blarney-spewing glad-hander and political money bagman with a string of business failures.

"The question is why the choices aren't more appealing," says Steve Farnsworth, a political science professor at the University of Mary Washington.

The reason could lie in the structure of Virginia's political system. Virginia is noted for its powerful governorship and its weak, part-time General Assembly. The system seems structured to empower the elite and discourage outside participation and voter interest. Consider:

Virginia is the only state in the country that forbids governors to succeed themselves. The one-term rule creates a constant churn of candidates who have only one four-year shot to propose and win approval of major policies. This forces deadline work, such as the convoluted transportation plan that outgoing Gov. Bob McDonnell scrambled to get passed this year. "McDonnell had a lot of anxiety about getting a legacy program," says Quentin Kidd, a political science professor at Christopher Newport College.

Another problem is that the system gives experienced governors nowhere to go but Washington. Former governors George Allen, Mark Warner and Tim Kaine all ended up in the U.S. Senate where they focus on national, not state, issues.

Other than New Jersey, Virginia is the only state to hold gubernatorial elections in off years for four-year terms. New Hampshire and Vermont make governors stand for election every two years.

Some say the Virginia approach, adopted in 1851, is beneficial. "We hold off-year elections to isolate them from the national environment," Richmond political analyst Bob Holsworth says.

But it tends to dampen interests from voters who had to endure major national, state and local elections just the year before. According to Farnsworth, black voters and those who are younger than 30, who tend to vote Democratic, typically don't take as much interest in off-year gubernatorial races. This tends to give an advantage to conservatives such as Cuccinelli.

Ironically, this year's race has garnered tremendous national interest because Cuccinelli is a brand name and the race is seen as a bellwether for congressional contests in 2014 and the presidential race in 2016. Usually, Virginia's off-year campaign is ignored.

Virginia's Democratic Party is famous for failing to develop a promising group of potential talent. "The Democrats have never done a good job of this," Kidd says.

That's one reason why McAuliffe, who lost decisively in the 2009 gubernatorial primary and is seen suspiciously as a Washington insider, was picked as candidate. There really wasn't anyone else. Democratic stars Kaine and Warner were off in Washington and former U.S. Sen. James Webb wasn't interested.

The Republicans have the opposite problem, Kidd says. A slew of activist candidates are churning up at the low rungs, though these days they have strong ties to the tea party or the Christian religious right. This is one reason why the Republicans ended up with an off-putting firebrand E.W. Jackson as their candidate for lieutenant governor, Kidd notes.

Cuccinelli's manipulative victory in getting the GOP to hold a convention instead of a primary in 2012 also was a major factor why the radical right dominates the Republican ticket. A convention gives hard-liners like the members of the tea party disproportionate power to block more centrists like Lt. Gov. Bill Bolling.

Cuccinelli's machinations may come back to haunt him, says Norman Leahy, a conservative blogger at Bearing Drift. "Cuccinelli lives under the misconception that McAuliffe would be as easy to dispatch as Bill Bolling," Leahy says.

The Old Dominion consolidates power in the state executive, but it allows voters to pick candidates for only the three highest jobs — governor, lieutenant governor and attorney general — which limits interest.

It also makes it more difficult for candidates to get much experience running things. Other states have elections for statewide but less important offices, such as secretary of state or treasurer. The system helps create a more experienced base of politicians for office.

Leahy, who grew up in Colorado, notes that Roy Romer, a highly successful Democrat, was Colorado governor from 1987 to 1999 after serving for 10 years in the elected position of state treasurer. He later became superintendent of the Los Angeles school system.

Analysts agree that, lacking alternatives, the General Assembly is the best place to get experience for use as governor. In this regard, Cuccinelli, a state senator for nearly eight years, holds an edge over McAuliffe, who's never held elected office.

But the General Assembly has limits. Legislators are part timers and are in session for only about two and a half months, occasionally less. They're paid pin money averaging $17,820 a year. The system harkens back to days when Virginia largely was a farm state, not the modern information technology and federal government contracting behemoth it is now. Many other states have professional legislators.

One downside is that would-be legislators face daunting expenses if they want to run for office. If they win, they have to move between their low-paid public jobs and better-paying private ones. This discourages participation, Kidd notes.

Farnsworth says that some electoral districts have been gerrymandered so that legislative candidates face little if any opposition. That might make running cheaper but it denies them the experience of becoming battle-tested in a tough campaign.

Another problem is that having part-timers with money problems helps large corporations and their lobbyists influence legislators. This issue could become more important if a state ethics commission is considered following McDonnell's GiftGate scandal.

Can such structural problems be resolved? Probably not. Analysts believe legislators have no reason to make changes. As Farnsworth says, "Incumbent candidates are the most risk-adverse people you can imagine."