Richmond is launching a building improvement program. Here's what needs the most attention.

by Ned Oliver and Edwin Slipek

There’s a plan to put some shine on downtown.

The city has set aside $250,000 to launch a facade improvement program designed to attract business and tourism to its Downtown Arts and Culture District. The money would pay to improve the general appearance of an undetermined number of buildings in the district, a swath of downtown stretching from the Richmond Ballet building at Fifth and Canal streets to Gallery5, an art and performance space on West Marshall.

Lee Downey, the city’s director of economic and community development, says similar programs have been successful elsewhere. “We want to, you know, be showing a place that looks nice and that’s on the move,” he says.

While the city’s still working out a decision-making process for choosing which buildings need attention, here are the three facades screaming loudest for help:

1. The Italianate three-story house at 307 W. Grace St. is a decaying eyesore. Its cast-iron front porch is a knockout, however, and painting the woodwork and rich detailing of this brick building would enhance the entire block.

2. In Jackson Ward, the sprawling, two-story apartment building at 9 and 11 E. Leigh St. is straight out of a Renaissance pattern book with its three-block, Andrea Palladio configuration and classical columns and entablature. This potential showstopper is just waiting for a makeup artist. 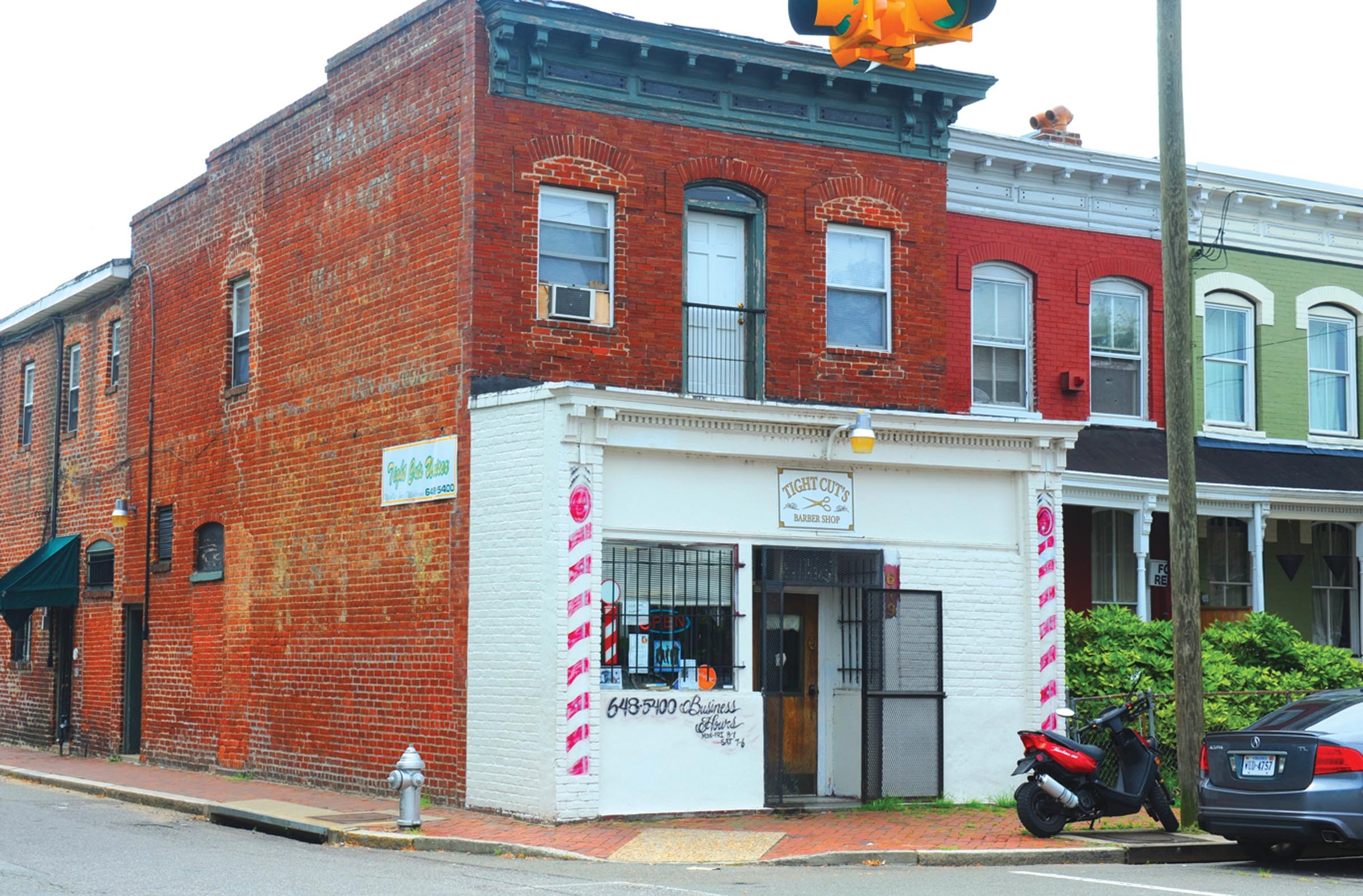 3. Not all candidates-in-waiting are so glamorous. Take the modest-sized building at 617 N. First St., which houses a barber shop. With paint and graphic redesign of its signage, it could be a charmer.

Get out the ladders!