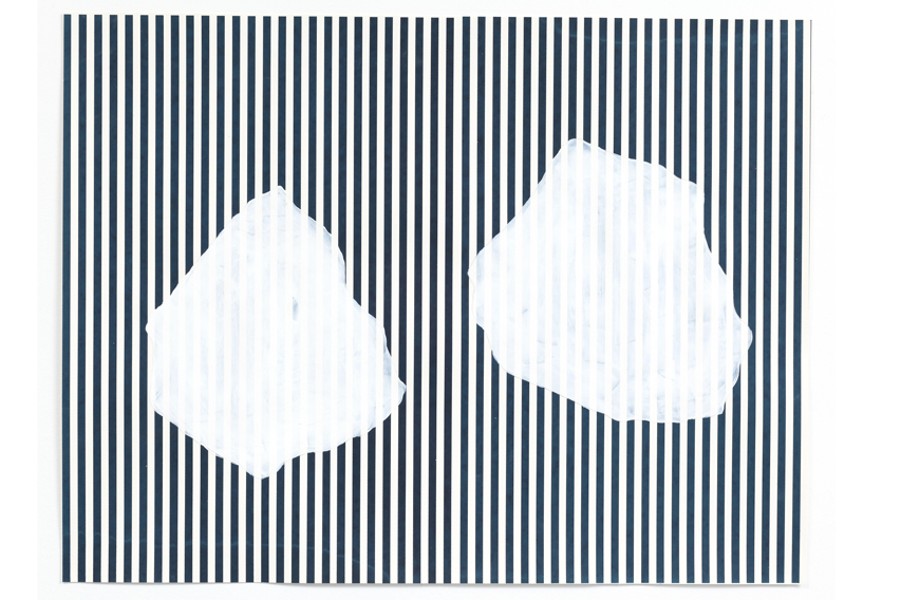 Finding two people who made her laugh until she cried was all Leigh Suggs needed to cement a long distance friendship.

Ten years ago, Kansas City artist Jessica Heikes, Detroit artist Emmy Bright and Richmonder Suggs met in a sculptural paper class at Penland School of Craft. That their desks sat near each other was the only spark needed to ignite the bond.

"We loved working near each other so much that we joked about renting a cabin in the middle of nowhere to just hang out while making work," Heikes recalls. "When we met, it seemed that we would naturally fall into candid conversations about art or our personal lives and how those things intertwined and always with a sense of humor."

Once they'd become friends in 2009, the three continued to follow each other's work while attending graduate school and earning fine arts degrees at different times and in various regions of the country. Still they stayed in touch and watched each other grow as artists.

"I think we've had this long-term investment in each other›s practice and independently love the kind of work each other makes," Bright says. "We all make really different work, and that's part of the attraction. But I think we all work on some similar ideas, although we do it in very different ways."

That intersection of ideas and friendship will be on display at the Visual Arts Center for "I> <You> <We," an exhibit that marries the styles of the artists, ranging from abstraction to notation, hard edged to organic forms, and their preferred media: printmaking, sculpture and drawing. Where the similarity asserts itself is with a shared concern around issues of emotions, relationships and the literal and metaphorical spaces in between beings and objects.

The three agree that the majority of their similarities lie in the inspiration, the concepts and the ideas. "We're able to communicate openly with one another in a way that is special and rare," Suggs says. "As for actual work, I'm not sure I would immediately pick out similarities."

But for this particular project they've tried on each others' methods of making to see what it feels like to walk in someone else›s art shoes by challenging each other to work in new ways. For example, Suggs, whose work blurs the boundaries of drawing, painting and fiber art, contributed silk screening and cast plaster pieces to the exhibit. 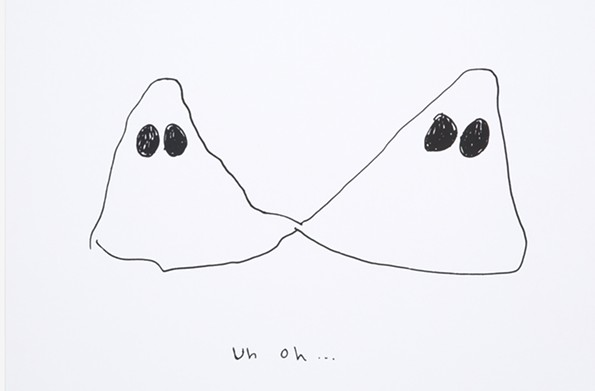 For the last few years, they've made a point to get together in person one to three times a year, including a couple of in-tandem residencies, where they met up and worked together. Skyping regularly keeps them informed of what the others are making, as well as sharing their skill sets to help each other work through problems or technical issues.

The interludes spent together in person don›t just include art making, either. "We make meals together, which is such an important part of our collaboration," Suggs says. "The time we have to talk about what's going on in our lives outside of art making is where we find new inspiration."

As for commonalities, all three have an interest in work that's handmade and a love and sensitivity to materials. As the show's title suggests, much of the work is thinking about the space of relationships, whether it's that of thought and feeling, visibility and invisibility, showing up and hiding, or an object and its memory.

For Bright, it's the space between one person and another one that defines the trio's work. "What exists in that space between two things?" she ponders. "It's both a lack or nothing, but it is a lack/nothing that is charged, specific, palpable. That›s the space we're interested in."

Heikes admits that she's created several lists and diagrams trying to map out the similarities and differences between the three of them, only to find that it all becomes a tangled mess in the end.

"It's funny since we often talk about how we're each trying to point at a blurry, hard to understand concept and make it clear, but in that act, we find that it only opens the door to more information, which in turn makes the subject even more muddled. It's like a dog chasing its tail."