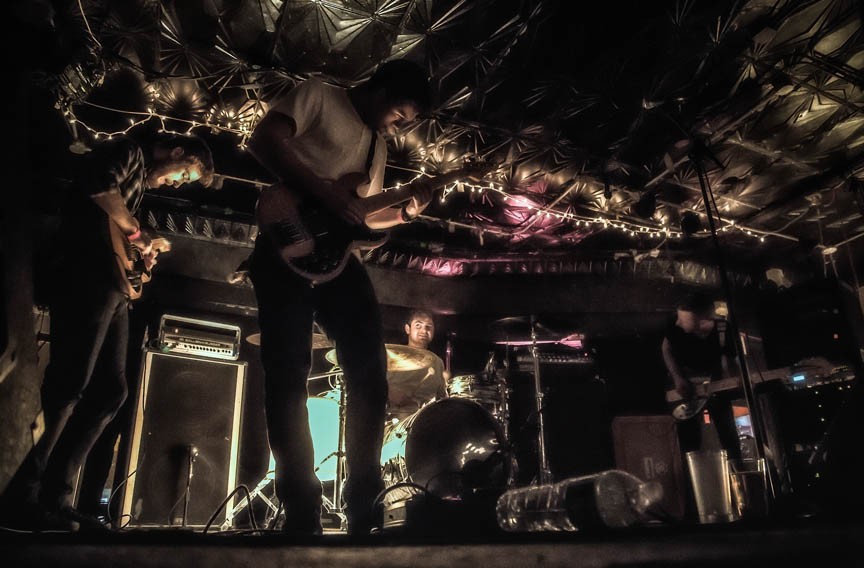 Having formed after the breakup of their previous group, Vessel, the band is making a name for itself through numerous local shows and East Coast touring. Shy, Low signed with Seattle-based indie label Spartan Records this summer and released its latest EP, "Binary Opposition," June 25. It's a two-song release with the tracks "Presence" and "Absence," each working off the other in an atmospheric and emotive piece of work.

Because the band can't talk about one song without mentioning the other, we asked about both.

Style: Tell us about those two songs.

Peterson: We began writing "Presence" and "Absence" with the idea of juxtaposition. This contrast was expressed through the musical differences in both of the songs. There is no "meaning" in the traditional sense, but we wanted to convey a theme of juxtaposition without attaching a specific message. Zak saw an art exhibit that talked about presence and absence, and when he mentioned the concept to the rest of us, we felt that those words related well to the music. The term binary opposition — the title of the record — is a literary phrase that describes related concepts that are opposite in meaning, so it all fits together.

How did the band get started?

Doody: We've been playing music together since middle school. Before Shy, Low, we were playing in another band, and after we lost a member, we continued to write music under a new name.

What was the process of recording "Binary Opposition" like?

Doody: We recorded "Binary Opposition" at Inner Ear Studio in D.C. with our good friend Allen Bergendahl from Viking Recording. Both of the songs were tracked live on analog tape. Tracking two 12-minute songs was incredibly tedious, and we spent nearly the entirety of two days recording. Opting for a live session was a new experience, and we feel the sound is raw and honest.

How did the deal with Spartan Records come about?

Bryant: After hearing our music, [Spartan Records chief executive and owner] John Frazier contacted us about the prospect of working with Spartan. After a few months of discussion, we decided that it was a great opportunity and we pursued it. It has been a great experience working with John, and has opened many doors for us that otherwise would have remained closed.

What's your opinion of the Richmond music scene?

Currie: The Richmond music scene is extremely diverse and has so much potential. In the few years we've been a band, it has come such a long way. The development of local music collectives such as the Subterranea Collective have really shown the strength and unity of Richmond's artists. We are so glad to call Richmond home.

What do you have planned next?

Peterson: We're writing music for our next full-length record, as well as planning future tours. These next few months will be pretty quiet as we prepare to head back to the studio in the winter or spring. S

Shy, Low performs at the Camel with Au Revoir, Way Shape or Form, October Wolves and Those Manic Seas on Tuesday, Aug. 27, at 9 p.m.