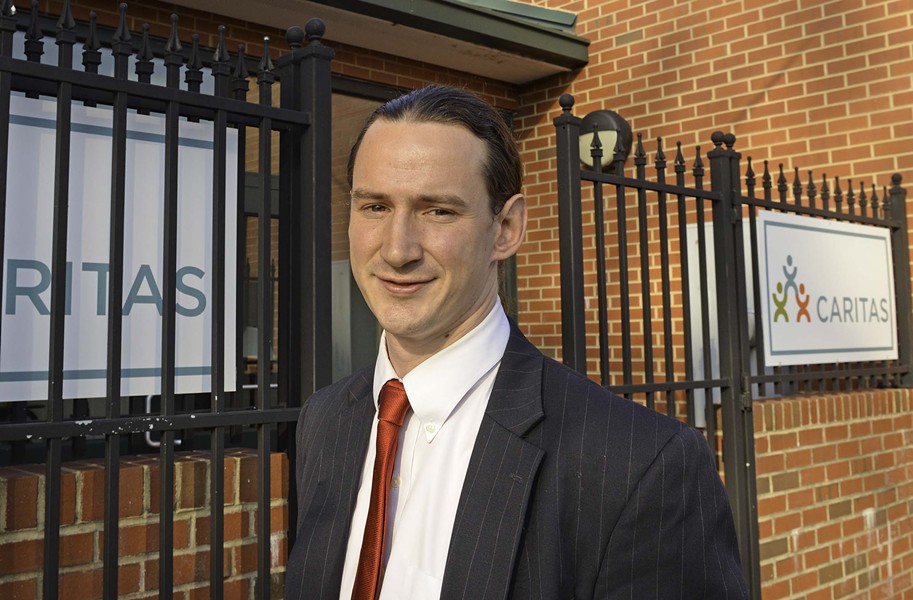 People experiencing their darkest moments with nowhere to go have found refuge in Thomas Bannard. On any given night, roughly a thousand people are homeless in Richmond, and Bannard serves as a light. He manages operations at the largest provider of homeless shelters in the area, Caritas, with a reach to 200 area faith congregations.

But it took the challenge of overcoming his own addiction problems as a student at the University of Virginia to make him want to pursue a career in counseling. One of the things that helped him was the on-campus support system, Hoos in Recovery.

After graduation, he says, “I was just looking for a career where I could use my experience in a positive way.” And service is something his family has always valued. The Thomas Johns Cancer Hospital at Johnston-Willis Hospital is named for his grandfather.

In 2008, Bannard began working at the addiction recovery program for men, the Healing Place. He quickly moved up to an administration position with Caritas shelter, which is housing-focused.

Part of his work is to fight stereotypes of homelessness, noting that the image of the skid row bum isn’t the whole picture. You might not be able to pick out people in a housing crisis — they’re “more similar than different” to us, he says.

Through his work, Bannard noticed a need for a similar program at Virginia Commonwealth University like the one that helped him at U.Va. So he helped start Rams in Recovery, and is working to create a substance-free dorm choice for students. He’s also attending business school at VCU to help him achieve his next big dream — starting a Healing Place for women in the city. He says there’s an absence of affordable addiction recovery resources for women.

“People ask me if working in homeless services depressing.” he says. “My experience is you see a tremendous amount of people’s success from scratch. Knowing what we’re doing is working makes it a very hopeful place.”