This Year, Check Out the Weirdest and Rarest Christmas Movies Ever Made 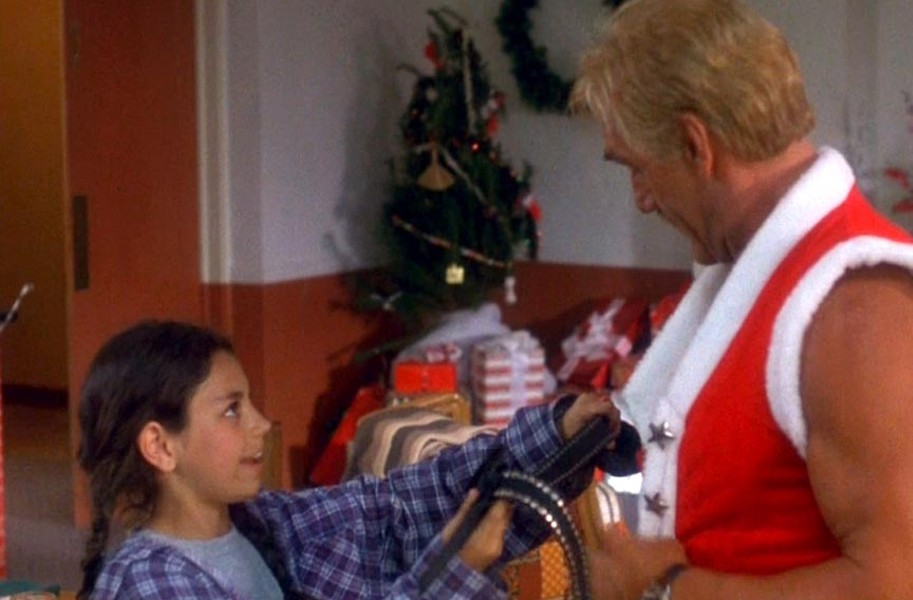 “Santa with Muscles” — Oh yeah, brother! Let’s jump off with what may be the weirdest if not absolutely worst Christmas movie of all time, largely because it stars Hulk Hogan. This 1996 action movie conceives the Hulkster as a millionaire entrepreneur whose amnesia causes him to believe he’s Santa. Hulk Santa then battles evil scientists trying to blow up an orphanage, because. … Well, maybe because the film had to have a family angle?

“Santa and the Ice Cream Bunny” — Another movie to keep away from anyone in rehab, this bizarre 1972 concoction places Santa in Florida, where he joins the Ice Cream Bunny (which is what, exactly?) on some kind of mission that makes no sense whatsoever, except maybe on a lot of weed.

“Santa Claus Conquers the Martians” — It features a “custume designer” in the opening credits and immortalization in an episode of “Mystery Science Theater 3000.” This movie from 1964 looks like what would result if someone hired Ed Wood to direct a children’s movie. Somehow a young Pia Zadora made it into the cast, although good luck paying attention long enough to catch her appearance.

“The Magic Christmas Tree” — What kind of drugs were they doing in 1964? Neck and neck with “Conquers” for cheap sets and a bizarre premise, “Magic Christmas Tree” is about a talking Christmas tree, which is really just a normal tree sitting there on a set with overdubbed voice acting as the main special effect bringing the tree to life. A young boy falls for it, accepts a magic ring, and uses its three wishes to save Christmas from witches and black magic. 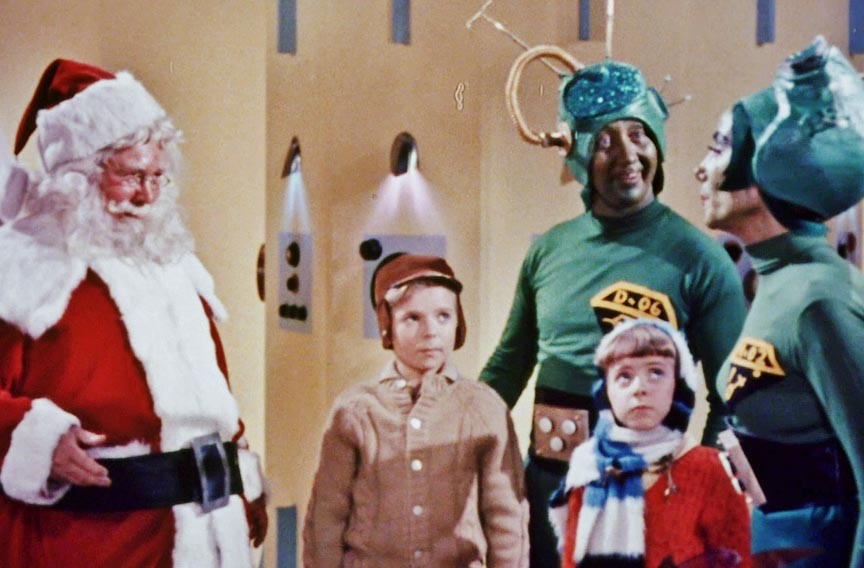 “Santa Claus” — Also fodder for “Mystery Science Theater 3000” mockery, this 1959 film from Mexican filmmaker René Cardona teaches children that Santa is really in league with Merlin the Magician — and that he doesn’t live at the North Pole, but on a funky satellite orbiting Earth. Also, they don’t deliver presents, they fight the devil, Pitch, and his minions for the souls of Earth’s children.

“Rare Exports: a Christmas Tale” — The late Roger Ebert actually gave this 2010 story of about an evil, rampaging Santa monster a big thumb up. The Finnish film — half horror and half extremely subtle parody — re-imagines Santa Claus as Santa Claws, a monster man accidentally thawed from the ice.

“Christmas Evil” — Finding horror in the Christmas season is fine. You cross the line when your story is about a boy who catches his mother getting sexy by the fireplace with Santa. Like a lot of these selections, “Christmas Evil” can be found on YouTube in full, which is just ammunition for the FBI to take over the Internet once and for all.

“Black Christmas” — Margot Kidder stars as a coed in a house of sorority sisters plagued by dirty phone calls that become threatening and then deadly in what many cite as the first true slasher film. It really depends on how one defines slasher film — Tobe Hooper’s “The Texas Chain Saw Massacre” hit theaters a couple of months earlier in 1974 as well. But what isn’t up for debate is the sheer impressiveness of cast and crew for a drive-in style movie like this. Leading a cast featuring Keir Dullea is director Bob Clark, best known for bringing the world Ralphie and “A Christmas Story.” Has anyone ever made two holiday films as seminal yet radically different?

“Silent Night, Deadly Night” — Another Christmas-themed horror entry, from 1984, this story of a traumatized boy growing up to become an ax murderer clearly was inspired by John Carpenter’s “Halloween.” It’s pretty much “Halloween” at Christmas, without Carpenter’s brilliance. But it’s not completely bad, reportedly outdueling Wes Craven’s “A Nightmare on Elm Street” at the box office head-to-head on their opening weekends.

“Star Wars Holiday Special” — Here’s bad: Did you know Boba Fett made his first appearance on television? Or that Art Carney and Bea Arthur are immortalized alongside Harrison Ford and Liam Neeson in the Star Wars canon? Did you want to know? Probably not, but in 1978, George Lucas was already proving he cared more about money than his movie-making legacy by allowing his nascent franchise to be turned into a television musical, just in time for Christmas. You read that right: Luke, Han, Chewbacca, C-3PO and the rest of the gang save the universe, again, but this time, to song and dance tunes. This is the crème de la crème of bad holiday movie ideas, but it was quickly thrown down a Sarlacc’s belly, never to be heard from again. If you can find a good bootleg please send a copy directly to me, care of Style Weekly. S