Soul popsters Lake Street Dive are on their way up. 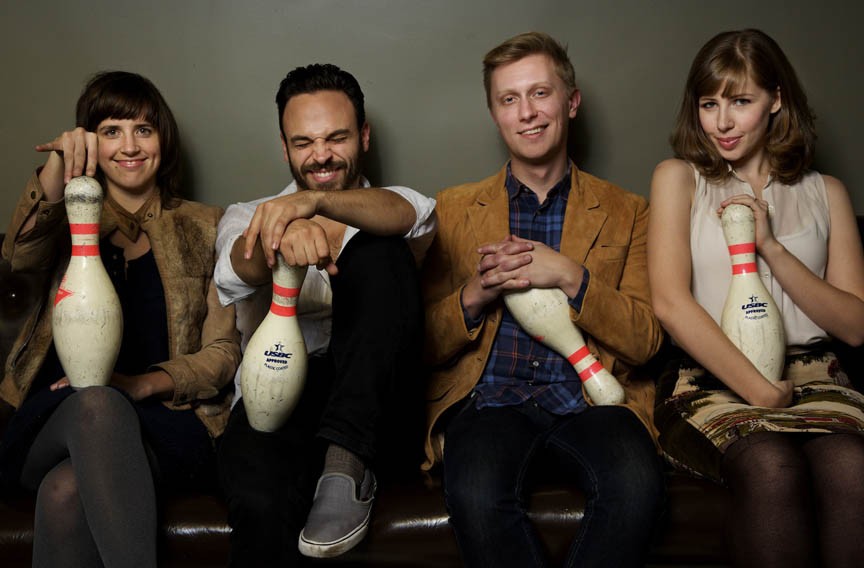 Singer Rachael Price is a damn sultry vocalist — full-bodied and lush, with a warm soulfulness to her ever-so-slight Nashville twang. It's a voice destined for big things.

Her singing was dynamic enough to place her on the path to an acclaimed career as a jazz vocalist, touring with the T.S. Monk Sextet and prompting lavish praise from major publications. Most of her youth was spent touring, receiving standing ovations at the Newport Jazz Festival and international competitions.

But Price, 26, has put that life on the backburner. She's too in love with her deceptively simple pop band of the last six years, Lake Street Dive.

"It happened organically. I just wanted to be in a band," she says from home in New York, where she lives with another heralded singer who played Richmond recently, Miss Tess of the Bon Ton Parade. "Jazz isn't going anywhere, hopefully."

Lake Street Dive is a reference to a musical Minneapolis street where the trumpet player grew up, but the four-piece met as students at the New England Conservatory. They originally formed a "Loretta Lynn meets Ornette Coleman ... free-country" group. That sounded terrible, so they quickly morphed into a jazzy, soul-inflected indie-pop band while acclaim for their Boston shows grew with each performance.

The great thing about the band is that each component brings something unique and essential. Apart from Price's star presence, the group features fluid trumpet player and guitarist Mike Olson, who writes the bulk of their catchy originals, a highly responsive drummer, Mike Calabrese, who excels at improvisation, and musical virtuoso Bridget Kearney on stand-up bass, who can play deep in the groove of any genre while providing perfect high harmonizing with her backing vocals, along with Calabrese.

Price is the daughter of noted orchestral composer and arranger Tom Price. She recalls listening to Ella Fitzgerald and big band musicals as a child. "My dad taught me a lot about being on stage and respecting the audience," she says. "Total stage dad."

The group's upcoming release is a six-song E.P., "Fun Machine," recorded at a friend's studio in Floyd County. It consists of fan-favorite covers by the likes of Hall and Oates ("Rich Girl"), the Jackson Five (a slow and soulful "I Want You Back"), Doc Pomus ("This Magic Moment") and George Michael ("Faith") — with one Price original included. The group has enough new material for its next album, Price says, which will be performed on this tour. "The production is a little different and the songs a little more serious," she says. "But it's the same four people playing and writing."

So far that's been a winning formula. S

Lake Street Dive will perform at Balliceaux, 203 N. Lombardy, on April 11 at 10 p.m. $8 admission. For information, go to balliceauxrva.com.