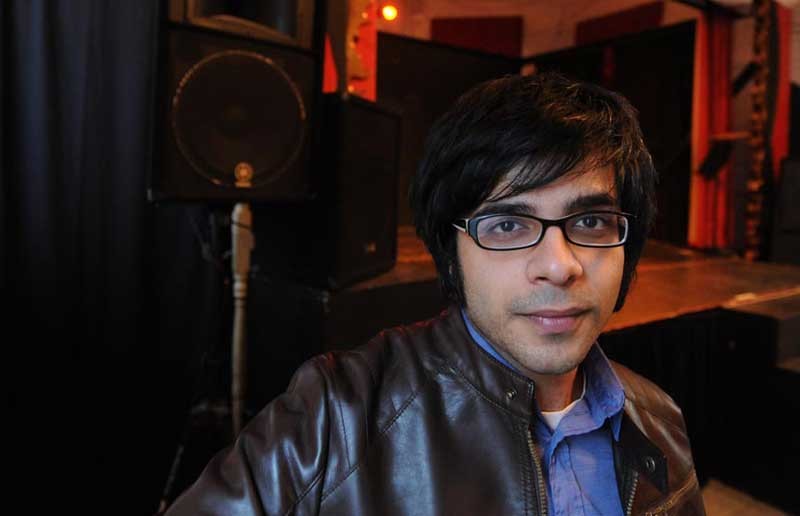 Forget everything you know about today's pop music. No offense to Katy Perry and Justin Bieber and their hoards of fans, but Richmond's annual Ghost of Pop festival reminds us that popular music can be innovative as well as fun and accessible.

Now in its seventh year, the Ghost of Pop materialized as a dream showcase of melodically oriented Richmond bands organized by local musician Prabir Mehta. For a city that produced a wealth of original music, the pop music scene seemed relatively uncelebrated. "I felt there was a need to recognize that Richmond has some cool, interesting music that is somewhat relatable," Mehta says.

Acknowledging influential pop artists of yesteryear also was a crucial element of the inaugural festival. The ghost of pop's past was resurrected that year by the Rip-Off, a group covering '60s-era garage rock. Although the event was a resounding success, Mehta and the staff at Gallery5 hadn't envisioned a second outing. While the following year drew to a close, however, Mehta noticed that a reunion of sorts might be in order.

"Some people that played the first year had moved on to different bands," Mehta says, "so we decided to put together another show and see where everyone was now."

That lineup included Mehta's then-new band, Prabir and the Substitutes, and the hometown return of power poppers Heath Haynes and the Cryin' Shames. Thus, the Ghost of Pop transformed into an annual, pre-holiday gathering of musical friends and family — one last hurrah before parting ways until the new year.

This year's lineup will include Goldrush and the Trillions, two bands that emerged, literally, from the ashes of the Substitutes, who set their gear on fire and trashed the stage before disbanding at Ghost of Pop 5. Headlining will be the Druthers, a group of Ghost of Pop alumni who cover British punk rock from the '70s and '80s.

But Mehta appears most excited for what he refers to as the "Han Solo" slot. "Since a lot of the same people play every year, it's nice to throw in the oddball," Mehta says. The lone wolf this year is Kid is Qual, a bass-driven dance-pop trio led by former Jack's Mannequin member Jonathan Sullivan. Ghost of Pop also has embraced the spirit of giving, with all proceeds from the door going to Home Again, a local organization that provides emergency and transitional shelter to the homeless. "They're one of the many unsung heroes of our community," Mehta says. "I'm glad we can put on festivals, but those people are up at all hours taking care of people." S

The Ghost of Pop festival — featuring My Old Ways, Young Adult Fiction, Queener, Horsehead, the Trillions, Goldrush, Kid is Qual, and the Druthers — will be held Dec. 10 at Gallery5. Proceeds will benefit Home Again. For information about the charity go to homeagainrichmond.org. Doors open at 7 p.m. and donation is $5. For information on the festival go to gallery5arts.org.