Your weekend (and occasional Wednesday) fall film schedule till winter.

"The Family" — Don't get too worried when you see Robert De Niro in yet another comedy as a mobster. Hollywood likes to start off the season at its most obvious, so as not to startle anyone. It's kind of like going over everyone's name and hobbies on the first day of school.

"Prisoners" — Some odd actor pairings this fall, starting with Jake Gyllenhaal and Hugh Jackman as a cop and dad in search of a missing daughter. Strangely, Jackman is the dad, with an adamantium skeletal system.

"Enough Said" — Odd couple No. 2 pairs James Gandolfini (in one of his final roles) with Julia Louis-Dreyfus in a relationship dramady from Nicole Holofcener ("Please Give").

"Gravity" — Not trying to beat a dead horse, seriously, but George Clooney opposite Sandra Bullock? In a realistic thriller? About stranded astronauts?

"Captain Phillips" — Tom Hanks stars as the real-life freighter captain taken hostage by Somali pirates. Johnny Depp reportedly fuming he wasn't cast as one of them.

"The Fifth Estate" — Benedict Cumberbatch was swiftly rendered to a CIA black site and water boarded over the weekend when the U.S. government found out he plays Julian Assange in this Wikileaks thriller by Bill Condon.

"Carrie" — For those who say Chloë Moretz ("Kick Ass") is way too cute to reprise the role made famous by a young, uncanny Sissy Spacek, there is, well, actually, just really no retort.

"Escape Plan" — Sylvester Stallone and Arnold Schwarzenegger team up to escape from a prison ingeniously designed by, who else, Stallone. How awesome and atrocious will this film be? And 50 Cent plays a computer expert incarcerated for cyber crimes.

"12 Years a Slave" — A literary adaptation at the movies. About an important era in history, American slavery. No kidding.

"The Counselor" — When is a lawyer (Michael Fassbender) in a movie about drug dealers and other crazy types (Javier Bardem and Brad Pitt) ever not in over his head?

"Blue Is the Warmest Colour" — Cannes sensation sure to garner stateside attention after Variety's claim of "most explosively graphic lesbian sex scenes in recent memory." Evidently Variety has a good memory for such things.

"Last Vegas" — Robert De Niro in another comedy, in Las Vegas, with Morgan Freeman, Kevin Kline and Michael Douglas uniting in an old guys' "The Hangover." No word yet on whether De Niro's character is a retired mobster.

"Thor: the Dark World" — If you don't already know what to expect here (3-D, world-saving) you probably aren't all that interested. 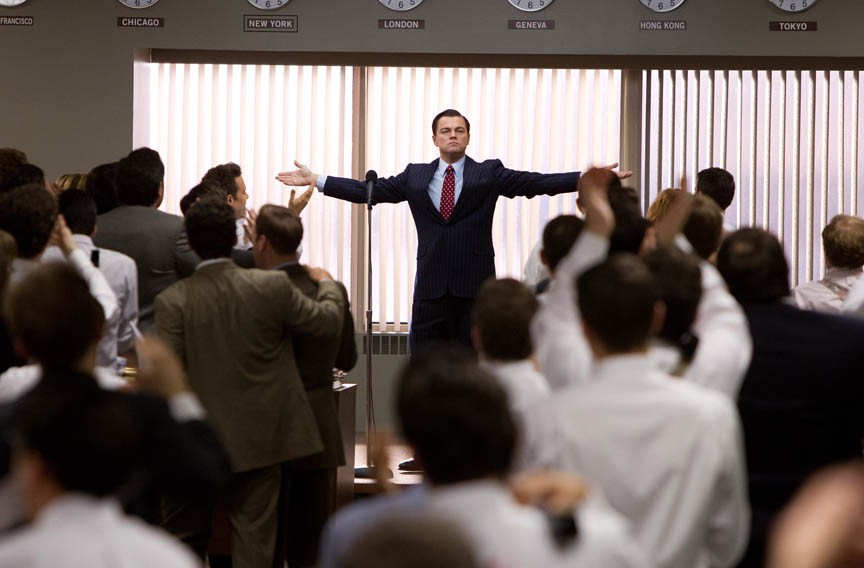 "The Wolf of Wall Street" — "Topical" and "Scorsese" not as inspiring as "Scorsese" and "DiCaprio," and yet another Wall Street exposé seems iffy.

"Delivery Man" — It's come to this: a comedy about a sperm donor (Vince Vaughn) produced by Steven Spielberg.

"The Hunger Games: Catching Fire" — No one is more excited than I am about this sequel to Katniss Everdeen's (Jennifer Lawrence) adventures, except maybe the Archery Trade Association, and anyone who's enjoyed the teen novels.

"Nebraska" — The studio fought against the black and white cinematography in Alexander Payne's road movie about a sweepstakes winner (Bruce Dern) and his son (Will Forte), but audiences at Cannes embraced the film.

Thanksgiving's cup runeth over with bountiful film releases. On the slate as of this writing: "Black Nativity," adaptation of Langston Hughes' version of "The Nativity," with Forest Whitaker, Jennifer Hudson, Mary J. Blige and Nas, among others; Spike Lee's remake of the ultraviolent Korean cult film "Oldboy"; Christian Bale as a steel worker in search of his abducted brother (Casey Affleck) in "Out of the Furnace"; and "Grace of Monaco," with Nicole Kidman as Grace Kelly in a biopic from Olivier Dahan, who made Oscar history with his Edith Piaf biopic "La Vie En Rose."

"Dallas Buyers Club" — Matthew McConaughey stars in an inspirational true story about Ron Woodroof, a Texas man who, in the 1980s, with the help of a transsexual woman (Jared Leto), began importing and later selling unapproved AIDS medication in order to survive.

"The Hobbit: The Desolation of Smaug" — If you don't already know what to expect here (3-D, world-saving) you probably aren't all that interested in this, Part 2.

"The Monuments Men" — Sort of a "Saving Private Ryan" meets "The Train," George Clooney directs and stars in what looks like a slightly lighter saga about an American squad (including Matt Damon) on a World War II mission to rescue art.

"Her" — The still-unretired Joaquin Phoenix stars in Spike Jonze's first writer-director effort, about a man who falls in love with his distinctly feminine computer operating system.