They Make Arts Districts, Don't They?

For the city and its artists, it's been a struggle to find that special place. 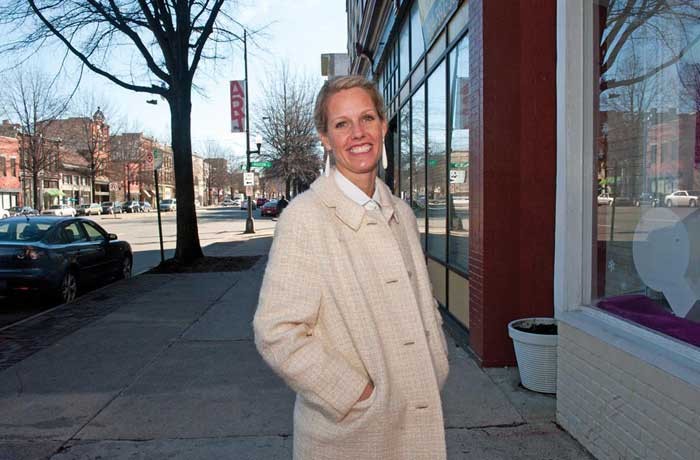 After more than a year of announcements that speak of new developments, drama at First Fridays and various proposals being introduced and abruptly withdrawn, where does the city stand on the creation of a downtown arts district?

An ordinance for one will be introduced to City Council sometime this month, says Peter Chapman, the city's deputy chief administrative officer.

The mayor's proposal was larger, covering an area of roughly 65 blocks that stretched from Virginia Commonwealth University's Monroe Park campus to the State Capitol. The plan was bounded on the north by Jackson Street and on the south by Canal Street.

Both proposals eventually were withdrawn, and intense negotiations between Samuels and the Mayor’s office over the district took place during the summer. Meanwhile, fights involving young people broke out at First Fridays. The September event was canceled, though some galleries stayed open anyway. While all of this was going on, the Jones administration began implementing what it called its ArtBusiness Richmond plan, which Chapman describes as "an economic-development revitalization program."

Altogether, Chapman says, the program has $22 million in loanable assets available for investments and small-business development -- as long as projects fall within the area of the arts district.

The district proposal theoretically would include financial and regulatory incentives for businesses and developments within the geographic area, including permit-fee rebates, an annual allocation for marketing and financial enticements for artists' work spaces.

The construction of artist live-and-work units is under way at 213 E. Broad St. and 214 E. Grace St. through the ArtsBusiness program, and Chapman says that three other sizable projects that he can't discuss yet are coming. He's "had a number of conversations with Councilman Samuels" about the planned proposal, he says.

Samuels declined numerous interview requests, instead providing a written statement that he wouldn't propose new legislation "until there is a buy-in from residents and businesses alike."

As if the picture weren't complicated enough, downtown gallery owners still are divided over the issue of district size. The most vocal advocate for a smaller district is Christina Newton, director of Curated Culture, the nonprofit that organizes and promotes the First Fridays event.

Under the larger plan, Newton says, "almost the entirety of downtown is going to be an arts and culture district." She also disagrees with its planned inclusion of Capitol Square, and wants district nonprofits to be able to get waivers from the city's 7-percent admissions tax.

"I can see the point [of a larger district], but at the same time I feel we are losing our focus," says Geraldine Duskin, co-owner of Ghostprint Gallery.

Other gallery and business owners are more receptive toward the larger arts district, such as Katie Ukrop, owner of Quirk Gallery, and Scott Garnett, co-owner of Lift coffee shop.

"It's not that much larger," Ukrop says of the city's plan to increase the district scope by nearly 40 blocks. "It just includes a few key players." Ukrop serves as vice president of the Downtown Neighborhood Association, a community association of area business owners and residents. She's gathered 500 signatures in support of the larger district, which she plans to present to City Council. "I don't think there was ever the consensus that [Samuels] thought there was" about a smaller district," Ukrop says.

Garnett, a real estate broker who serves as the Downtown Neighborhood Association's treasurer, supports a bigger district in part because it's "more beneficial from a marketing standpoint," he says. "If we get 20 percent more people visiting all these galleries, it's going to benefit everybody."

Ukrop also says that Newton told her she planned to step down as the organizer of First Fridays. Newton confirms this, but recalls being careful to add that "it wasn't going to happen anytime soon." She adds that the Curated Culture board entered into preliminary talks about handing over control of First Fridays to the neighborhood association, or merging it and Curated Culture. But after Curated Culture relaxed its fees for association members, the talks stalled.

Newton says that these maneuverings are an attempted takeover of First Fridays, pure and simple. "I can only assume that a deal has been made with the city to have new downtown district marketing money go to the DNA, and that's why the association wants [to control] First Fridays so bad."

It's also clear that conditions between Curated Culture and some downtown galleries have become strained at best. "First Fridays is such an incredible event, and we don't know who's in charge right now," Ukrop says.

"Anyone who says that they don't know who is in charge is trying to mislead," Newton counters. "Right now I'm working with the participating galleries, handling the social media and writing articles for our media sponsor. I work every day on First Fridays and I continue to coordinate the programming and logistics ... anyone can see that."

The end result of the in-fighting may be that artists and supporters won't be able to speak with a unified voice in talks with the city. And that could lead to an arts district that isn't as effective as it could be. "My concern is that city residents don't realize the impact of what is about to happen," Newton says.

"I think people got frustrated by [arts district talks] because it was such a long process," says Garnett, adding that business owners are used to implementing programs much faster than the pace of government. "It's an arduous process. I think everyone is ready to go. Let's move forward and take this to the next level."