The indie-rock icons of Yo La Tengo bring their curious natures to Style's Shadrock Music Festival. 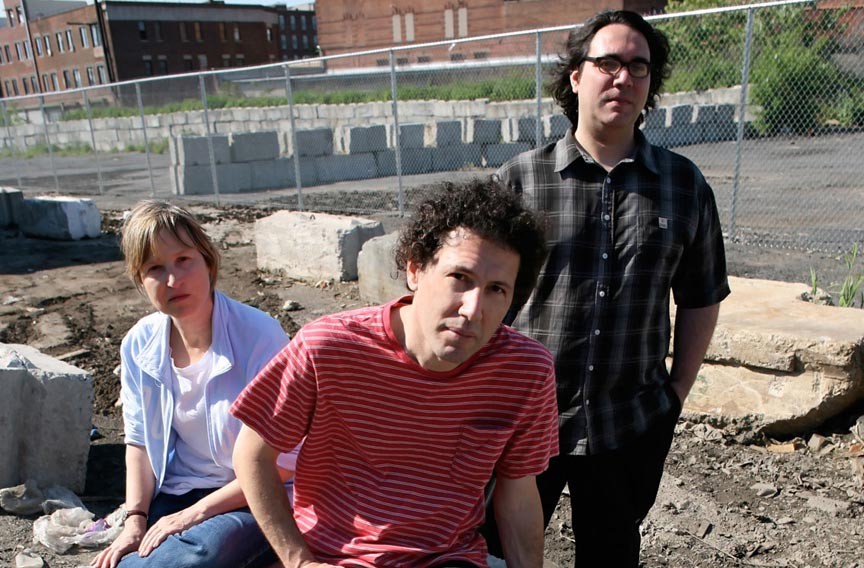 If there were royalty in the indie-rock world, Yo La Tengo would have been knighted a long time ago. In this lame scenario, there likely would be an accompanying video of the band mocking the term indie rock with Technicolor waves of curdling feedback, or a quiet '70s radio staple by Todd Rundgren.

Nearly three decades ago, the band was formed in Hoboken, N.J., by the husband-and-wife duo of guitarist and vocalist Ira Kaplan, a former music writer, and drummer and vocalist Georgia Hubley. They chose the name — Spanish for "I've got it" — based on an anecdote involving a New York Mets player from the early '60s: Venezuelan shortstop Elio Chacón, who would yell the phrase to avoid colliding with other players.

But the lasting formula for the Yo La Tengo sound, a mixture of discordant improvisational jams and thoughtful, soft-shell pop, didn't take shape until the early '90s, after the couple added bass player James McNew, a Charlottesville native.

"When I first started, Yo La had just released 'Fakebook,' which was a very popular record. A quiet acoustic band playing covers. A lot of people came to know the group through that record," McNew says. "Then here we were, an electric three-piece playing 20-minute jams, screeching feedback. People were not happy. But over the years, the people that know us, know they'll get everything. It's all a part of our personality. We combine those elements. I think that's the key to happiness."

Growing up, McNew played in a few local Charlottesville bands that didn't do much. But he says it was a Richmond hard-core band, Honor Role, that played a pivotal role in his early musical education.

"Oh my God! I believe they played on New Years Day at DC Space, 1990. I think of that show every time I play, or go to a show. That was the best show I ever saw," he recalls. "I thought they were the best band in the world in the late '80s — and I liked all their related projects after they split up. ... I'm a lifelong fan of Pen Rollings, the guitar player. And the fact he wore pajamas onstage."

Another very different group that had an effect on him will share the stage at the inaugural Shadrock Music Festival: De La Soul.

"I'm beyond geeked to be playing with them," McNew says. "'3 Feet High [& Rising]' was an important record for me." A couple of years ago, McNew even asked member Maseo to remix the Yo La Tengo song, "Here to Fall." The resulting track set the band's fuzzy guitar and soft vocals to a hard snare backbeat. "Amazing ... I think raw is a good word for that remix."

While Yo La Tengo is known for its annual hometown Hanukkah shows at Maxwell's and fundraising for legendary Jersey community radio station WFMU, the band is forging a second career as soundtrack artists. "We like soundtracks to create their own universe and create a singular theme," McNew says. "Once the opportunities came [in 2004], we were dying to do it. To find a brand new way of working after 20 years was really fun."

He adds that the band has been happy with all the films it's worked on too, mentioning a few in particular "I liked 'Adventureland.' 'Old Joy' was great. 'Short Bus' I loved. 'Junebug' was really important for us to do."

Soundtracks always were a big part of the band members' record collections before they started writing them. "We liked Italian stuff, soundtracks by Goblin, who did the Dario Argento films. A lot of Morricone, Serge Gainsbourg, John Carpenter's 'Assault on Precinct 13' was a killer." But it isn't a major revenue stream for the band members. They do it instead for the working challenge and the love of films. "It's not like we're doing 'Titanic,'" McNew says. "But we would if 'Titanic 2' were offered to us. ... Maybe it would be on a train this time. I should really take a meeting on that."

Recently, McNew says Yo La Tengo has been writing new material for a record it plans to record soon — but he's tight-lipped. He does say they won't be playing these songs in Richmond. We'll be treated to the band's regular full-on rock show. It also just began work on a documentary film by Sam Green about Buckminster Fuller. A San Francisco performance already is sold out, even though the band has yet to write the music.

The band has covered a wide variety of great songs through the years, so much that it's helped define its own direction. "Any cover you do, you gain some amount of insight into how that was created. I think it informs how you play your instrument as well as writing. You soak it all up — whether it's Sun Ra or Black Flag."

Simply put, the band plans to keep mixing things up.

"I don't want to say we get distracted easily," McNew says, "but we are usually up for stuff we've never done before. That has kind of governed the spirit and decisions of the group. We're curious." S

Yo La Tengo will perform with De La Soul, Dum Dum Girls, Shabazz Palaces, Kepone, Kid Is Qual, Invisible Hand and Photosynthesizers on April 28 as part of the Shadrock Music Festival. $35-$100. For tickets and information, go to shadrockmusicfest.com.