Theater Review: “You Know I Can’t Hear You When the Water’s Running"

The laughs are there but the water’s a little stagnant in Swift Creek Mill’s latest production. 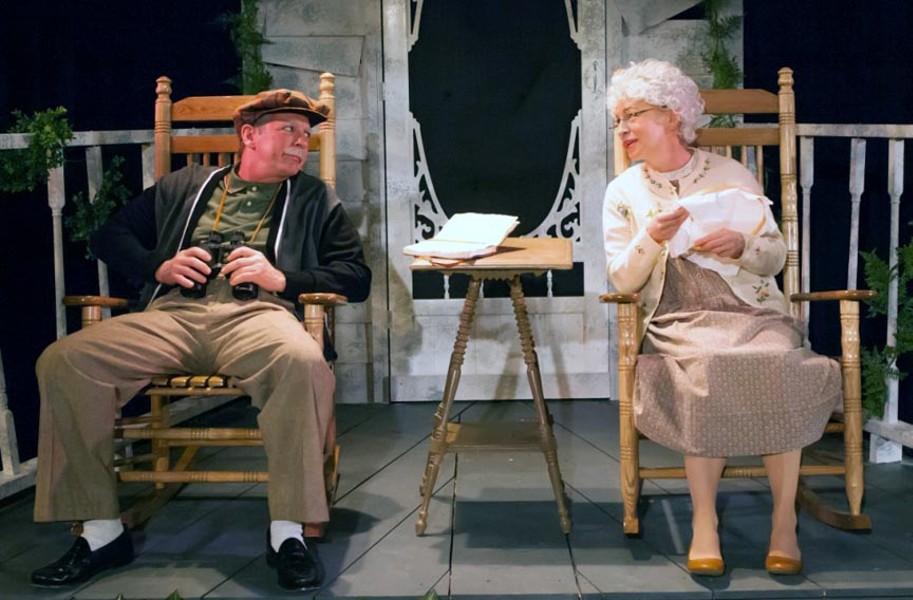 Robyn O'Neill The one-act “I’m Herbert,” with Richard Koch and Vickie McLeod, is a standout of the somewhat creaky “You Know I Can’t Hear You When the Water’s Running.”

If you think staging a string of one-act sex comedies from 1967 sounds like it might run the risk of being outdated, you’d be correct in your skepticism.

Robert Anderson’s “You Know I Can’t Hear You When the Water’s Running” probably was a gut buster in its time. But as it’s staged at Swift Creek Mill Theatre, the laughs feel a bit stale. Loosely themed around sex and relationships, these four one-acts creak with age.

The best offering of the evening is “I’m Herbert.” Richard Koch and Vicki McLeod portray an elderly couple who amusingly confuse each other’s names, each other’s former lovers and their own identities. Like all of the evening’s offerings, it runs about five minutes too long, but Koch and McLeod wring out all of the script’s laughs.

In “The Shock of Recognition,” playwright Jack (Koch) tries to explain to his producer Herb (Frank Creasy) why he wants to open his latest work with a nude man onstage with unimpressive, ahem, attributes. Herb takes great joy in terrorizing his young, prudish secretary, Dorothy (Louise Mason), with Jack’s premise. In the era of “Rowan and Martin’s Laugh-In” this probably was a howler. In the age of “The Hangover” franchise, it feels out of touch.

After decades of sharing a queen-sized bed in “The Footsteps of Doves,” married couple George and Harriet (Andrew Hamm and McLeod) bicker over the decision to replace it with twin beds. Distraught at the loss of his sleeping partner, George somehow becomes convinced that the twin mattresses are the right decision after a young woman (Mason) makes eyes at him.

You expect that the gender dynamics portrayed are 50 years old, but the whole thing is annoyingly patriarchal if not altogether casually sexist.

The worst of the quartet is “I’ll Be Home for Christmas.” The scene begins promisingly. Edith (McLeod) challenges the views of her husband, Chuck (Creasy), on discussing sex, especially in relation to their teenage children. While at first it seems like the show might espouse some progressive view, it suddenly takes a melodramatic turn, and the audience is somehow supposed to feel sorry for men like Chuck because they fought in World War II.

Under John Moon’s direction, Koch, Creasey, Mason, Hamm and McLeod pull out some moments of true hilarity, but overall, the show feels like it should have been left in the decade for which it was written. In the way that you can forgive a sexist line from a 1930s film for being of its time, perhaps this script just hasn’t aged enough to become charming again. S

“You Know I Can’t Hear You When the Water’s Running,” plays through July 18 at Swift Creek Mill Theatre, 17401 Jefferson Davis Highway. For tickets and information visit swiftcreekmill.com or call 748-5203.