Sycamore Rouge's Shakespearean comedy frolics in a pocket of mirth. 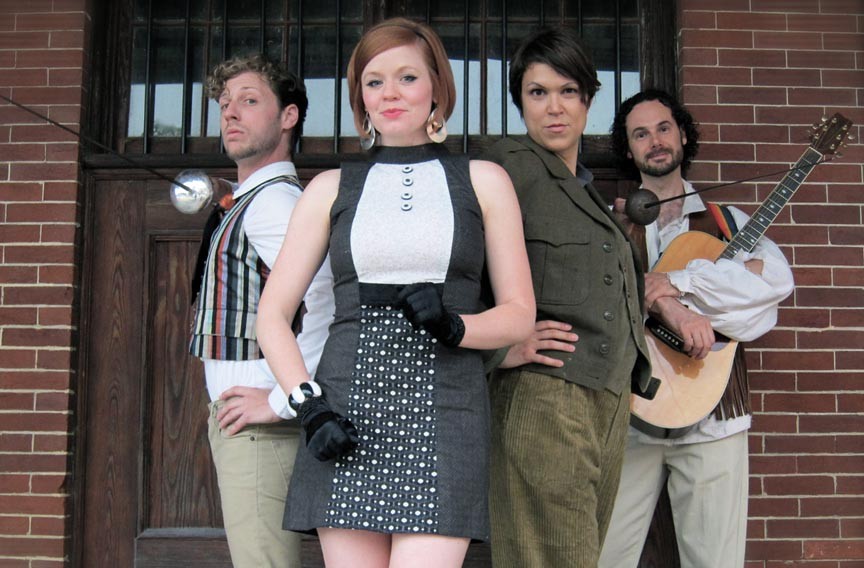 There's a lot of discussion in theatrical circles about venue: what shows work best in which kind of performance space, how a show can be engineered to fit a specific stage and so on. While this kind of talk might seem esoteric to the casual patron, venue is key to the appeal of Sycamore Rouge's summer production of "Twelfth Night."

Tucked inside the Petersburg Area Arts League pocket park, director James Ricks has fashioned this Shakespeare comedy so that it fits the space perfectly: cute, quirky and breezy. The production fills the charming little park with laughter and music.

In fact, music is the first indication of a unique vision at play here. The production's cast enters singing the Four Seasons' hit, "Walk Like a Man." The song playfully introduces the show's key device: After a shipwreck, Viola (Bianca Bryan) washes up in a strange town and decides to disguise herself as a man to join the court of the local Duke, Orsino (Charley Raintree). Orsino has fallen madly in love with Olivia (McLean Jesse) and sends his new steward to woo her. But of course, Olivia ends up falling for Viola not realizing she's a woman in disguise. Amidst the romantic misadventure, a bawdy subplot plays out involving the humiliation of Olivia's haughty steward Malvolio (Nick Aliff).

Before the end of the play, Ricks will cleverly employ songs such as "Hide Your Love Away" and "Prisoner of Love" as a counterpoint to the plot's machinations. The production's eccentricities include a mischievous costume design by Shea O'Neil who puts the slapstick Sir Andrew (Matt Shofner) in a wee little orange tie while outfitting Olivia in stunning form-fitting dresses. The downfall of Malvolio could seem a bit cruel if not for the inspired performance by Aliff, whose dourness begs to be mocked; watching him try to smile is a comic highlight.

Aliff gets deft support from his fellow castmates, starting with Jesse who makes Malvolio's boss a model of over-the-top self-involvement. Alexander Sapp shines in a small role as the twin brother Viola assumed to have died in their shipwreck and who shows up to add another layer of confusion late in the play. Bryan and Raintree are both engaging, though I wish Ricks had found more opportunities to show the unexpected romantic chemistry that develops between their characters. Providing musical accompaniment on acoustic guitar, Jeremy Gershman also takes some nice turns as the fool Feste.

The breezy quality of the show is reinforced by Jonathan Hardison as Sir Toby and Shofner as his sidekick. The actors prove a prodigious duo, hilarious in their drunken revelry and manic in their execution of many physical hijinks. Just as the park where it's performed provides an unexpected slice of urban green space to enjoy, this production injects a surprising burst of mirth into the summer theater season. S