The savior goes down to Georgia in Virginia Repertory Theater's folk-rock musical. 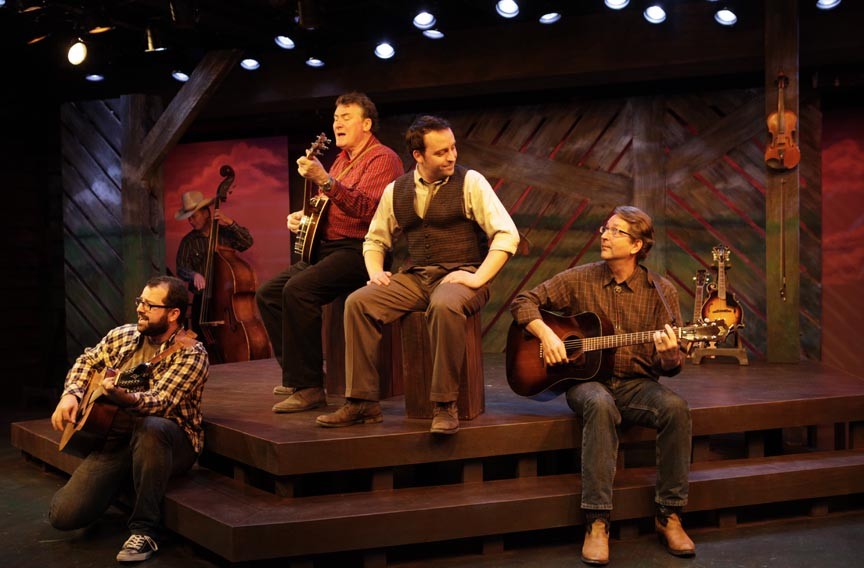 Jesus was born in an abandoned trailer behind a motel. On the evening of his birth, three wise men appeared, bestowing gifts of cologne, peach candles and an American Express card. To avoid the wrath of Governor Herod, father Joseph smuggled the infant savior to Mexico.

In "Cotton Patch Gospel" at Virginia Repertory Theatre's Hanover Tavern, the story of Jesus has been transported to modern-day Georgia. Based on Clarence Jordan's series of books, this musical by Tom Key and Russell Treyz aims to retell the gospels of Matthew and John in an entertaining and relatable way.

While the backing cast members are uniformly energetic and amusing, under Perkins' musical direction they sing flat throughout. Chase Kniffen's direction keeps the show running smoothly, and Terrie Powers' set design of aged wood against a blue sky emphasizes the link between heaven and earth.

Though the show isn't particularly challenging for the audience, "Cotton Patch" is interesting in how the perception of certain events change with their modernization. When Jesus cleanses the temple of money changers in this version, for example, he comes across a bit more like someone unhinged.

Perhaps the show's strongest element is its score, written by folk-rock singer and songwriter Harry Chapin. Numbers such as "Are We Ready?" and "We're Gonna Love It While It Lasts" are just as catchy as some of Chapin's better-known work.

But Virginia Rep's decision to cast only white men strikes an odd note. Given that the story takes place in Georgia and carries a message partially concerned with social justice, it would have made sense to cast at least one black actor or musician. And given the importance of figures such as Jesus' mother, Mary, to the story, it wouldn't have hurt to have thrown a woman into the mix.

Between the show's Christian message and corny jokes, you might sometimes feel like you're watching a performance of "Godspell" crossed with an episode of "Hee Haw." While "Cotton Patch" has its problems, overall it's an entertaining and engaging retelling of the story of Jesus. S