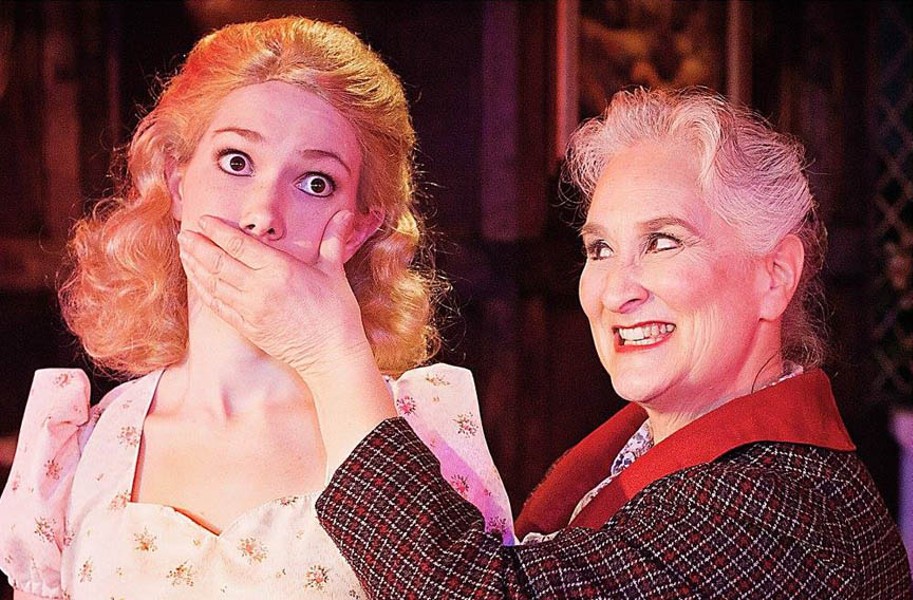 "Something’s Afoot," a musical parody of the classic whodunit in the style of Agatha Christie, is so on the nose it includes a musical number acknowledging its connection to the famous British mystery novelist.

The plot of the show at Swift Creek Mill directly references Christie’s most famous mystery novel, “And Then There Were None.” Like that novel, “Something’s Afoot” begins when a group of strangers, each one embodying a stock character or type, arrives at a grand manor house belonging to a mysterious and elusive host.

The fun-filled weekend they expected soon sours as one by one, guests and staff begin to drop dead in increasingly strange and unexpected ways.

It’s a familiar setup to any fans of the mystery genre, and Swift Creek Mill handles mystery well — as it recently did with “Death Trap.”

Tom Width’s set design is reminiscent of the design for that show, but it’s an effective makeover. As with “Death Trap,” the setting is the interior of the house — one large front room, with a few elevated areas and doors to offstage rooms. The main room, full of interesting items, pictures and other wall decor, creates the initial suspense.

Walking in, you can’t help but wonder which item will help commit a murder. Will it be the maid with the candlestick in the parlor? Paying attention to these possibilities is one of the joys of the genre, and Swift Creek Mill consistently delivers on that front.

Width’s direction emphasizes physical humor, suspense and surprise, with the help of some clever and effective special effects for the slew of odd and unexpected onstage deaths. A mystery of this variety is always a double-edged sword. It can be such fun to watch actors interpret familiar character types, but they also might not do so for long.

Some promising performances are cut short with the lives of the characters, and there’s occasional overacting — which perhaps can be attributed to the parody element. But some performances are spot-on. Jacqueline Jones is perfect as Miss Tweed, the detective character in the vein of Christie’s “Miss Marple,” and John Mincks is maniacal and hilarious as Nigel Rancour, the absent host’s drunken nephew and possible heir — a prime suspect!

Ann Easterling’s choreography is playful, often adding to the comedy of the script. But the musical direction is its downfall. Vocal performances were weak, sometimes grating and sometimes off-key. When a musical number doesn’t work, it seems to drag on.

But it doesn’t spoil the production, and there are enough successful song-and-dance moments, good laughs and surprising special effects to keep it interesting. S