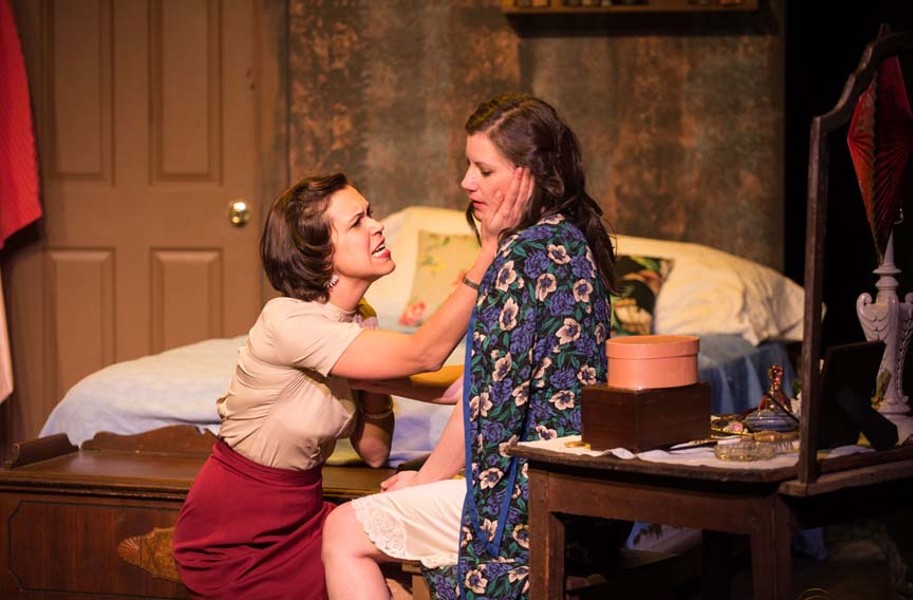 If you've seen only the film version of "A Streetcar Named Desire," you might be surprised to learn that Hollywood gave the Marlon Brando flick a slightly happier ending.

If you're familiar with the play, you might be surprised to find that the production at Firehouse Theatre Project has changed minor parts of the script.

The Mexican Woman's chant of "Flores para los muertos," for example, has been translated to "Flowers for the dead." But the changes have been submitted for approval, artistic director Jase Smith says, and the theater has permission to perform the altered version until a final decision is made.

There are standout performances, staged on a stylishly rundown set designed by Edwin Slipek, Style Weekly's senior contributing editor. But some choices by director Tawnya Pettiford-Wates mar the production.

In Williams' Pulitzer Prize-winning script, genteel Southern woman Blanche DuBois (Bianca Bryan) goes to stay with her sister, Stella (Lauren Marie Hafner), and her brutish husband, Stanley (Joe Carlson), in New Orleans. Blanche has lost the family's plantation in Mississippi, and she and Stanley don't exactly get along. While Blanche's facade of dignity is slowly picked apart by Stanley, the story shows one woman's unraveling.

Carlson is pitch-perfect as Stanley Kowalski — powerful, cruel and strutting his stuff as rooster of the hen house. The role requires an actor who is both physically and psychologically imposing, and Carlson explodes on stage.

As Blanche's love interest, Charley Raintree gives an open and sincere performance as Mitch. When Mitch discovers that things aren't what they seem with Blanche, Raintree projects the hurt. In casting the slim actor, this production has slightly altered the script to accommodate, saying he is a "tall man" instead of a heavily built man.

For all the pyrotechnics of the Stanley role, it's Blanche who's the linchpin of any "Streetcar" production. It's through this character's eyes that the audience enters and leaves the Kowalski residence. And for all of her fakery, Blanche is with whom the audience empathizes. While some of her choices are interesting to watch, Bryan generates little compassion with her performance. Hafner is passable as her sister, Stella, excelling in more dramatic moments such as the show's final scene.

Modern productions of "Streetcar" sometimes go for a less realistic interpretation of the play than its original staging. Pettiford-Wates seems to attempt both, having characters complete set changes and staging scenes in slow motion. Neither decision works, with the slow-motion fights unintentionally amusing and the last scene change taking about a minute — an eternity on the stage.

Secondary characters are played broadly to the point of caricature, and their accents are so thick at times they're unintelligible. Though no dialogue has been altered, the character of Pablo Gonzales has been changed to Percy Delacroix in the program, to reflect the casting of black actor Jeremy V. Morris. Certain moments — such as Stella reclining on the kitchen table at the end of the first act — seem ridiculous and out of place.

The three-piece band offers sultry tunes between scenes, and Devario Simmons' costumes fit the period and characters as seamlessly as a wife beater on Stanley's torso. But some of Pettiford-Wates choices are enough to suggest waiting for the next streetcar. S

"A Streetcar Named Desire" plays through May 17 at Firehouse Theatre Project. For information, visit firehousetheatre.org or call 355-2001.