David Lindsay-Abaire writes just the kind of plays Anna Johnson, the artistic director for Cadence Theatre Company, likes to direct. “I have a huge passion for contemporary theater and David thinks deeply about how we live our lives today,” says Johnson. “I would be a big fan of his even if I didn’t know him.”

But Johnson does know Lindsay-Abaire. They were classmates at Sarah Lawrence College and his wife, Chris, is one of her best friends. Johnson has watched with pride as Lindsay-Abaire has emerged as one of the leading voices in American theater, winning a Pulitzer Prize for his family drama, “Rabbit Hole,” along the way. He has translated his stage success into a career in movies, penning the screenplay for the films “Robots,” “Oz the Great and Powerful” and the upcoming remake of the classic spookfest “Poltergeist.” 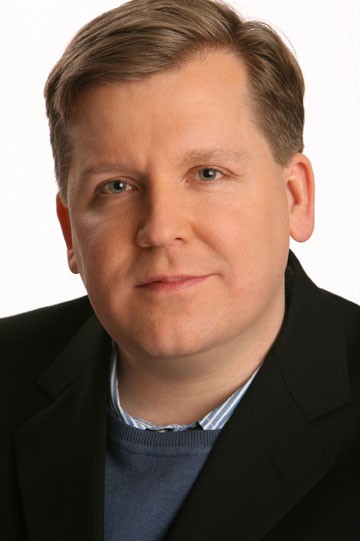 “We met in acting class,” says Johnson. “After we graduated and I came back to Richmond, I used to save my pennies to go see David and Chris in the summertime.” Lindsay-Abaire had gone on to Julliard where he was studying under Christopher Durang before bursting onto the theater scene with his popular comedy “Fuddy Meers,” the story of a woman who wakes up each morning with no memory of her past. He followed it up with “Kimberly Akimbo,” about a young woman who is aging at more than four times the normal rate, which Johnson staged two years ago to rave reviews. While Lindsay-Abaire is known for his offbeat humor, Johnson says, “He’s never just silly for silly’s sake. There are always underlying messages.”

Lindsay-Abaire’s work took a turn toward more realistic drama with “Rabbit Hole,” that recounts the struggles a family has in dealing with a tragic accident. That continues with his latest play, “Good People,” currently being staged by Johnson’s company on the Theatre Gym stage at the Virginia Rep Center downtown.

“It’s a great study of class in America,” says Johnson. The show is set in south Boston where Lindsay-Abaire grew up and depicts a clash between a struggling resident of the neighborhood and a former boyfriend who escaped it. “David has said he needed to grow up a lot to write this play,” says Johnson.

Johnson maintains close ties with the Lindsay-Abaires: Chris serves on the Cadence Theatre Company board of directors and he asked David to participate in a talk-back session with local fans during the run of “Good People.” She says it was a little surreal last time she visited the couple and their children, now living in Brooklyn. “We’d have dinner and coffee and then he’d go upstairs and write ‘Poltergeist.’”

The conversation with David Lindsay-Abaire will be from 5-6pm on Tuesday, Nov. 5th and will be moderated by David Timberline. It is free to the public and will be held on the Marjorie Arenstein Stage at the Virginia Rep Center, 114 West Broad Street. “Good People” runs through November 9th. Call 282-2620 for tickets and information.