The Zen of Daniel Clarke

The acclaimed Richmond musician makes inroads as a sideman to the stars. 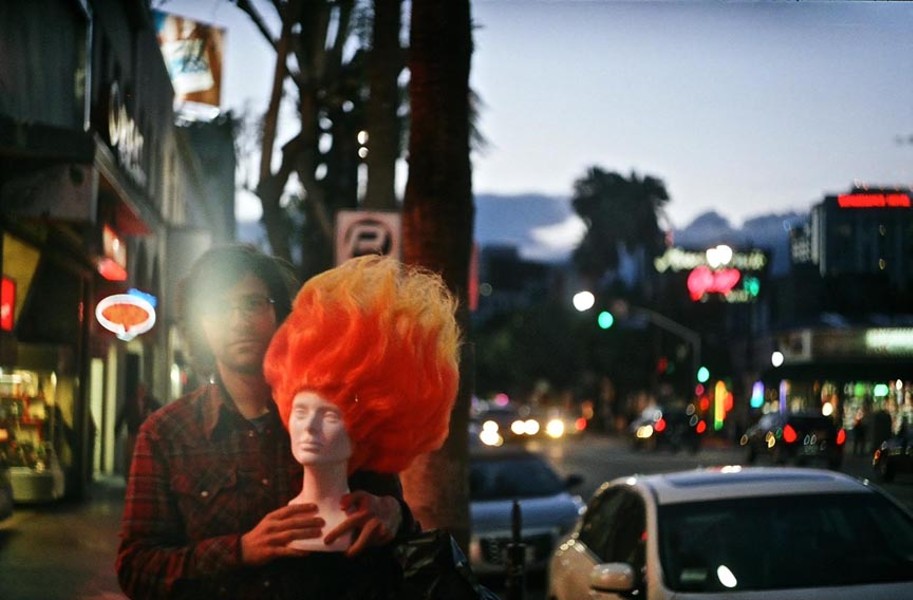 Ryan Adams Richmond-based pianist Daniel Clarke, in a photo taken by musician Ryan Adams, is releasing an EP on Adams’ label in a few weeks.

Pianist Daniel Clarke’s greatest asset may not be his talent, which is prodigious, or his charm, which is substantial.

His not-so-secret appeal is the genuine, borderline-inspirational joy he takes in others.

He deeply admires the great alt-country torch singer K.D. Lang, with whom he’s been writing songs. He’s a longtime fan of Ryan Adams and says he’s humbled to be playing with him in huge, fancy venues and on such shows as “Late Night with David Letterman.”

But he’s just as engaged and cheerfully creative playing a hometown gig with John Wynn and Brian Jones at Crossroads Coffee and Ice Cream. For Clarke, it’s the playing that matters.

His big break came in October 2006 when Jones recommended him for a recording session for singing actress Mandy Moore. She recruited him for her touring band, visibility that opened the doors to other gigs. “Opportunities come from the funniest places,” Clarke says.

Soon he was playing with the Court Yard Hounds, the less controversial two-thirds of the Dixie Chicks. After Moore married Ryan Adams, Clarke started touring with him. And Josh Grange, who played pedal steel for Moore, introduced him to Lang.

But what Clarke talks about with greatest animation isn’t stadium gigs, or late-night television appearances, or rubbing elbows with celebrities. It’s meeting the less famous musicians behind the music.

He met the great session guitarist Waddy Wachtel at a Stevie Nicks gig. He recalls lying on a couch when veteran bassist Leland Sklar, who has played with James Taylor and Warren Zevon, walked by. He recently finished a Butch Walker session where he played with Husker Du’s Bob Mould and drummer Pete Thomas of Elvis Costello’s Attractions. None of them is a household name, yet all of them are legendary players.

He’s also playing a big role in the all-star School for the Performing Arts in the Richmond Community event in Richmond on June 7 — “Live Art: Soul,” which features, among others, Mandy Moore.

Leaving the provincial city for the bright lights of New York and Los Angeles was the expected career trajectory in the pre-Internet music industry. It’s a path Clarke has brilliantly followed, but it may be disappearing behind him.

“I still love Richmond,” he says. “I am really proud about the young cats. They are doing so well and the game has changed. I am grasping at what is happening. … Facebook is not for me.”

In the next few weeks Clarke is releasing an EP on Ryan Adams’ label. “Diamonds” is a winning collection of funky songs, delivered by Clarke in a surprisingly assured falsetto. “Ryan is a North Carolina kid, he is down with soul music,” he says. “I am singing like Curtis Mayfield, playing the keyboard, trying to find that simplicity. Not just trying to play the song, trying to make it something. ”

He recalls a night in London in the middle of a tour. He was off and Virginia Commonwealth University-trained drummer Nate Smith was playing at Ronnie Scott’s famed club just down the street.

“I don’t get to just listen to players like that so often,” Clarke says. “It was very good, then it was great, then, all of a sudden, it was the best thing you ever heard in your life.”

Ryan Adams performs at nTelos Pavilion in Charlottesville on May 3 with Jenny Lewis.