The Year in Food

A look back at openings, closings and the national love for Richmond. 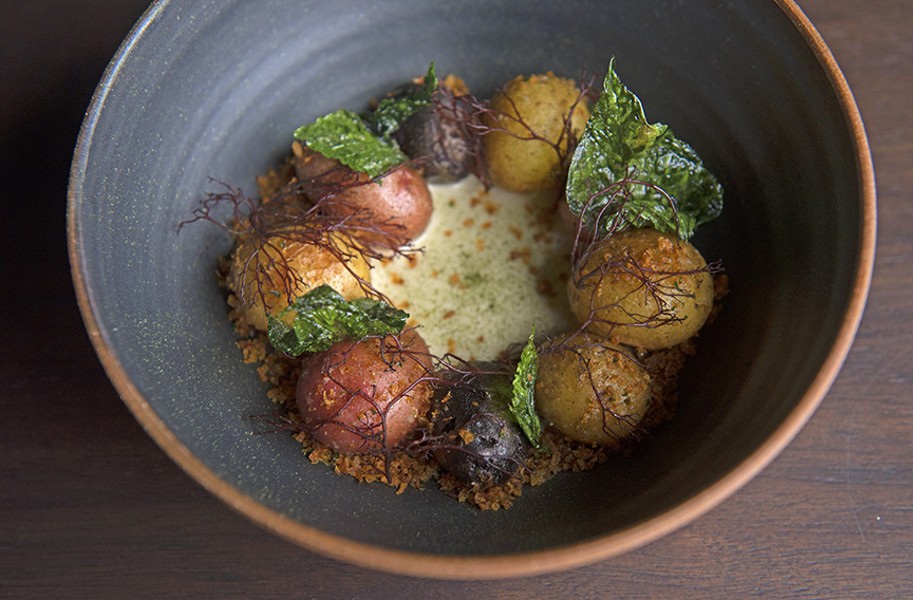 Any way you slice or dice it, they like us, they really like us. Consider 2019 the year the national press couldn’t stop acknowledging what local eaters already know: Richmond is a food town with serious chops. 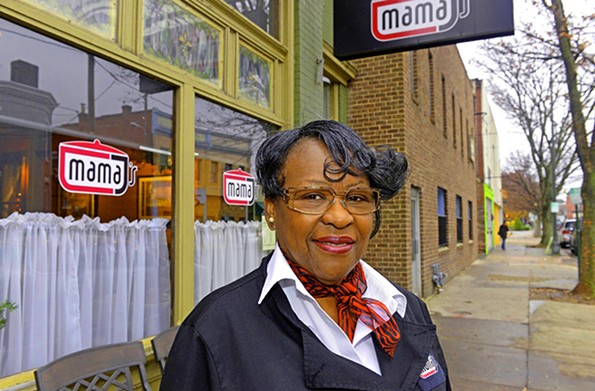 In September, Bon Appetit named Longoven one of the 10 best new American restaurants, calling it the most unlikely standout fine-dining restaurant in America, but also noting that “there’s a refreshing graciousness and hospitality — a sense that everyone is actually happy you’re here.” High praise, indeed.

For the second time, Washington Post food critic Tom Sietsema braved the drive down Interstate 95 to eat his way through River City over a weekend, favorably reviewing Longoven and Alewife while giving nods to ZZQ, the Laotian-themed Temple and newcomer Adarra. Alewife also got props from Esquire magazine, which ranked it sixth on its list of best new restaurants in America, quipping that the eatery felt like “a feast aboard a friendly pirate ship.” Yo, ho, ho and a bowl of soft-serve. 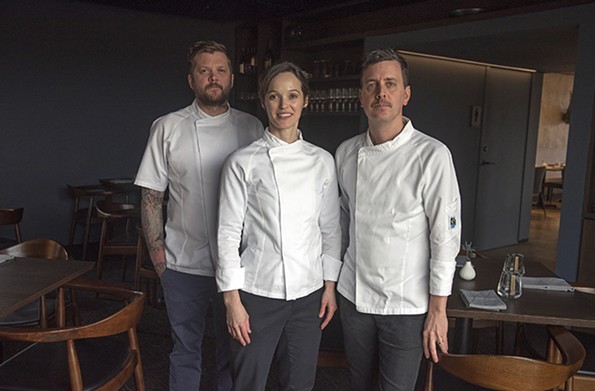 ZZQ’s brisket landed at No. 10 on Big 7 Travel’s list of the 50 best spots for barbecue in America, while Food Network deemed its beef ribs the tops in the state. Garden & Gun magazine’s guide to the best new Southern barbecue joints also gave ZZQ a shout-out. Truth be told, local fans know it’s all good at ZZQ. 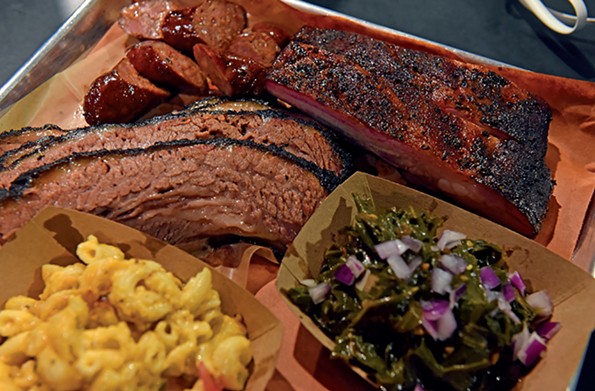 Surprising absolutely no one who’s ever had its Jewish sailor, Perly’s Restaurant & Delicatessen was dubbed one of “14 new names to know” in Food and Wine magazine’s list of America’s best Jewish delis, insisting “you’ll not find a finer matzo ball soup for miles around.” The magazine also named Mama J’s one of “19 great restaurants to work for” in the entire country, no small accolade for an industry defined by turnover. 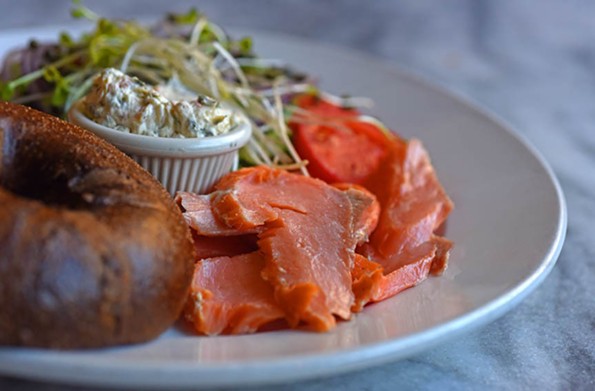 USA Today put up with brain freeze to anoint Charm School Social Club, with its distinctive flavors and vegan frozen version, the top ice cream spot in Virginia. Then came Thrillist, proclaiming Secret Sandwich Society one of the best sandwich shops in America, without mentioning whether or not its tasters were able to actually finish one of the behemoth sandwiches.

Lest all the attention go to food, Richmond’s drinking game also turned heads nationwide. Carytown’s the Jasper was recognized as one of the 10 best cocktail bars in a USA Today list fashioned by restaurateur and bartender Kate Gerwin, the first woman and first American winner of the Bols Around the World Bartending Championship. Saison bartender Sophia Kim took top prize in Woodford Reserve’s Manhattan Experience, after winning the Woodford Reserve Manhattan Experience cocktail competition regionals in Richmond for three straight years. 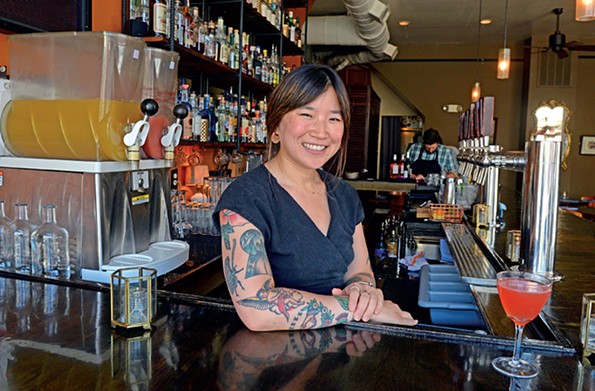 You could also call 2019 the year that Richmond’s restaurant scene went over the top, as evidenced by: the opening of a restaurant devoted to nothing but brunch; the birth of the Veil Stout bagel, a marriage of Richmond’s hyperactive beer scene with its favorite hometown bagel; and the Thanksgiving Eve line at Proper Pie where people camped out in chairs and a queue stretched the length of the block 15 minutes after opening. Add the return of Dutch & Co.’s back-door dogs and the introduction of Truckle Cheesemongers to Blue Bee Cider and it’s tough to deny the embarrassment of food and drink riches we enjoy here.

Some of the year’s best news came from the Alcoholic Beverage Control Authority. Yes, you read that right. After years of archaic restrictions, July first inaugurated a era in which establishments could finally and lawfully advertise happy-hour specials. Almost as big a deal was a change in the law that allows ABC stores to open at 10 a.m. instead of noon on Sundays. The latter is widely considered to be proof that the state is at last beginning to embrace Virginia’s burgeoning distilled spirits industry — 61 licensed distilleries and 11 more in the works.

The subject of restaurant critical mass has been a hot topic among food warriors for a while now and the year’s inevitable closings were a bittersweet reminder. After 15 years, Virginia Commonwealth University mainstay Elephant Thai shuttered, citing increasing rent as the reason. Pasture on Grace Street was put out to, well, pasture after nearly eight years, and Fan mainstay Baja Bean Co. closed its doors after two decades, citing market saturation as the main reason. Pearl Raw Bar in the Fan is no more, with the owners promising a revamped concept down the road. Cha Cha’s Southwest Kitchen & Bar said adios to Shockey Bottom, Little Saint bid adieu to the Museum District and Mean Bird flew its Main Street coop. Perhaps the most unexpected farewell was Scuffletown Garden, which closed up shop after only five months, citing an inability to “provide acceptable return on investment to their investors,” according to its farewell Facebook post. And while the 30-year-old Richmond grande dame Millie’s isn’t closing, it is saying so long to dinner service while maintaining a legendary brunch, as well as lunch.

Yet for every eatery that closes, another debuts, with Adarra, Brunch, Carmela’s, Fire & Hops, Gersi, Grisette, Hotel Greene, Manchu, Mantu, Parterre, Poor Boy’s and Sheep Hill Bistro, to name a few, throwing their hats into the ring this year.

Some of 2019’s losses were especially poignant, leaving the imbibing community in mourning twice. Such was the case with the unexpected passing of Quy Pham, the beloved, longtime bartender at Mekong, who died while competing in a triathlon, and Michael Brandt, the head brewer, winemaker and co-owner of Garden Grove Brewing & Urban Winery in Carytown. Pham was memorialized by the Veil Brewing Co., which produced a limited edition chocolate milk stout to honor him, donating all proceeds to his wife and children.

So where does this year of accolades leave us? Pretty damn lucky to live in a city whose food game exceeds its size, as anyone who travels for business can attest. Headed to Memphis — a city three times the size of Richmond — a local computer-security specialist inquired of the client he’d be seeing where he should eat.

“You’re from Richmond?” asked the man, a Memphis resident whose daughter attends the College of William & Mary. “That’s a foodie town, so nothing in Memphis will come close to what you’re used to.”

Hallelujah and pass the gildas.